A new study has found that buses on West Georgia Street, if traveling on designated bus-only lanes, can carry more people quickly with less road space and minimal capital investment.

Running from Beatty Street to Stanley Park, the corridor is one of the city’s major arteries, providing a vital connection between Vancouver and the North Shore’s municipalities of North Vancouver and West Vancouver via the Lions Gate Bridge.

Currently, there is just one westbound HOV lane during the evening peak hours, resulting in delays and unreliable transit service.

According to the study through Simon Fraser University’s Urban Studies program, West Georgia Street accounts for 14 per cent of all transit trips in downtown Vancouver – about 14.25 million trips of 87.92 million trips. Buses run as frequently as 22 buses per hour.

But the 11 bus routes that carry these passengers are hampered by right turning vehicles on the curb-side lane, which significantly reduces the full potential capacity of one lane of traffic.

On average, each bus that uses the West Georgia Street corridor is delayed for two minutes per 200-metre-long city block and some delays are up to five minutes for such a stretch.

To address these issues, study authors Samuel Baron and Darren Proulx have proposed the implementation of bus-only lanes on the curb-side lane in both directions as well as right turn restrictions and phased right-turn traffic signals at specific intersections.

“We should ensure that people can get to their destination reliably on transit without being held up by a single vehicle turning right,” Baron and Proulx told Vancity Buzz in a joint statement.

The researchers also recommend long-term investments such as a traffic signal priority system for buses, all-door boarding and fare machines at bus stops. Additional investments could turn the corridor into a bus rapid transit route with the construction of street-level bus platforms and usage of articulated buses.

When asked whether removing two of the six lanes of normal traffic would create more congestion on the already heavily-congested route, they suggested such changes could be offset by an increase in transit ridership.

“Congestion is frustrating for everyone involved. However it is a false belief that more road capacity will mean better traffic flow,” they said. “It’s been proven over and over that you can’t build your way out of congestion because of a phenomena called Induced Demand.”

“By contrast, providing people with safe, efficient and secure alternatives like walking, cycling or transit can actually improve traffic flow because of a phenomena called Disappearing Traffic. In fact, more efficient bus service may actually improve vehicle flow as people may shift their transportation behaviours.”

Baron and Proulx believe Burrard Street in downtown Vancouver could be another ideal candidate for bus-only lanes. The north-south route is another wide artery and its curb-side lanes are used for street parking during most hours of the day and weekends. The curb-side, bus-only lanes are only in effect during the weekday peak hours.

Some investments have been made by the provincial government in recent years to improve traffic flow and safety along the route leading to and from the Lions Gate Bridge, which is used by 70,000 vehicles per day.

In 2011, two bus-only lanes and traffic signal prioritization were built on the north end of the Lions Gate Bridge to allow buses to move more quickly by skipping the bridge approach’s traffic congestion. The project cost $34 million and was jointly funded by the provincial government, federal government and TransLink.

And earlier this year, the provincial government and Vancouver Park Board approved plans to widen the Stanley Park Causeway to accommodate the addition of dedicated and widened bike lanes and pedestrian sidewalks from the Lions Gate Bridge to the start of West Georgia Street. Construction will begin in 2016. 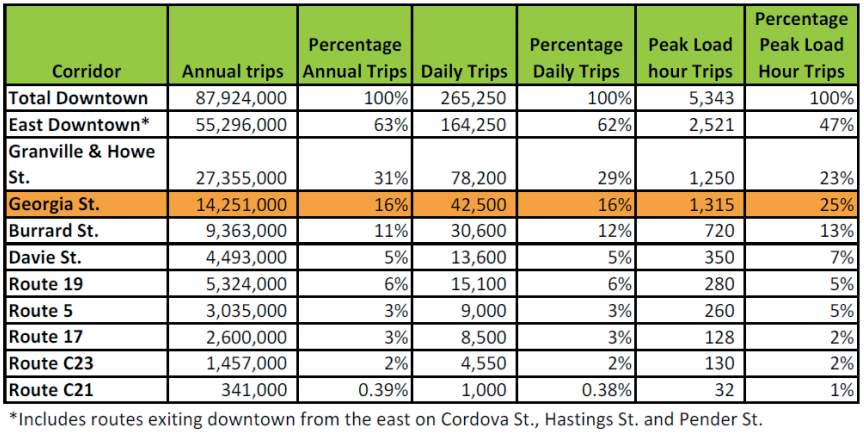 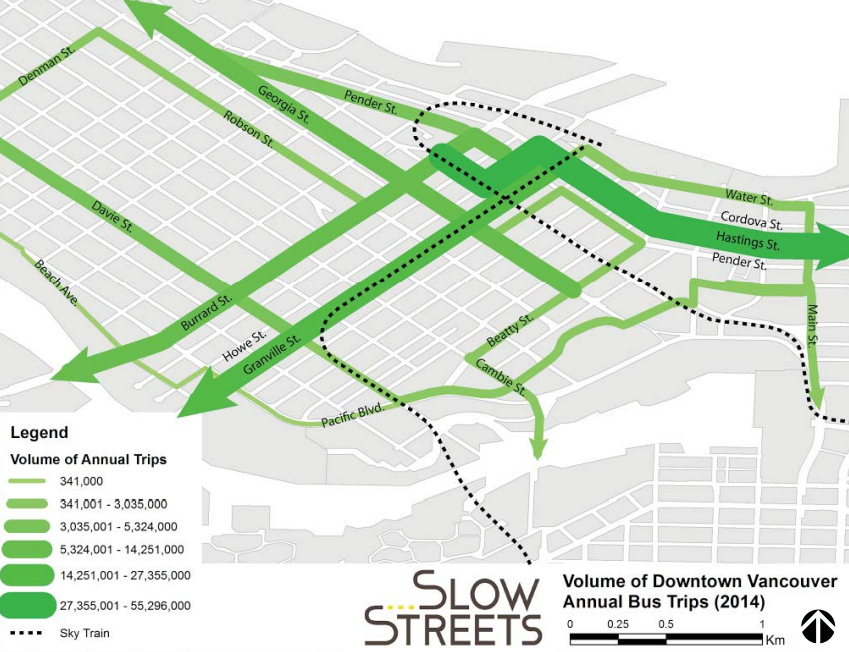