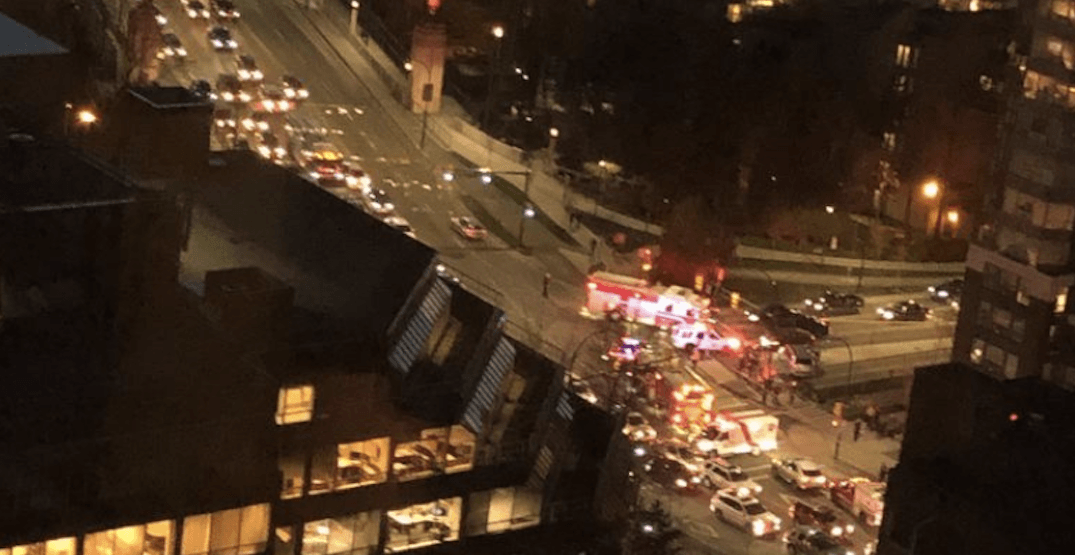 Drivers who normally use the Burrard Bridge to make their way in and out of the city’s downtown core should look at alternative routes to do so, as an accident on the end of the bridge is causing big delays and backups this evening.

According to reports, the accident is at the intersection of Burrard and Pacific streets.

Southbound Burrard is blocked, and eastbound Pacific is blocked as well.

Details on the incident are slim at this point, but photos show traffic backing up right across the bridge deck.

An accident is currently causing backups on the Burrard Street Bridge. (Daily Hive)