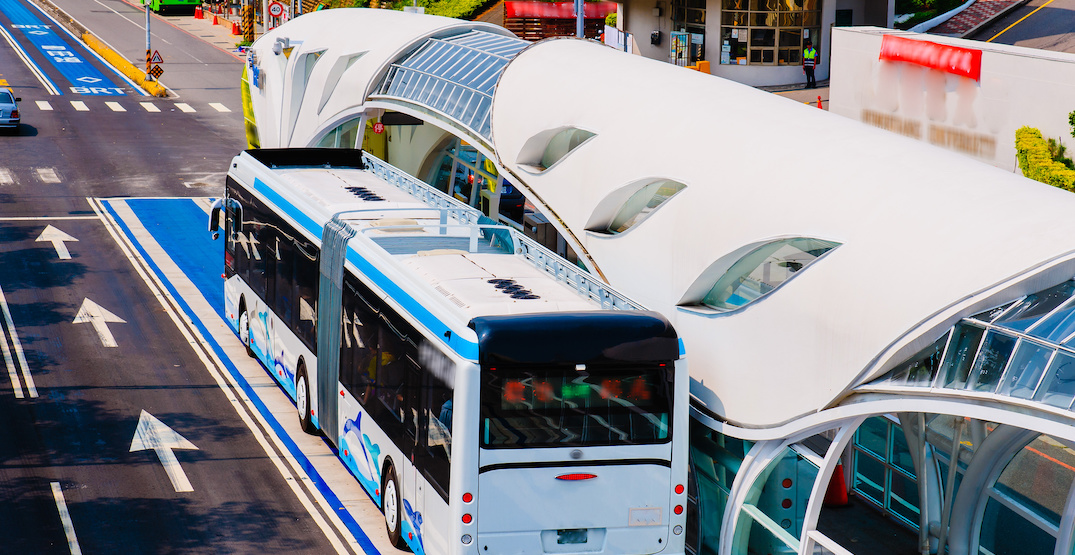 Written for Daily Hive Urbanized by Linda Buchanan, the mayor of the City of North Vancouver.

We all know the frustration of being stuck in traffic. For those who live, work, and play on the North Shore, traffic has become a part of daily life. But the truth is it doesn’t have to be.

That’s why last week’s decision was a great step forward for those who have asked for a solution to our worsening congestion problems. TransLink’s Mayors’ Council has officially adopted Transport 2050: 10-Year Priorities — an implementation blueprint that prioritizes a rapid transit connection between Park Royal and Metrotown.

While there are a lot of great new projects and services to highlight in this new plan, such as hundreds of kilometres of new active transportation infrastructure and increased SeaBus service, for me the crown jewel is delivering a fully separated rapid transit connection over the inlet as soon as possible.

This new rapid transit connection will be fast and reliable, and present an extremely competitive alternative to making a trip by car. It will take 50,000 cars off the road every single day. That means getting to and from work or school more efficiently, reduced community carbon pollution, and better economic productivity.

People have talked about this for a long time. But talk isn’t action.

Recognizing that this is a highly complex and constrained corridor, TransLink will immediately begin the required planning work to advance a Bus Rapid Transit (BRT) option so that construction can begin within years zero to five.

Unlike RapidBus services, a BRT connection would include traffic separation and signal priority, boarding efficiencies to minimize the amount of time the bus remains stopped, and specialized vehicles that enable high passenger capacity to create a fast, frequent, and highly reliable service.

While North Shore BRT is being planned and built, TransLink will complete the technical planning studies required to confirm the ultimate travel technology for this connection — be it light rail, BRT, SkyTrain, or a combination — as well as alignment, terminus locations, and degree of grade separation including options for a dedicated transit crossing of the Burrard Inlet.

To those who remain skeptical of this investment, I ask: what is the alternative?

We cannot wave a magic wand and go back in time to start this work sooner. We also cannot wait any longer to indulge in more talk. We must understand the cost of doing nothing. Delaying this investment further would mean that by 2050 our region would lose $750 million from our economy every year due to lost productivity and inefficiencies. The cost of delaying rapid transit over the inlet is one we cannot afford.

I hope people join me in celebrating the fact that we have secured a commitment to advance rapid transit over the inlet. We all want to spend less time commuting, and more time living. Transport 2050: 10-Year Priorities is putting us on track to making that a reality for people across the region, particularly those on the North Shore.