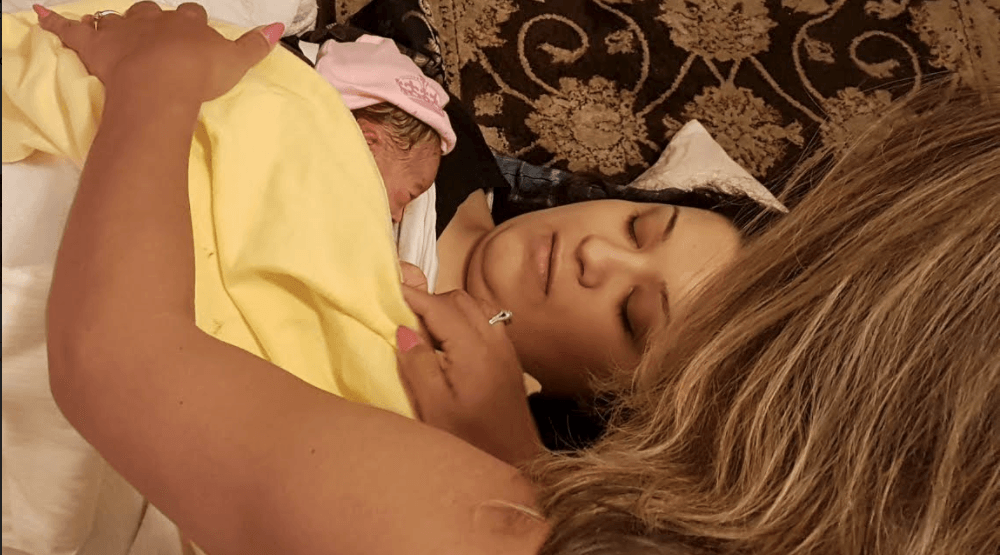 It may not have gone as planned, but in the end everyone involved turned out to be just fine.

And for the Villagra family, the birth of their first child this week will likely be memorable in more ways than one.

Carolina Villagra had planned for a hospital birth for a first-time mother with two Doulas, but things didn’t exactly turn out that way.

On Monday, September 11, after she experienced contractions, Villagra’s family took her to hospital, but the expectant mother was ultimately sent home.

Back at home with one of the Doulas, the Villagra family simply waited for the Doula to give the go-ahead that Carolina was in active labour, so she could be admitted back to the hospital.

All of sudden Carolina yelled in pain, adding that she felt like she had to go to the washroom.

Responding to her her request one of the Doulas attended to Carolina, and at that point, both realized the baby was in fact, on the way.

At that point, the Doula yelled for Carolina’s father to call 911.

It was about five minutes later when two Burnaby paramedics arrived, and at that point the baby was delivered in the washroom of the apartment where the family had gathered.

The new baby and the new mom were then taken to Burnaby Hospital where they are currently recovering.