Every single day, tens of thousands of people travelling on Lougheed Highway and the Millennium Line in Burnaby pass by a fusion reactor project – and the odds are that most aren’t even aware of its existence.

General Fusion, located at a state-of-the-art facility next to Production Way-University Station, is ever closer to developing a functional fusion reactor that can be used to generate clean, abundant, and affordable energy.

It may sound out of this world, but the technology is no longer the stuff of science fiction. In fact it could only be a few years away from becoming an reality, and if everything goes as planned, Canadian scientists in Metro Vancouver could be responsible for heralding in a sustainable energy revolution.

“We’re moving quickly at the stage we’re currently at right now,” Michael Delage, Vice President of Development of General Fusion, told Vancity Buzz. “If you break down the power plant we’re trying to build into pieces, and try to demonstrate what each of those pieces need to do, we’re doing a lot of that work.”

“We’re doing experiments that imitate the way that fusion reaction would happen at the centre of the power plant. If we get through all of those stages then we’ll be at the stage where we can design a first full-scale demonstration system, but that’s a few years away still.”

The company’s reactor prototype does not carry any risk of melting down like nuclear power plants, and it is also deemed clean by using only a small amount of Deuterium – weak radioactive fuel that is commonly found from extracting it in sea water. The heat generated would be used to create steam to turn the turbines that generate electricity.

However, the process required to create an output energy – through the combination of hydrogen atoms to form helium – is immensely difficult given the need to heat the reactor core’s plasma to 150 million˚C, which is basically equivalent to an artificial sun.

One of the biggest obstacles with the technology at this point is with how the plasma in the fusion reaction is to be contained.

“We’re compressing this plasma down at the centre of our machine and when the plasma gets compressed, these are extreme conditions,” said Delage. “It’s four million atmospheres of pressure and a hundred million degrees. These are kinds of conditions that nobody has experimented before.”

“Nature doesn’t like something that is one hundred million degrees sitting besides something that is room temperature. It is trying desperately to find a way to shed its heat so there’s all kinds of processes that go on.”

There are some various on two other competing projects elsewhere: The ITER project in France uses an array of magnets to heat and compress plasma while the National Ignition Facility in Livermore, California aims laser beams at fuel pellets, which creates radiation that compresses the plasma and fusion reaction.

However, both of these projects would need an incredible amount of input energy and the technology required is highly complex, to the extent that such fusion reactors will likely cost of billions of dollars. As well, both technologies could still be more than 30 years away.

This is where General Fusion’s design comes in. It uses a hybrid technology with less-powerful magnets and a series of steam-propelled pistons that compress the plasma contained inside a spherical vessel to generate the fusion reaction. The company believes its technology can be developed much more quickly and at just a fraction of the cost of other technologies.

“What we are trying very hard to do with our approach is to use technologies that are already developed at industrial scale as the building blocks,” Delage continued. “So we’re trying to avoid using multi-storey superconducting magnets or a football field full of lasers – these technologies are not used a lot in industries.”

“When you look at our machine, it is built of steel and pistons… these are technologies that are more commonly available and as a result they are lower cost than other approaches.”

General Fusion was founded in 2009 and currently employs 60 people. It has secured over $100 million in public and private investment, including $27 million from the Government of Malaysia, $19.5 million from Amazon CEO Jeff Bezos, and $20 million from other levels of government in Canada.

Earlier today, the Canadian federal government announced that it would be investing another $12.75 million into Green Fusion’s project. As well, $3.1 million will be directed to Inventys Inc., another Burnaby green tech company that is inventing a way to separate carbon dioxide from other gases when fossil fuels are burnt during the combustion process.

“Now is the time for Canadian companies to capture their share of the emerging global market for clean technology. From waste management, to biofuels, to greener solutions for the oil and gas industry, the Canadian companies being supported today are leading the world in intelligent, environmentally responsible and economically sound solutions across a number of key economic sectors.”

And if the General Fusion’s vision needs anymore credibility, it was in the feature cover of the November 2, 2015 edition of TIME magazine. The title on that edition read: “Unlimited energy. For everyone. Forever. It might actually work this time.” 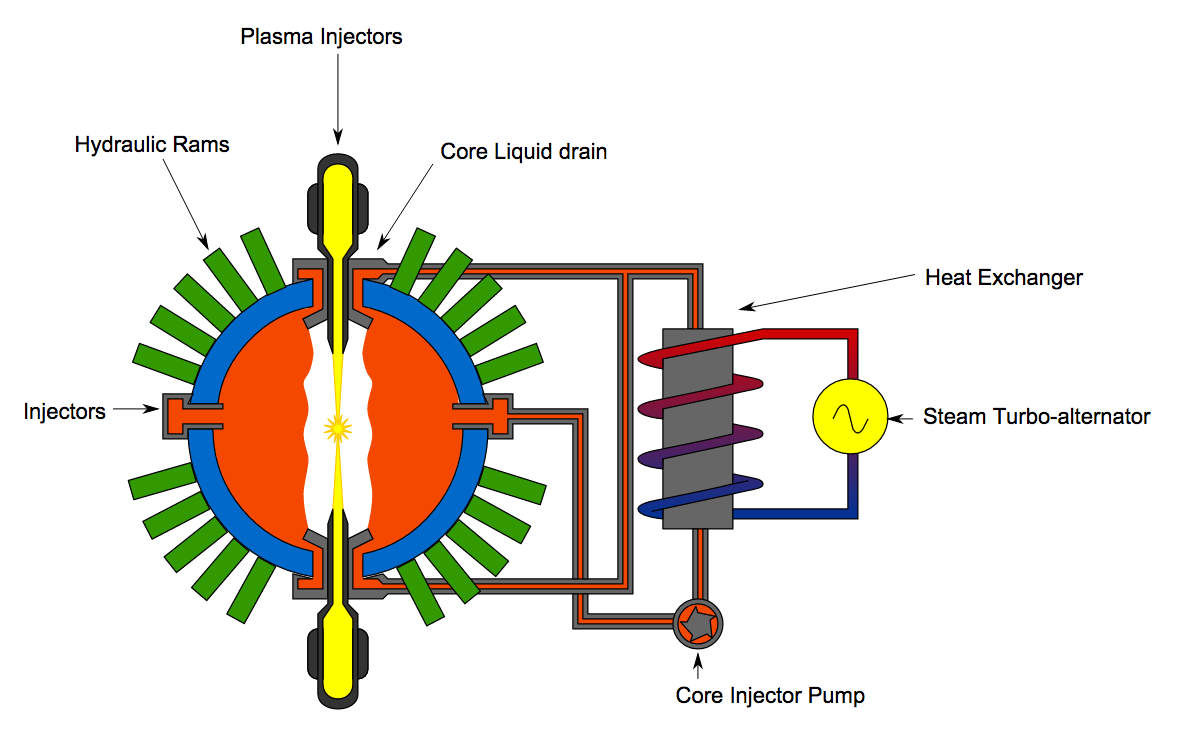