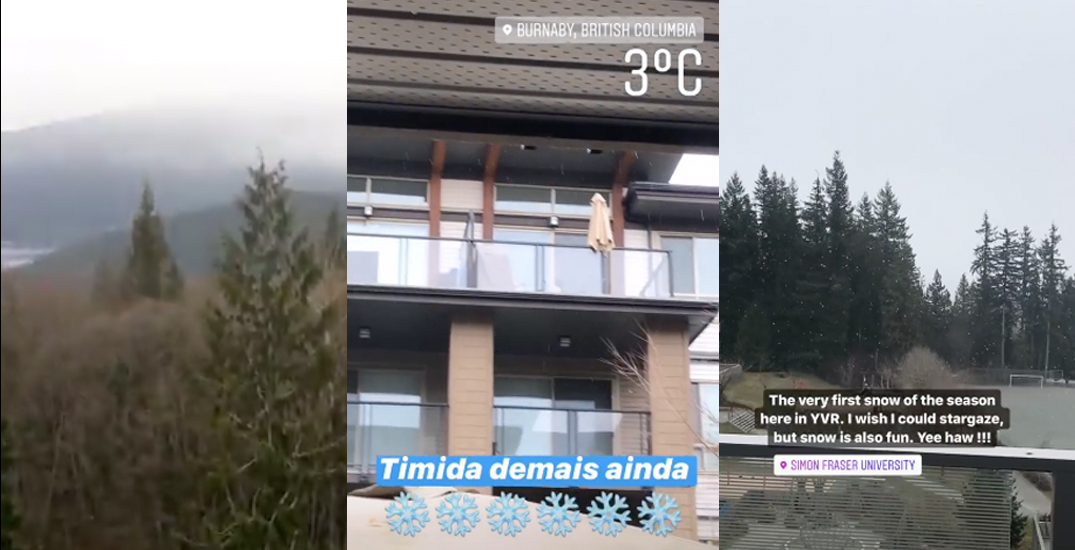 Several people in Burnaby posted about the wintry sight.

People in Surrey also chimed in that they’re seeing snow.

Surrey central is having a light sprinkle of snow

The Fraser Valley is expected to get the most snow in the region. Environment Canada is calling for up to four centimetres by Monday morning. The agency issued a special weather statement about flurries Sunday afternoon and evening. 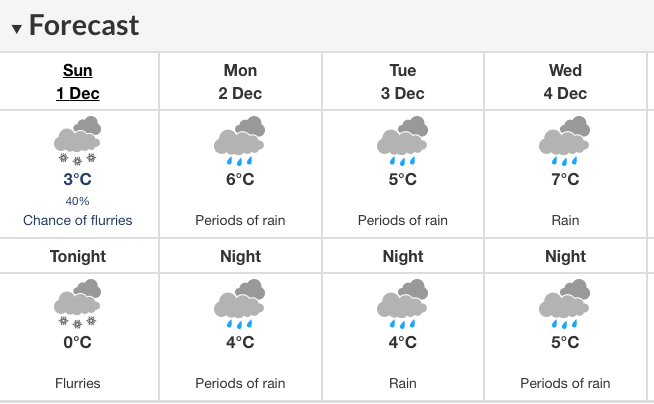 In Vancouver, any snow flurries will likely turn to rain as temperatures climb Monday.