Craving sushi in Burnaby and sick of long line-ups at Sushi Garden and not a fan of the All-You-Can-Eat format of Fish on Rice? Then try Asakusa Sushi, across from Metrotown on Kingsway. 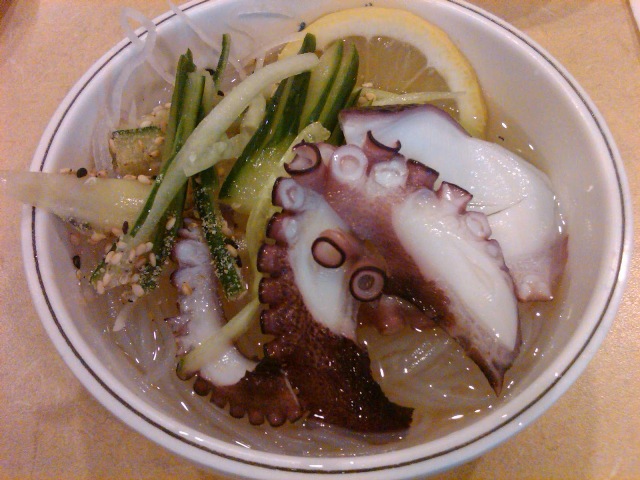 Start off with a Tako Sunomono, a light vermicelli based salad served in a “soup” cup, covered by a vinegary broth. The noodles are cooked soft, but not overly so. Five slices of tako (octopus) are placed on top of this salad, along with some cucumber julienned sliced. The dish is completed with a light dusting of black and white sesame. Tangy and fresh, perfect way to start the meal. 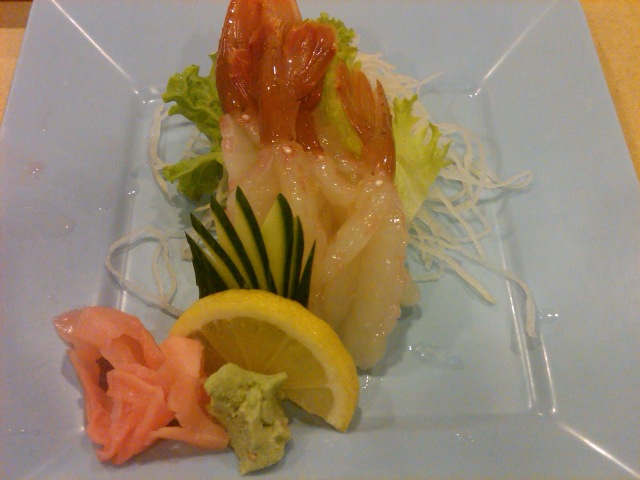 They had Amaebi on the menu, so we got an order of that, hoping to get the heads deep fried, the way I had them before at other places. Unfortunately, when the shrimps arrived, they were headless, turns out they were frozen. The actual sashimi was alright, but you could tell that it had been frozen and thawed. 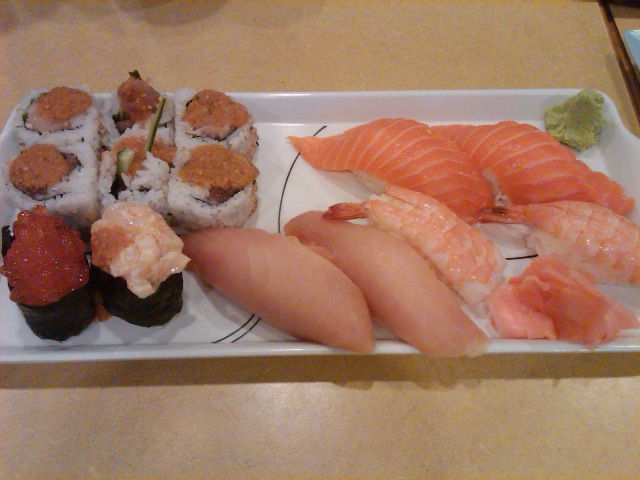 We also got their Sushi Combination: two pieces of Tuna, Ebi and Salmon. We also added a Spicy Tuna Roll (upper left), as well as a piece of Ikura and Chopped Scallop. 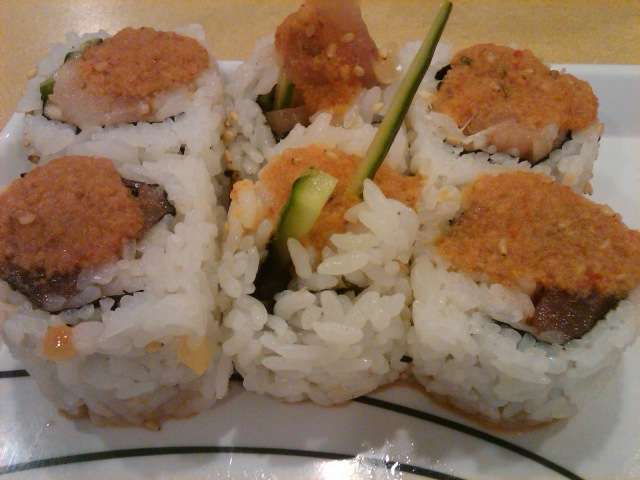 The Spicy Tuna Roll is essentially a tuna maki, done inside out with the rice on the outside instead of the nori on the outside, topped with some spicy sauce. It’s not what we expected and not spicy at all.

The sushi here is pretty generous…see how big the tuna is compared to the tiny amaebi tail? I really like how the rice is completely smothered by the tuna.

This place is good value for the dollar, and the service is friendly. They offer takeout discounts too, if you order ahead of time.
When you’re in the Burnaby area, I’d recommend this place over Sushi Garden, which is frequently overloaded with people, leading to long wait times and rather hurried service.