Last night at the Rio, I went on an adventure. From my cushy seat in the second row, I was transported to a musical land where everything seemed possible but nothing was as it seemed.

I went to the Labyrinth, a Geekenders Burlesque Spectacular. Based on the 1986 cult classic, Labyrinth was full of glitter, dancing and laughter. The song choices for each set were often hilarious or perfectly apt for more serious scenes. The dialogue stayed fairly true to the movie, with some adaptations to bring the setting and the characters to the modern age. Sarah is convincing as a 15-18 year old (it’s debatable) in 2014. 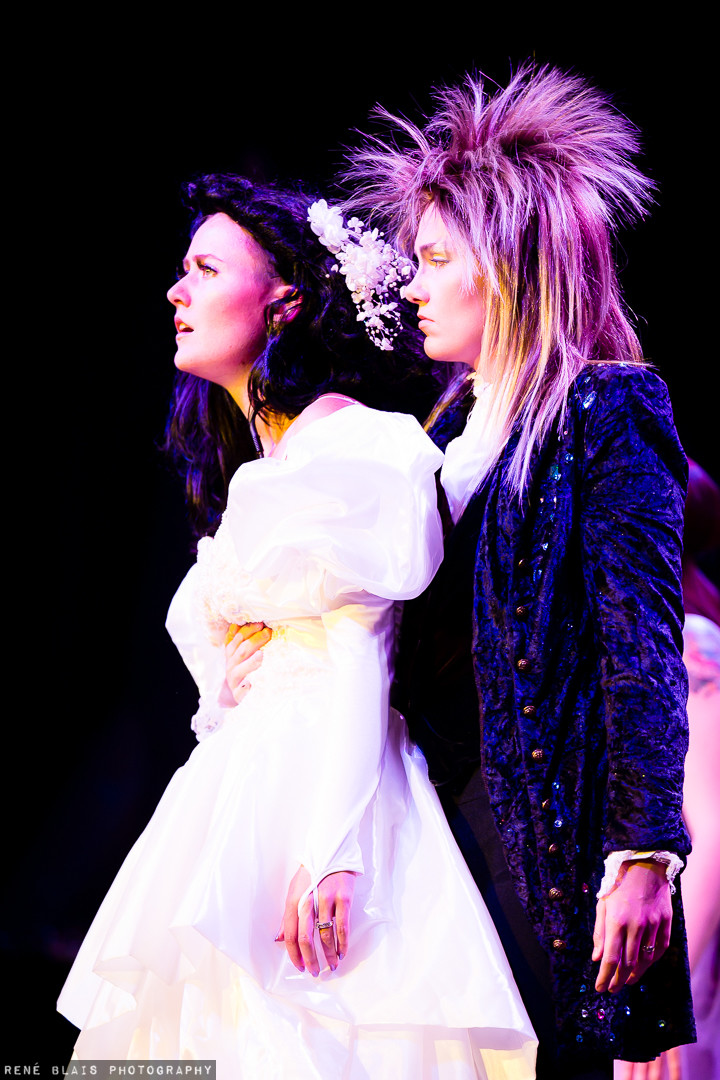 The Geekenders are a fairly well known group of local burlesque performers native to Vancouver. Billing themselves as created ‘by geeks, for geeks’ they produce about a show a month, with a larger Vegas-style productions once every few months. The amount of effort put into these shows, especially the larger productions is astounding. The props, but more importantly the costumes, which always look character accurate while still being easily removable.

Labyrinth was only a two day run, no additional performances remaining.If you missed this one, and you feel the mighty need to see a large scale Geekenders Production, mark October 11th in your calendars, and come out for the last in the Classic Star Wars Burlesque Trilogy, Reveal of the Jedi.