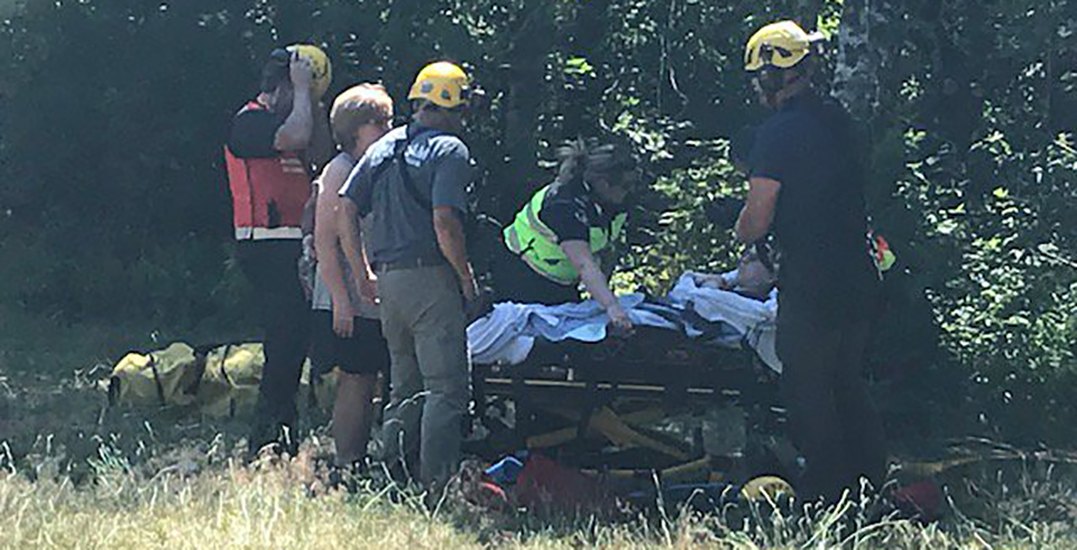 A pair of hikers were airlifted by Coquitlam Search and Rescue (CSAR) after suffering from hornet stings.

According to Michael Coyle of the CSAR, an initial call came at approximately 12:20 pm reporting a female hiker suffering from an allergic reaction to a hornet or wasp sting.

Coquitlam SAR has responded to #Buntzen Lake for a rescue of a hiker stung by hornets.@taloncopters on scene to assist with long line rescue,

The hiker was on the Diez Vistas trail, a popular trail for hikers and trail runners, located near Buntzen Lake and Anmore Village.

Coyle explains that the CSAR had to react immediately since a rescue like this can be a time-consuming process.

“There’s often a lot of difficulty in reaching the individuals, especially when it’s a remote area,” he says.

Rescuers ended up using a helicopter and a long line, which involved a team member being dropped down to the ground via a cable. The person was then harnessed and clipped to the helicopter.

Hornet stung subject has been long lined out to Buntzen Lake. Searchers will be hiking out and a few will be flown out later. Thanks to @taloncopters and @bchydro #Buntzen lake wardens for their help. 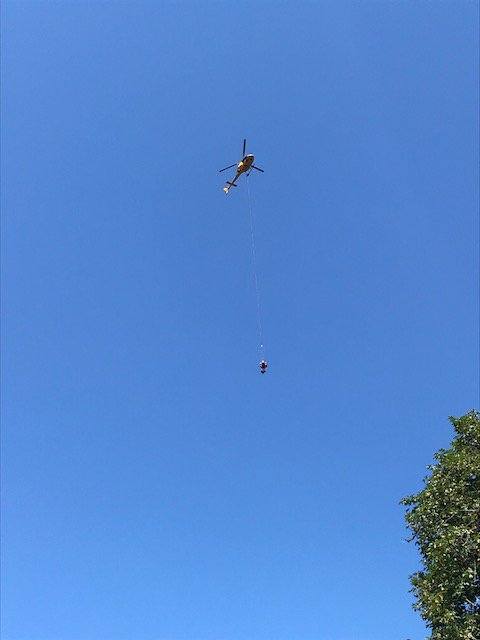 The female hiker was reached and began receiving treatment from a paramedic immediately. Before CSAR managed to evacuate the area, however, a second hiker in her group experienced the same allergic reaction as the first victim.

Another member of the subject’s party was stung, and we’re going to long line that person out next.

CSAR quickly found the second hiker and treated the sting shortly after. 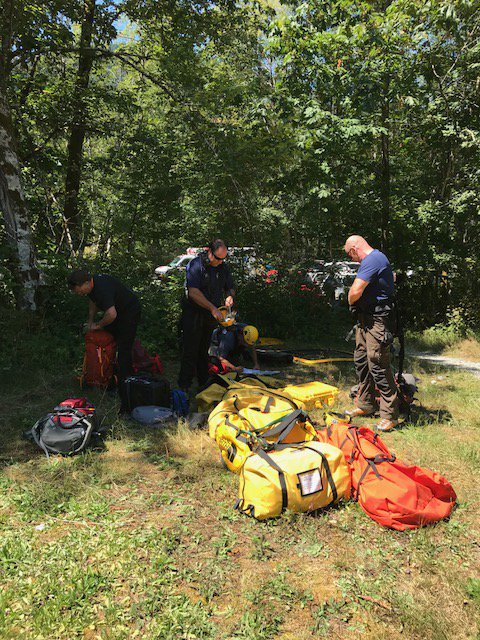 Coyle explained that CSAR have received multiple reports of people getting stung this season.

While hikers most commonly identify oval-shaped hornet and wasp nests in trees, the insects also nest in the ground, often under roots. Both will become aggressive and defensive when people walk near their nests.

While both hornets and wasps are difficult to avoid, especially in the backcountry, one thing hikers can do is carry Benadryl with them during hikes.

Coyle also mentions that the BC Hydro Warden in the area played a huge part in the rescue.