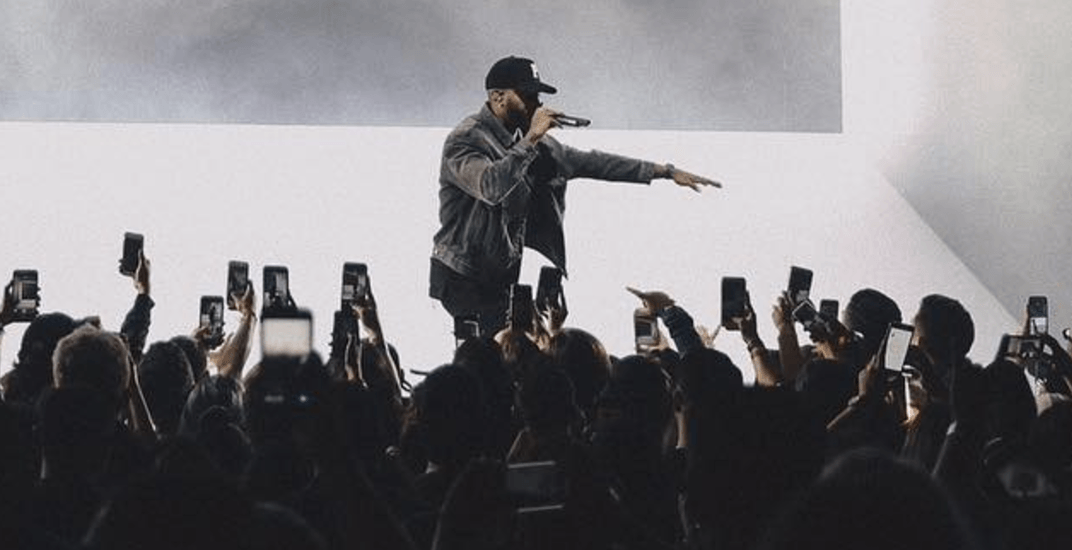 Hours before Bryson Tiller was set to take the stage at UBC’s Doug Mitchell Thunderbird Stadium for his ‘Set it Off’ tour, fans were eagerly waiting outside for a glimpse of him.

“It feels amazing. Every time I do see a line it’s just like ‘Wow,'” Tiller told Daily Hive in a sit-down interview.

The 24-year-old native of Louisville, Kentucky, saw massive success in 2015 with his first album T R A P S O U L.

Tiller is now on tour celebrating the release of his sophomore album True to Self, which debuted at No.1 on the Canadian Nielsen SoundScan R&B Albums Chart and within the top 10 on the Top Albums Chart.

“[With] this album, I just wanted to make a bunch of different stuff and show my versatility.”

And that is exactly what he did. True to Self is a masterful body of work featuring 19 tracks that show Tiller’s continual growth as an artist.

Tiller easily transitions from his smooth vocals on songs like “Don’t Get Too High” and “Teach Me a Lesson” to a harder, grimy hip-hop vibe on “Self Made” and “Money Problemz/ Benz Truck.”

In this album, Tiller also brings out an evolved sense of confidence that has come with his success.

“At the end of the day, I built this ship. I made the music and put my blood sweat and tears into the music. I lived those experiences,” he said.

“I wanted to stay to true to who I am and let the fans know that I am always going to be me no matter what.”

Tiller will also be bringing his tour to Toronto on September 13. Despite only having two Canadian stops, he says that Canadian hip-hop artists such as Drake, The Weeknd, Belly,  and Nav serve as constant inspiration.

“I’d want to collaborate with all of them,” he said.

Tiller specifically has a special connection to Drake, as he almost signed to the rapper’s OVO label. Despite choosing to sign with RCA, Tiller says that Drake has remained a friend.

After Toronto, Tiller will make a few more stops in the US. He wraps up the North American leg of his tour in his hometown of Louisville before heading off to perform in Europe.