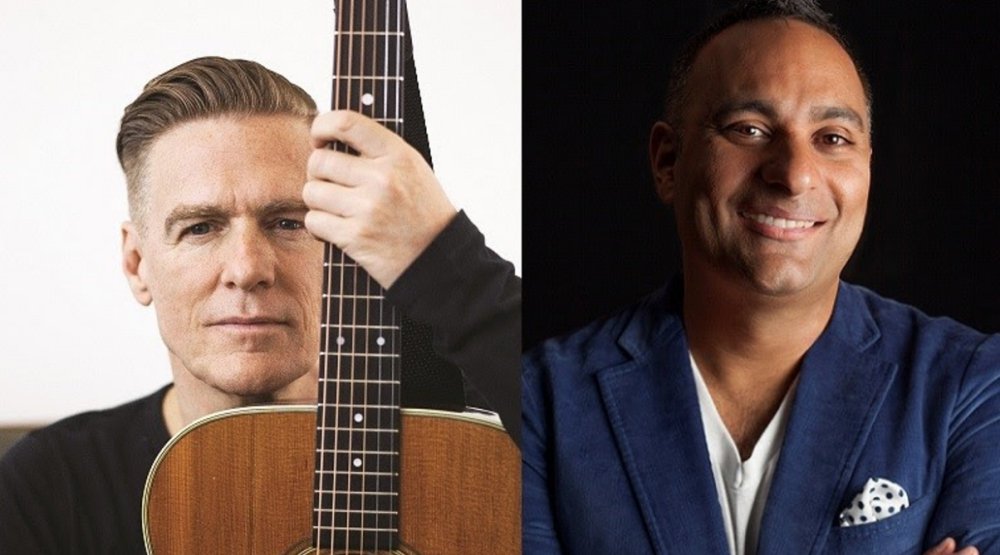 Canadian icons Bryan Adams and Russell Peters will share the stage as co-hosts of the Juno Awards this year.

An announcement from CTV and The Canadian Academy of Recording Arts and Sciences (CARAS), notes that crooner Michael Bublé has stepped down as host of the awards show honouring achievements in Canadian music.

“Our thoughts continue to be with Michael – we respect his ongoing commitment to his family and look forward to working with him again in the future,” says Mike Cosentino, Senior Vice-President, Content and Programming at Bell Media, in reference to Bublé’s son ongoing fight against cancer.

Cosentino goes on to say, “We are thrilled that his friends Bryan and Russell have stepped up to host this year’s broadcast and have no doubt they will deliver an unforgettable show.”

Billed as “bringing a mix of rock-and-roll and irreverence” to the stage, the singer and comedian duo will play host to a line-up of Canadian talent including A Tribe Called Red, Alessia Cara, Arkells, Ruth B, Sarah McLachlan, Shawn Mendes, and The Strumbellas.

The JUNOs will be broadcast live from Canadian Tire Centre in Ottawa on Sunday, April 2 at 7 pm.