Canada’s first Brunello Cucinelli location will open in downtown Vancouver, along with the city’s first free-standing Versace. According to Retail-Insider, they will be located in the retail component at the base of the 745 Thurlow tower, which is currently under construction, with opening dates in late 2015 or early 2016. The tower is designed to achieve LEED ‘Core and Shell’ Gold certification – the first office tower in downtown Vancouver to do so.

Known as the “King of Cashmere,” the Brunello Cucinelli retail space will be approximately 2,700 sq. ft. facing Thurlow Street. The brand was founded in 1978 and sells women’s and men’s fashion and accessories. Although known for its luxurious cashmere apparel, the brand has expanded to include non-cashmere fashions including leather goods, bags, shoes and sportswear.

Headquartered in a 14th century castle on the top of a hill in the middle of Italy’s Umbria region, the company donates 20 per cent of profits to its charitable foundation and pays workers wages that are 20 per cent higher than the industry average. According to its website, the brand is “firmly rooted in quality excellence, Italian craftsmanship and creativity.” Brunello Cucinelli currently operates 15 U.S. locations with three of those in New York City and sources say that Brunello Cucinelli has also been in negotiations to open an outlet store at Vancouver’s McArthurGlen Designer Outlets, which is scheduled to open on July 9. 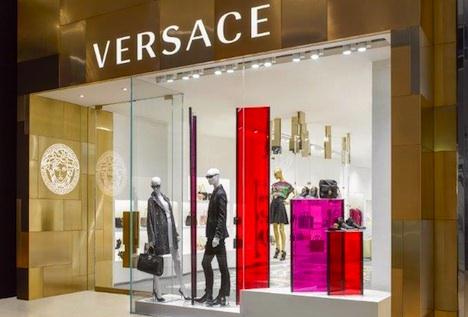 Classic luxury brand Versace will open a 1,875 sq. ft. store in the corner retail space. The Italian luxury fashion brand was founded by the legendary Gianni Versace in 1978, and it’s seeing a resurgence as it opens stores around the world. Upscale Vancouver-based fashion retailer Leone currently features a Versace shop-in-store, and Versace Home opened last summer in Gastown.

According to Retail-Insider sources, a number of premium French and Italian brands continue to negotiate for retail space in the immediate area, including at the Shangri-La Hotel as well as an Alberni Street-facing retail complex to be built at 1040 W. Georgia Street.