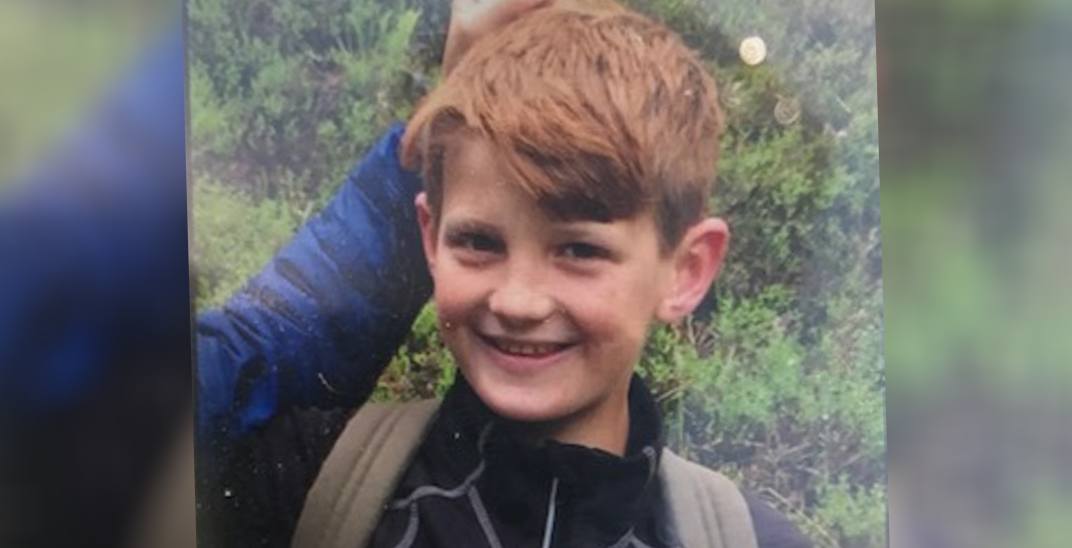 Bruneau has been safely located and has been reunited with his family. He managed to bike to New Westminster, looking for a public building so he could call home, and was located by an off duty New Westminster Policer Offer.

Have you seen Bruneau Fulton? Just before 3:30 pm, Vancouver Police issued a plea for the public’s help to locate the 11-year-old boy, who disappeared in Stanley Park just after noon today.

According to a release, Fulton was biking with his family in the park when he disappeared. He was last seen in the Second Beach pool area riding his bicycle on the seawall.

Police say he is 5’6″ tall, weighs 110 lbs, and has reddish short hair and green eyes. At the time of his disappearance, he was wearing black shorts, a purple t-shirt, flip flops, and a black helmet.

The bicycle he was riding today was a sky-blue coloured Rocky Mountain bike.

It is unknown if Bruneau stayed on the seawall or is still in downtown Vancouver. Anyone who sees him is asked to ‘reassure him’ and call 9-1-1 immediately.