Being Vancouverites, we are very fortunate in having so many multicultural restaurants in our city. But sometimes, I want to eat food that’s more attached with our own culture. After all, what is Vancouverite food? My question was answered at Catch 122, a bistro that lies on Hastings and Abbott in the heart of Gastown. Being across from the historic Woodwards building and near Chinatown, Catch 122 is the perfect place for one to experience a fresh slice of Vancouver heritage. 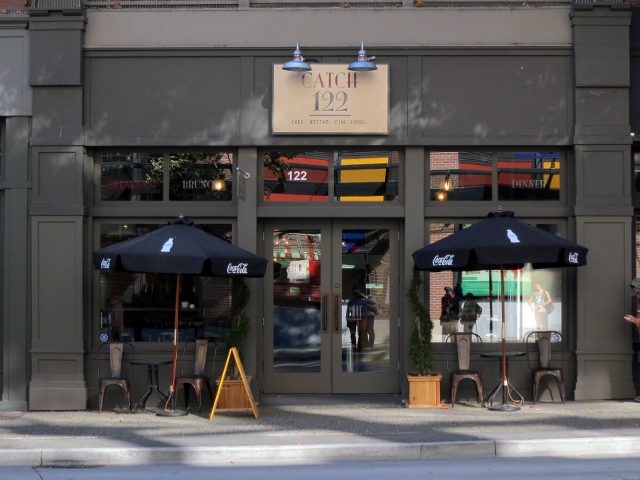 When I visited, I was warmly greeted by Brent and his wife Tammy, the owners of this restaurant. During our conversation, Brent told me that Catch 122 has been open for five months now and serves all of breakfast, lunch, dinner, and brunch on weekends. When I asked him about the meaning of the name Catch 122, he told me that it’s a play on words with the address of the restaurant and Joseph Heller’s classic American novel Catch 22. Very clever! 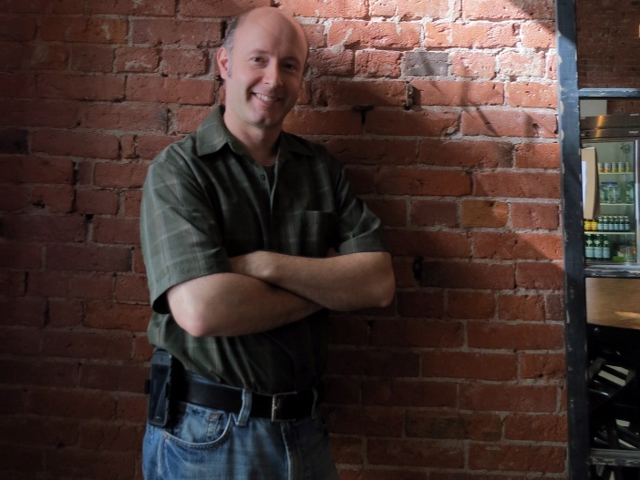 I was very intrigued by the inside of Catch 122. It has a heritage look with its brick walls and furniture, and the open space in this restaurant makes it a comfortable place to sit and chat. I was very surprised when Brent told me that he and Tammy did all the interior design. It took them a total of eight months to get everything into place, which even included going great lengths just to get a specific piece of wall decor. Their hard work and effort certainly shows! 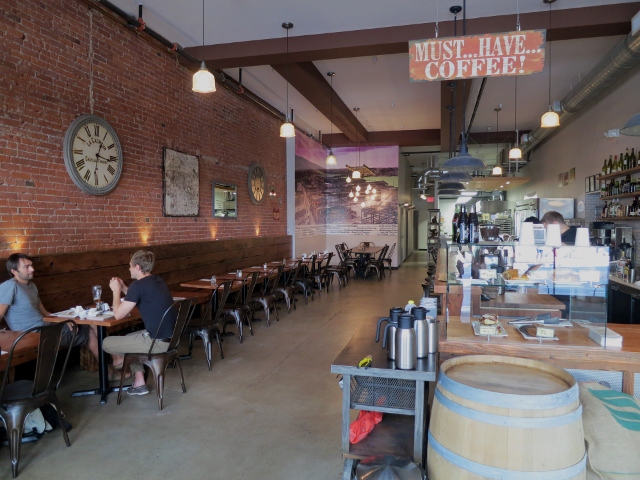 I was already blown away by Brent’s self-designed interior of this restaurant, but when he told me that he told me that he built most of the tables here by himself, I was just left in amazement. These tables are made of re-claimed wood that Brent managed to find. He was taught by someone to make one table, and then the rest he did on his own. He did a very fine job, because I would’ve easily mistaken these as expensive pieces from a nearby furniture store. 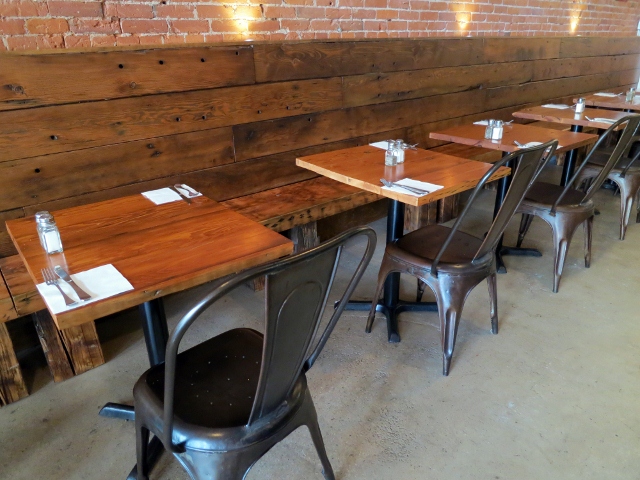 Now, onto the food. The menu here is French-inspired comfort food, so really it’s food that us Canadians love but with a touch of French elegance.  The menu is a collection French-inspired recipes from around the world: Paris, Belgium, Montreal, and Louisiana. What pulls this menu together is it’s great assortment of comfort foods everyone can enjoy.

The signature brunch item here is the Catch 122 Croissant. It’s a croissant that sandwiches a poached egg, smoked salmon, and gorgonzola cheese; it is a delicious option for those who would like to opt for something savoury in the morning. The croissant is so soft that it even has that melt-in-your-mouth effect. Paired with Yukon nugget potatoes and a salad, the Catch 122 is a comprehensive and filling meal that can keep you coming back. 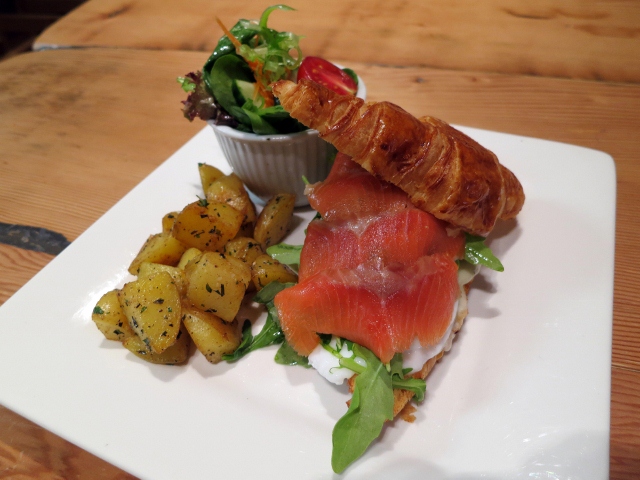 One thing I really like about their brunch menu is that a few of their items are named after Vancouver places that we are too familiar with. The Hastings, Gastown, and Woodwards are all traditional egg breakfasts that are loved by those who enjoy more conservative brunch selections. 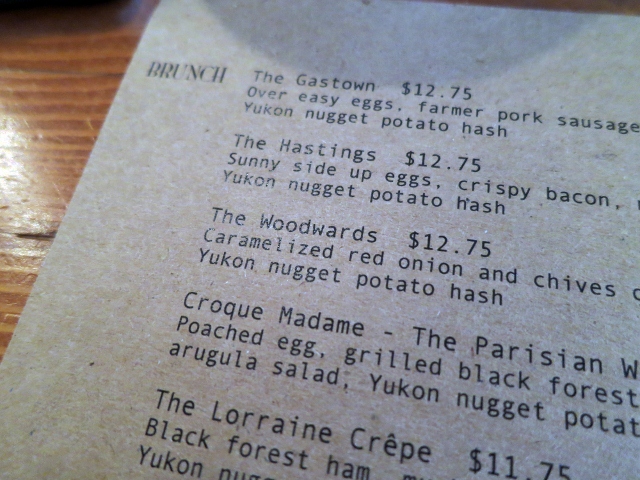 The Woodwards in particular features an omelette that’s stuffed with caramelized red onions and chives. The contrasting tastes and textures between the egg and the onions makes this omelette very unique. This dish also includes a cheese croissant, potatoes, and a salad. This is a great-tasting menu item that’s accomodating for vegetarians or healthy eaters in general. 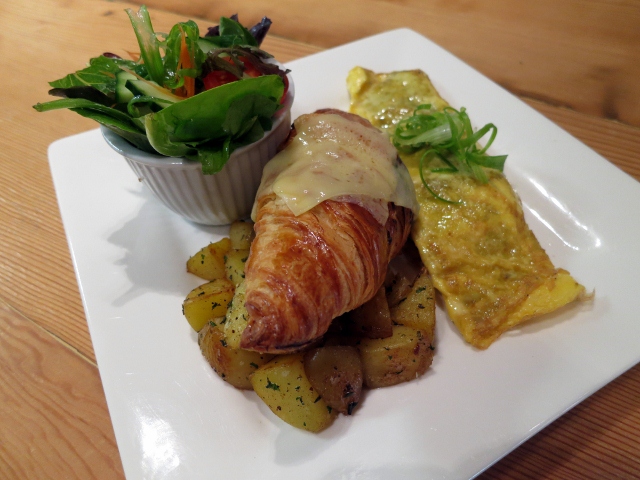 And like any other brunch spot, Catch 122 offers a wide selection of awesome coffees and teas. 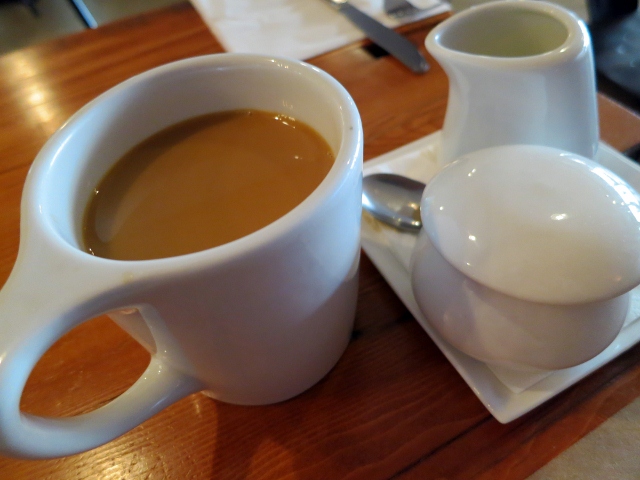 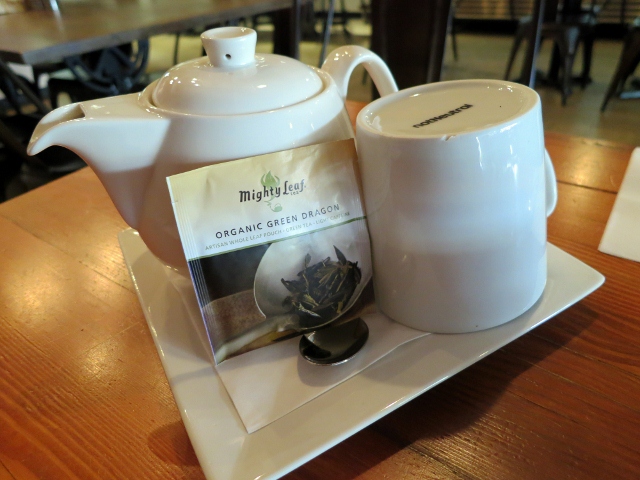 Since everyone has a separate stomach for desserts, and the Catch 122 has plenty to offer. 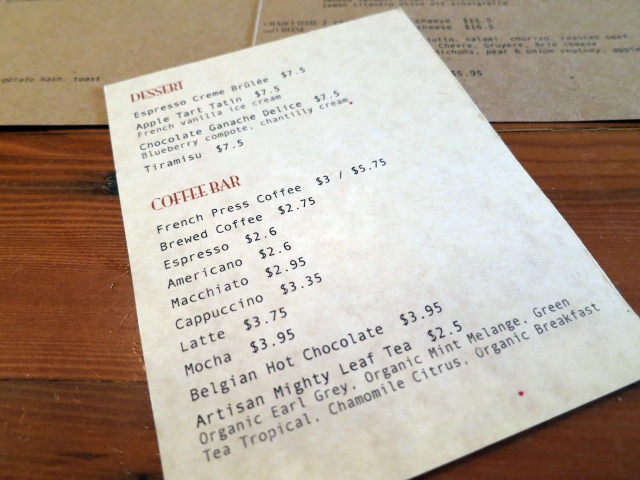 I’ve had countless Creme Brulees before, but the Espresso Creme Brulee here is something that I’ve never come across. It has the texture of an ordinary creme brulee but the espresso makes all the difference in taste. 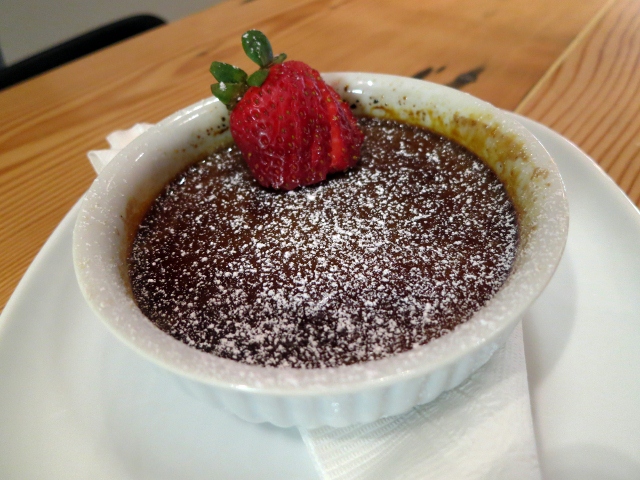 I had the honour of trying out Brent’s newest addition to the dessert menu – the Banana Nutella Crepe. This decadent dessert consists of a banana wrapped in a crepe that’s deep fried and then covered in almonds and Nutella. Because of the frying, this crepe has a very neat texture because it’s crispy on the outside but soft on the inside. The best part is, even though this dessert is drenched in chocolate, it still doesn’t come off as overly sweet. There’s also a small ice cream on the side that serves as a rather good refresher after eating the crepe. 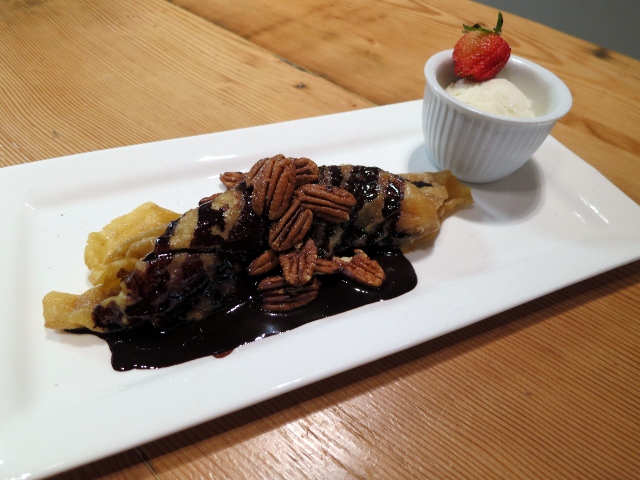 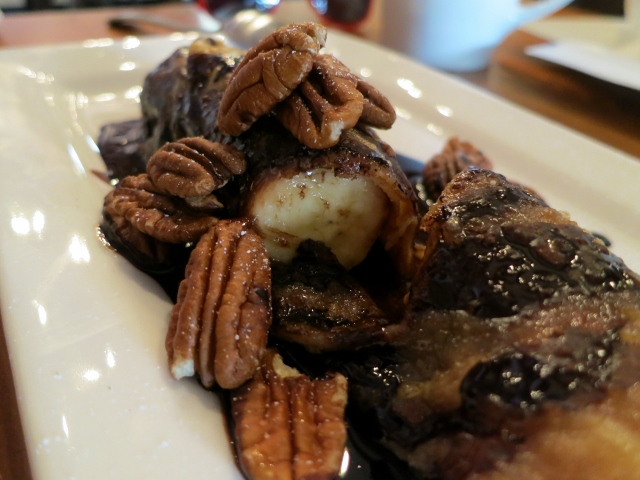 Every Gastown restaurant needs to have a good beer menu; it’s just what Vancouverites love and would expect from any restaurant in the area. Tammy sought out a bunch of distinguished Canadian beers to serve at Catch 122. Most of these beers are brewed in BC and are favourites of our locals. So if you’re ever looking for a quieter place to sip some beer in Gastown, this would be the place to do so! 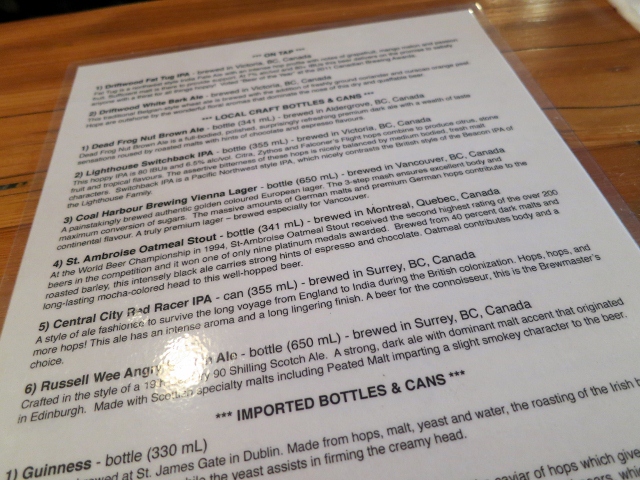 I really appreciate Catch 122 as a restaurant because of the homage it pays to Vancouver culture. It’s evident that Brent and Tammy love Vancouver just as much as we all do, and I’m very happy with their efforts in contributing to Gastown’s dining scene. On top of that, the food here is excellent, the ambience is nice, and all the staff at this restaurant is so kind and genuine. So next time you plan to hang out in Gastown, come to Catch 122 for a true Vancouver-exclusive experience.

Pictures and Article by: Justin Leigh (@jsleigh14). Visit his blog: the WALK&TALK.