Downtown could be getting a brand new Browns Socialhouse. The upscale-casual bar-restaurant has a proposal in the review stages to take over the long-empty space at Queen Elizabeth Plaza.

The 2,832-square-foot indoor space has been vacant for over a decade and mainly used as a rental space by the City’s Civic Theatres department, which owns and operates both the Orpheum and the Queen Elizabeth Theatre.

Prior to the 2016 holidays, the venue would have been most known by locals for its use as a vending space during the annual Vancouver Christmas Market, before that event moved to Jack Poole Plaza.

In 2015, the City opened up a request for proposals (RFP) for new occupants. Now things have progressed to the next level for Browns Socialhouse, per the City:

Gustavson Wylie Architects Inc. has applied to the City of Vancouver for permission to perform interior and exterior alterations to this existing Restaurant – Class 1 (The Media Club) and vacant restaurant above, and addition of a new covered, exterior patio on the plaza level.

The goal has been to revitalize the plaza with a dining option that is open seven days a week for lunch and dinner, as well as before and after shows for theatre-goers, with an idea to give the public space more life, along the lines of what popular restaurants like Cactus Club and Tap & Barrel have done at the Convention Centre/Jack Poole Plaza.

The Browns Socialhouse plans include proposed lower- and plaza-level renovations as well as the addition of a covered patio space. 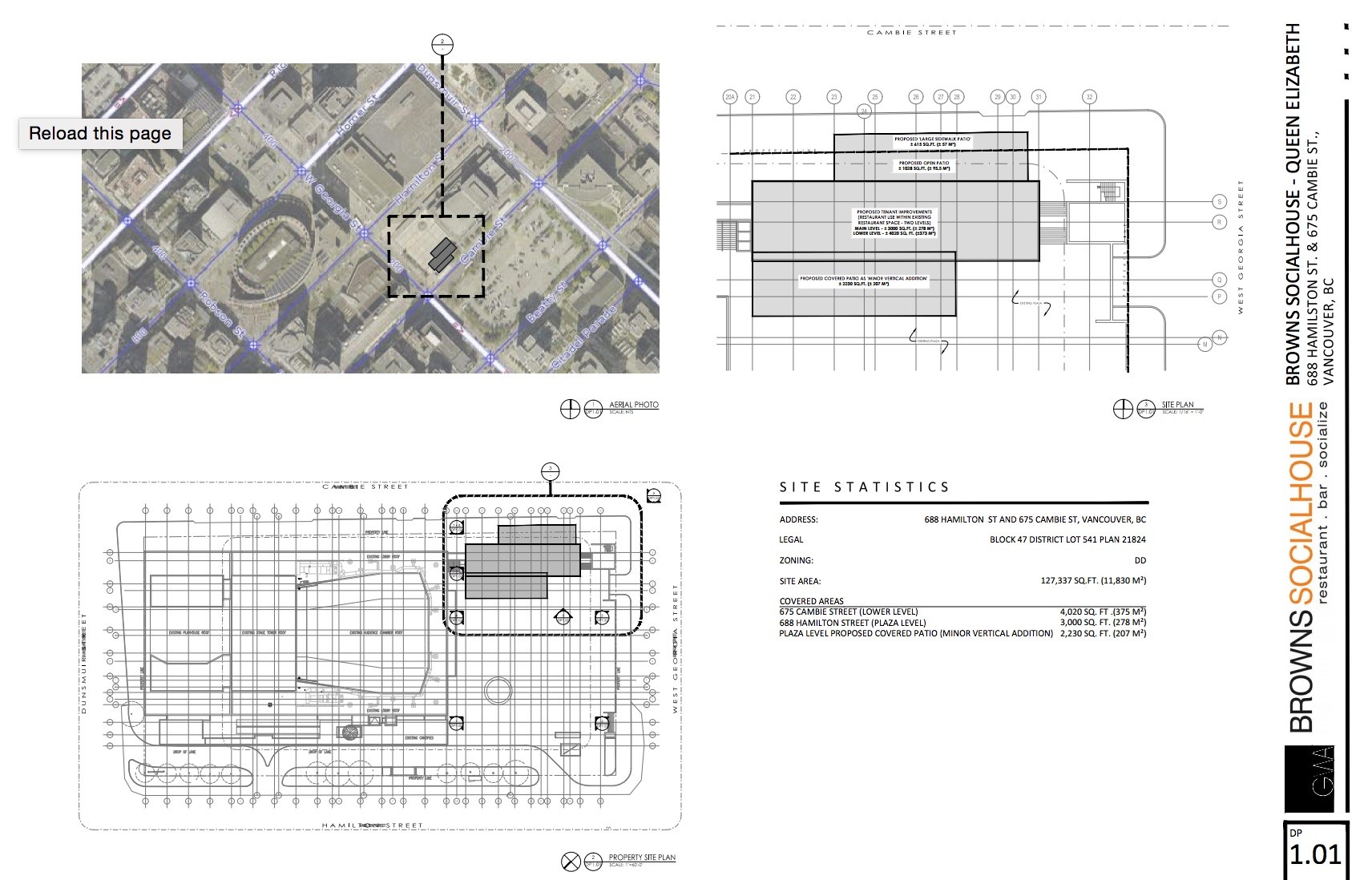 “Under the site’s existing Downtown District zoning, the application is ‘conditional’ so it may be permitted; however, it requires the decision of the Director of Planning,” notes the City’s Development department, who will need to ensure the proposed restaurant meets all of the city’s by-laws, policies, and guidelines.