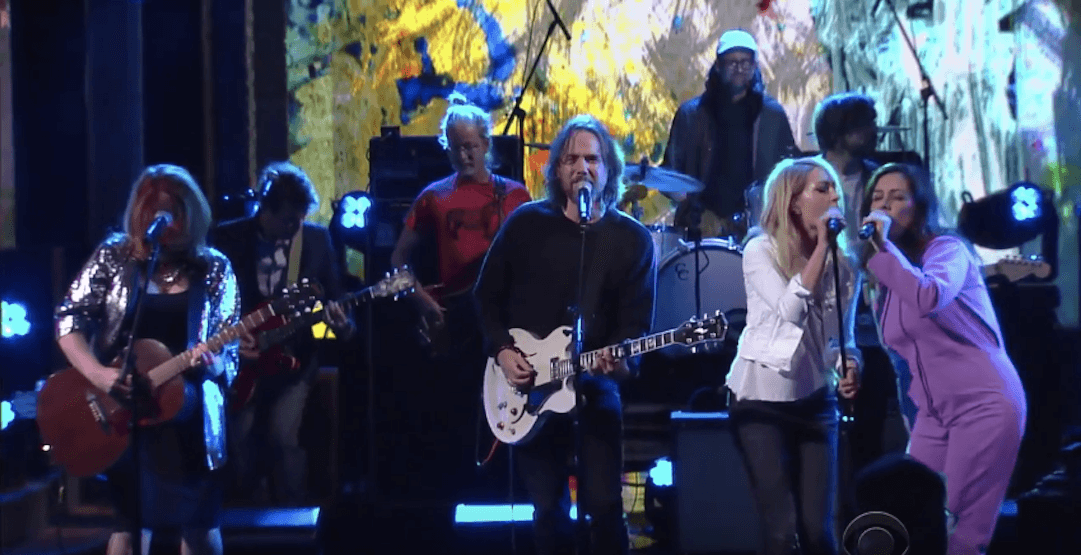 Broken Social Scene is back.

The Canadian band/music collective played the television premiere of their new single “Halfway Home’ on The Late Show with Stephen Colbert, after debuting it earlier in the day.

The track marks the band’s first new song in 7 years, and while favourite Feist wasn’t there (she’s probably working on her new album, which is coming out in April), Broken Social Scene was joined by Metric’s Emily Haines and James Shaw, along with Stars’ Amy Millan and Evan Cranley.

Check out the stellar performance below.