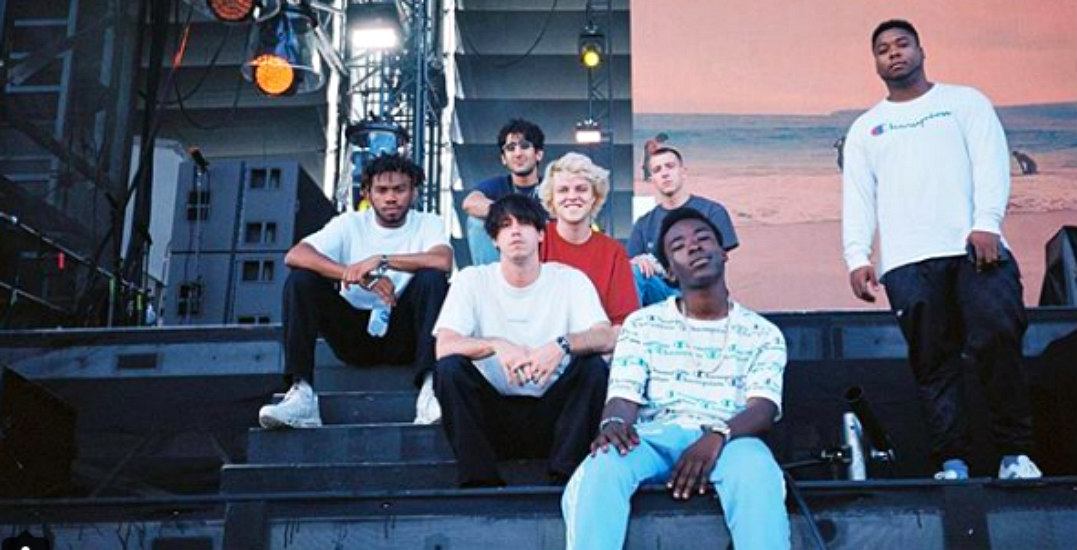 Multidimensional American group Brockhampton has announced that they’ll be coming back to Vancouver this fall.

The ‘1999 Wildfire’ musicians are slated to perform at the PNE Forum on Monday, November 5 as part of their I’ll Be There tour.

Founded by rapper Kevin Abstract, the group is made up of 15 members, from rappers to art directors. And you can expect to hear tracks from their debut album Saturation and new releases like ‘1999 Wildfire’ and ‘1997 Diana’ at their November concert.

Tickets for the concert are already on sale, but you could secure two tickets for yourself before then by entering the contest below!

Enter for your chance to win two tickets to see Brockhampton live in Vancouver on November 5, 2018, do at least one of the following:

Contest entries will be accepted from the time and date of publishing until 11:59 pm on September 28, 2018. One winner will be chosen at random and contacted through the platform they used to enter.