A recent study by Angus Reid Institute is showing that British Columbians find more in common with people living in Washington State and California rather than Alberta – or any Canadian province, for that matter.

It was found, in fact, that Canada’s four most western provinces experience a large degree of separation, in terms of politics and identity.

But where does Western Canada start and end? And whether it’s geographically or historically, just how much do Canada’s four most western provinces have in common?

That’s the biggest question that the institute’s latest study attempts to debunk. What defines the “west” and what unites and divides them?

The poll found that at least 68% of residents in British Columbia, Alberta, Saskatchewan, and Manitoba, all believe that “the west” is a unique region within Canada. Eastern provinces, including Ontario, Quebec, and provinces in the Atlantic, think otherwise.

But when asked exactly which provinces define “the west,” fewer than half of Canadians were able to agree on a single answer. 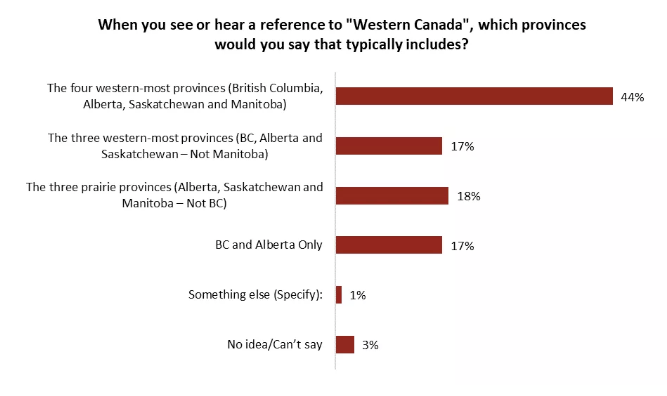 To break down the answer even further, while more than half of those living in Saskatchewan and Manitoba believe the four westernmost provinces make up “the west,” less than half of Albertans and British Columbians believed this to be the case.

When British Columbians were asked which areas they believed to have more in common with, Washington State and California were the first two responses, as opposed to their neighbouring provinces. 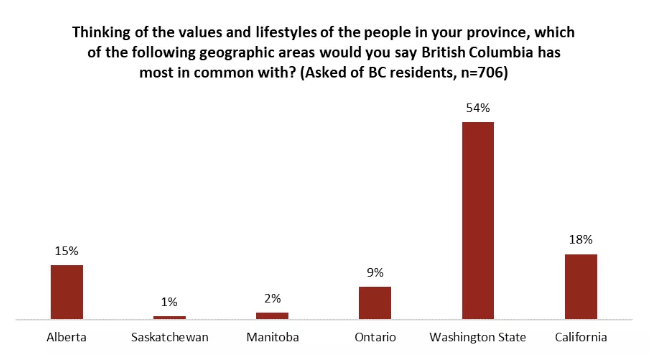 When Angus Reid performed a similar survey in 1991, they asked the same question and received a similar response – 50% of respondents believed to have more in common with Washington than any other geographical area.

The majority of participants, however, regardless of province, were able to agree that they felt their region is treated unfairly. More than three-quarters of respondents in Alberta and Saskatchewan felt the west played victim to unfair treatment; just over 50% of British Columbians and Manitobans agreed. 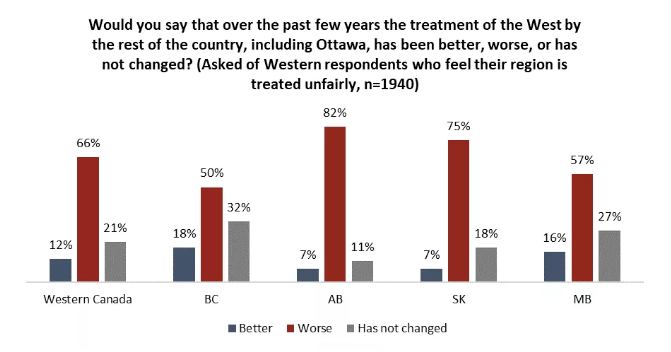