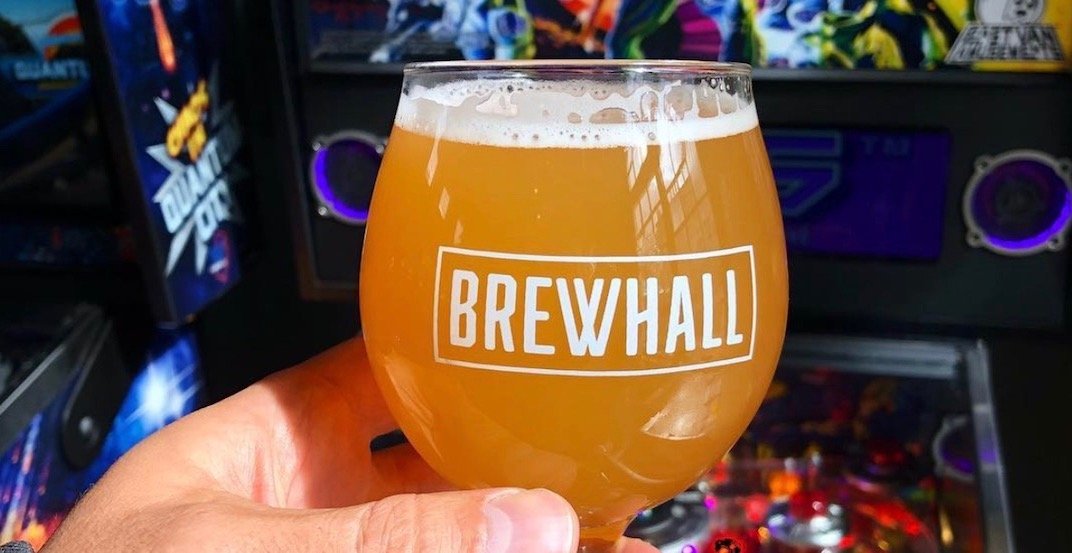 Considering Brewhall was Vancouver’s first-ever brewery and BREWHALL mashup, it’s no surprise the team at the buzzed-about spot is coming out with a series of exciting new things.

Just last week the brand announced a handful of their canned beers would be available for purchase both in-store and at select liquor retailers across Vancouver, and now there’s some more exciting news to share.

BREWHALL has teamed up with Rogue Ales & Spirits from Portland, Oregon to create a northeast style IPA that has been dry-hopped with Sabro, Bru-1, and Topaz hops (aka strong notes of pineapple, coconut, and mango).

Officially called Hazy Borders, this brew is Rogue’s first collaboration with a Canadian brewery, which is big news as the Portland beer maker is widely considered the original grandfather of craft beer and microbreweries, bringing 30 years of experience with its name.

The beer launched yesterday at BREWHALL, and can only be purchased exclusively at the 97 East 2nd Avenue brewery. Be sure to try this one-of-a-kind creation while you can, beer lovers.