After the Jays lost to the Boston Red Sox, 7-4, Brett Lawrie, decided to take a stroll down to the Eaton Centre in Toronto.   In what he thought was probably going to be a relaxing time at the mall and think about the disappointing loss to the Red Sox became a scene out of an Action Flick.  The Langley, BC native became very close to a deadly shooting at the newly renovated food court at the mall which claimed the life of 1 person and left 7 people injured and one with life threatening injuries.

Lawrie posted two pictures on twitter of the chaotic scene outside of the Eaton Centre in Toronto: 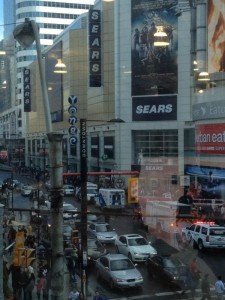 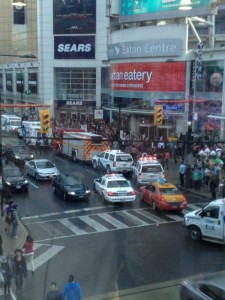 Here is also a play by play of what was going on in his own eyes: 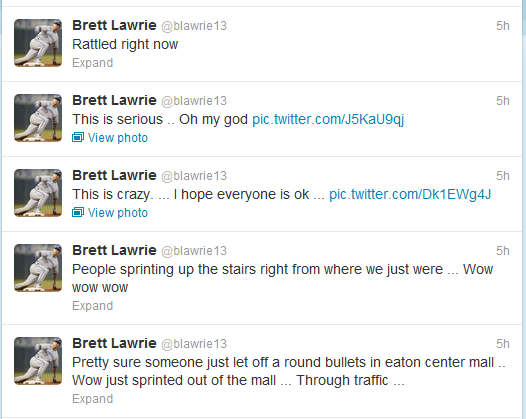 He’s been given some credit from media outlets in the Toronto area for breaking this story on twitter. Brett suffered no injuries and appears to be fine.