“One Last Cook.” Breaking Bad creator Vince Gilligan will be in Vancouver on Friday, September 27 for a special question and answer session at the Vancouver International Film Festival (VIFF).

Gilligan’s appearance at the Centre for the Performing Arts as part of this year’s VIFF comes just two days before the highly anticipated series finale premiere of the critically-acclaimed hit show.

The event is titled “One Last Cook” and will begin with a screening of Gilligan’s favourite episode before he takes to the stage with a yet-to-be-named host to discuss the show with the audience.

Gilligan is expected to discuss what goes on behind-the-scenes and some of his personal highlights. He was also a writer for X-Files which was filmed in Vancouver.

VIFF and FORUM passes are not valid for this special event. 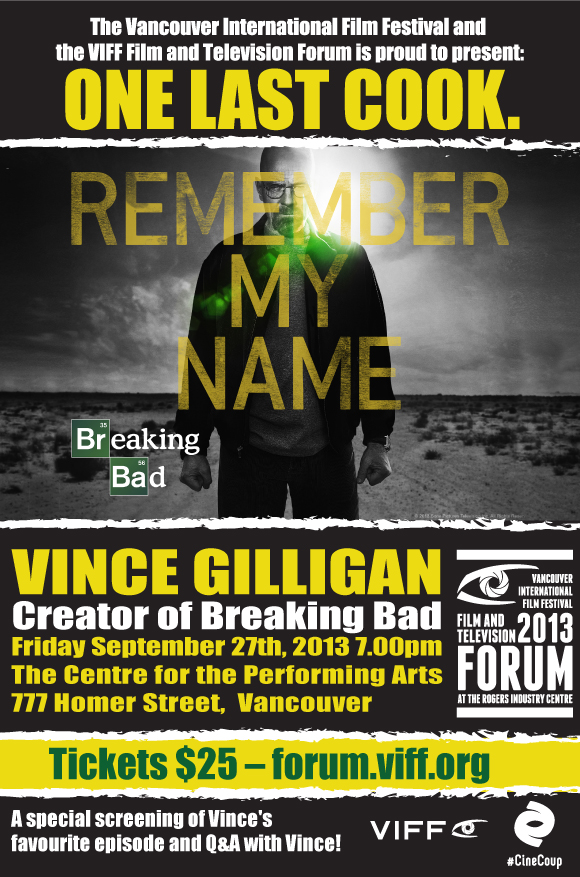