If Breaking Bad were set somewhere in Canada instead of Albuquerque, New Mexico, how would it have ended? 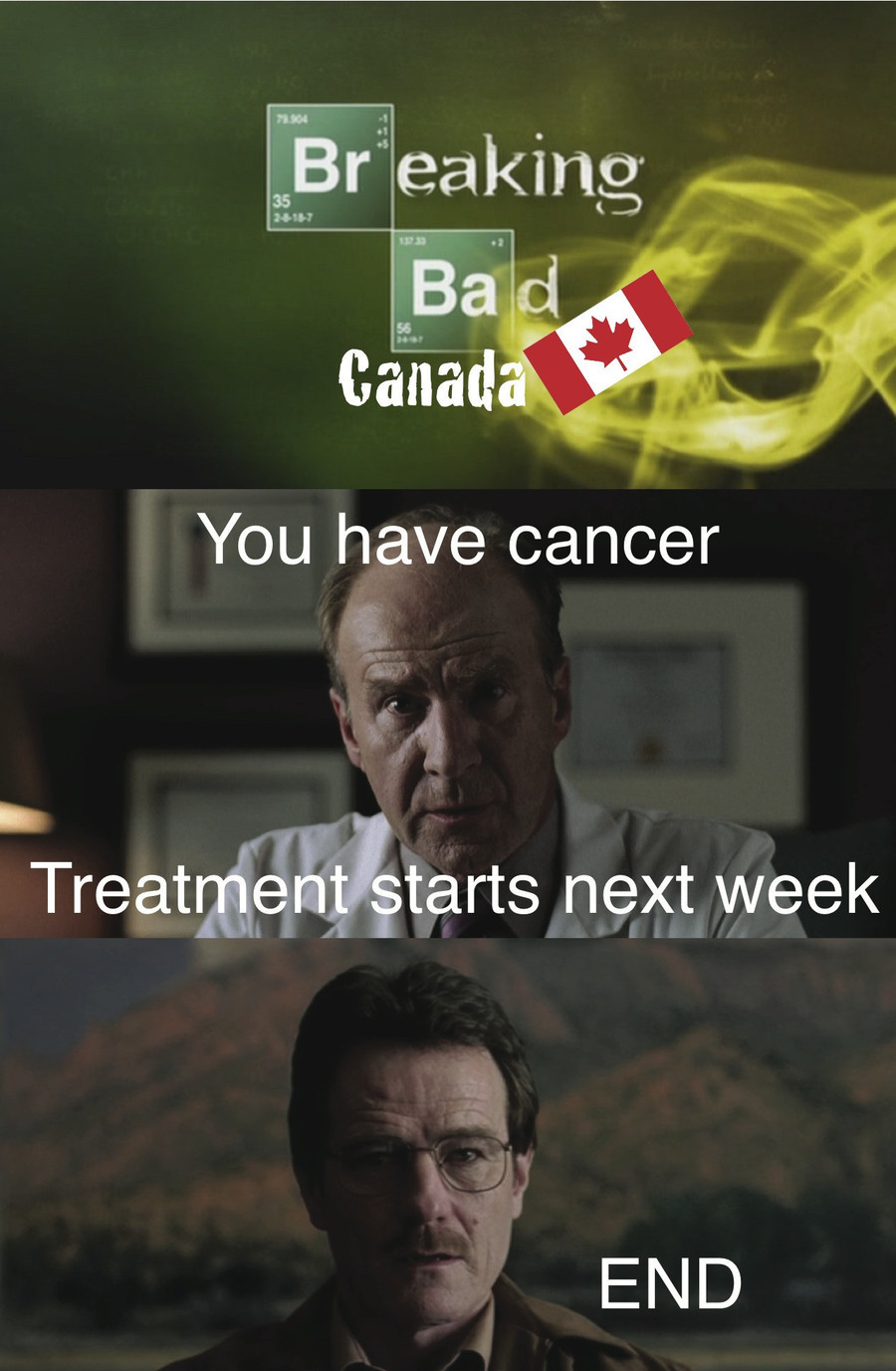 Of course, the American version was a bit different. As Jesse Pinkman (played by Aaron Paul) aptly put it during his hilarious cameo on this weekend’s season premiere of Saturday Night Live:

“Yeah, I had this friend, you know, and he got sick. Like, cancer sicker. But there wasn’t Obamacare, he couldn’t afford treatments. You know what I mean?

So, he did what any of us would have done – he started cooking meth. And soon, it wasn’t just meth… it was murder, you know? And not regular murder. Like, he blew half a guy’s face off.”

Granted, the Canadian universal health care system isn’t perfect – it has its inefficiencies and lacks the same robust innovation and operations that the for-profit American health care system possesses. But at least the treatment you will need to save or even improve your quality of life won’t end up bankrupting you in the process.

Comic by Christopher Keelty. Click on image for enlarged version.