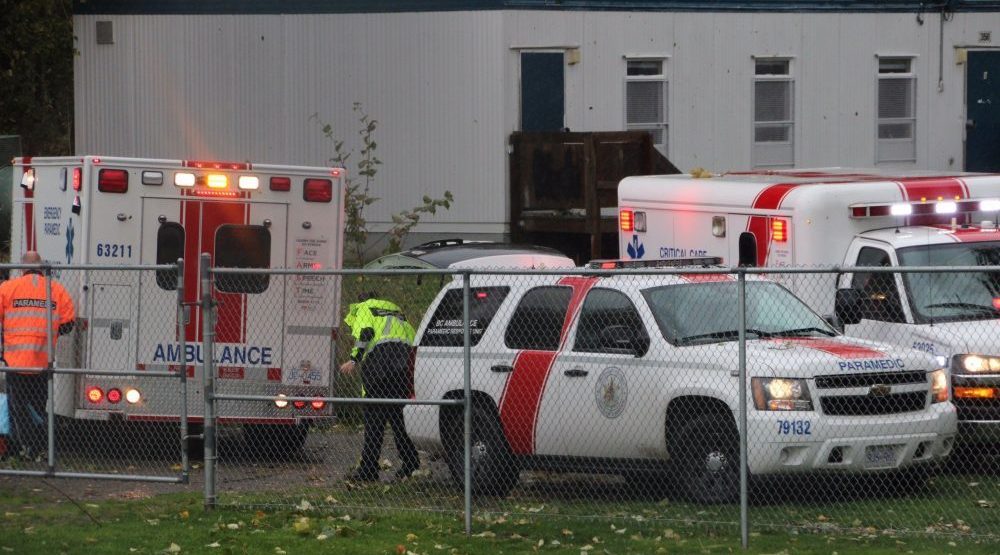 A 15-year-old boy who was hit by a falling tree in Surrey has died.

Surrey RCMP have confirmed that they are currently on scene at Clayton Park where a falling tree has killed the youth.

“This afternoon at 2:25 pm Surrey RCMP, British Columbia Ambulance Service (BCAS), and the Surrey Fire Department (SFD), were called to Clayton Park in the 18600 block of 70th avenue,” Surrey RCMP said in a release.

“A tree fell on a youth male, pinning him down. SFD rescued the youth who suffered life threatening injuries from the incident. BCAS transported the youth male to local area hospital where he later succumbed to his injuries and died as a result.”

The Surrey RCMP Youth Section is currently investigating the incident in partnership with the BC Coroner’s Service. It appears that high winds may have caused the tree to break causing this unfortunate accident.

“The Surrey RCMP is asking people to stay out of wooded areas during periods of high wind,” says Corporal Scotty Schumann.