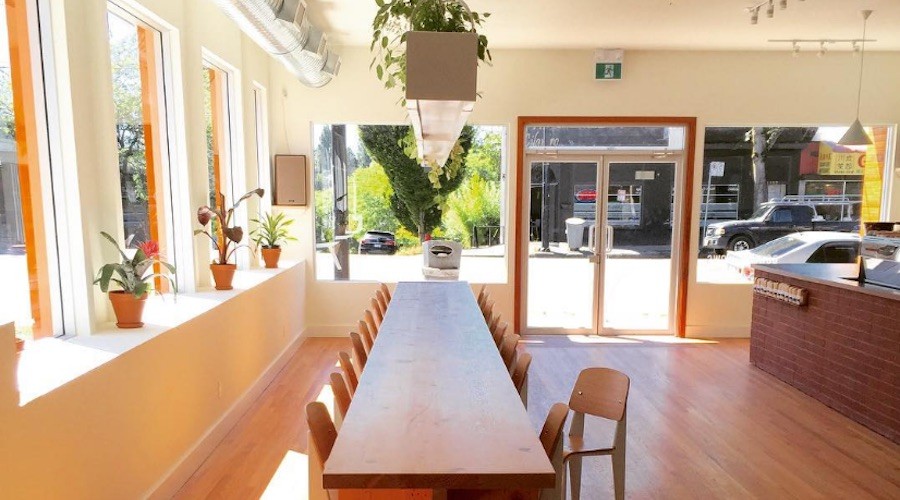 Victoria’s Bows & Arrows coffee roasting company are making the leap into a brick-and-mortar restaurant/café, and they’ve selected Vancouver’s Fraser Street for the project.

Drew Johnson, co-owner of Bows & Arrows, is originally from Vancouver, and while he’ll continue to commute from the Island to work with partner Nate Sabine on the endeavour, it’s a bit like a homecoming. It’s also the chance to shake things up in the neighbourhood, which is seeing a lot of terrific food and retail move in, but nothing like what Bows & Arrows has planned. 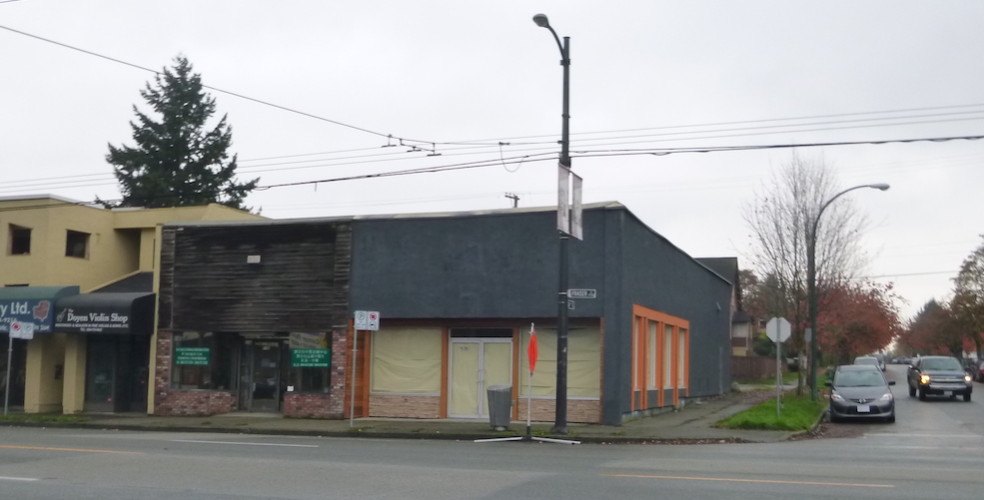 Johnson admits that they had been working on landing the spot before fellow coffee folk Prado settled on the space right across the street, however having the café so close brings B&A the chance to do something different and serve the locals in a fresh and different way.

The concept is to create a “hybrid concept” spot that could welcome customers a different times of day to fill different food and drink needs. Johnson tells Daily Hive the emphasis will be creating “more of a bar feel,” as Bows & Arrows will offer a bev menu of about a dozen wines, five craft beer taps, and a cocktail list focused on classics and classic-inspired drinks, and, of course, coffee.

Additionally, Bows & Arrows has tapped some local culinary talent (whose names they can’t disclose yet) to create a slender menu of bites in the small plates and snack style that will go great with the beverages. The 1,700-square-foot space will feature a bar that runs the length of the room, and offer a great destination outside of downtown for those who enjoy grabbing a drink and a bite before or after dinner, a coffee to kickstart the day, or something light after work.

In warmer weather, a south-facing patio will also offer a top-notch place for gathering, whether its over a glass of wine or a cup of their brewed coffee.

Although the plan to open a Bows & Arrows in Vancouver has been in the works for quite some time, it’s going to be a bit longer still, as Johnson says they’re waiting on permits, and need to do the build-out work, putting the target opening at April 2016.

In the meantime, Johnson and Sabine remain excited about their plans for Bows & Arrows, and for what it can mean for residents of the Fraser Street area–many who will hopefully be delighted to not have to trek far come next spring for a drink and a bite, or their Bows & Arrows beans, and be spared the drive downtown.

“It’s nice to be part of an emerging neighbourhood,” adds Johnson.