A local animal shelter has gotten a fantastic facelift thanks to a U.S. network TV show dedicated to shelter renovations and reducing the stigma around homeless pets.

The CW’s Save Our Shelter tours North America to help breathe new life into local shelters and animal rescues, and just set its sights on the aging West Vancouver SPCA branch.

Although the shelter is in one of the richest postal codes in B.C., the facility needed a makeover.

“People may not even know that a mile away there’s a great organization that has great animals there that need adopted. It’s about spreading the word.”

Their first project was updating the intake area, where pets are initially brought in for assessment and treatment. The shelter can be a terrifying place for an animal, so Kanaka and renovation specialist Rob North wanted to create a functional space that would be calming for both the pets and people using it. The upgrades included new exam spaces, paint and furniture.

The results are remarkable, says the BC SPCA’s Dragana Hajdukovic.

“We really didn’t have good facilities to do intake and it’s really made our lives a lot easier having a proper space to conduct physical exams for pets coming in,” she said. 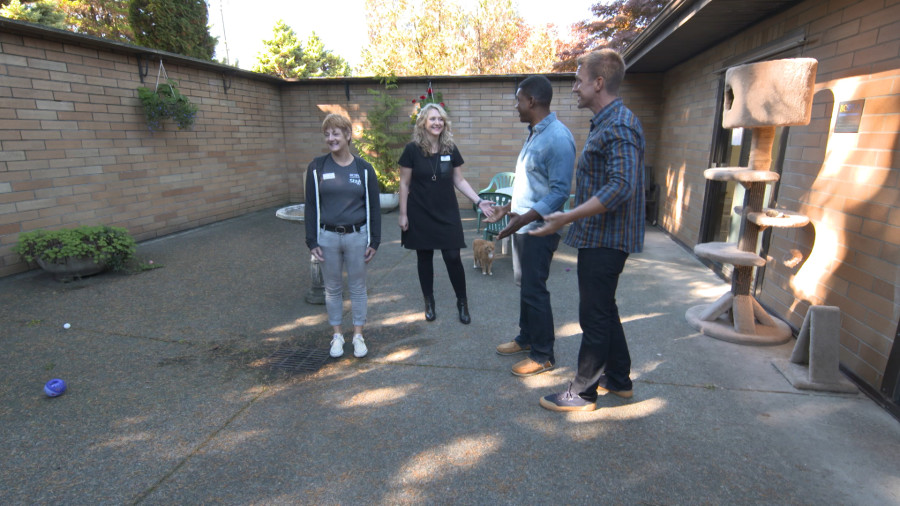 Rocky and Rob checking out the cat atrium area.

In a typical shelter environment pets are bored and un-stimulated, says Kanaka, so the team created an interactive play area where cats can engage in their natural behaviours like jumping and climbing, and take in the sights and sounds of the outdoors – in a safe space.

“Enrichment is key to happiness,” says Kanaka. “Lots of time people think cats just lay around, but that’s not the case,” he said.

The renovations would not have been made possible it were not for a generous $50,000 grant from PetSmart Charities™ of Canada. 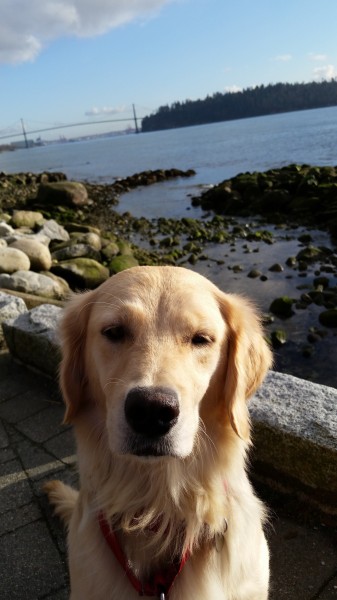 Shelter resident Jessa spent hours with Rocky on the seawall, getting socialized.

The space wasn’t the only thing that was transformed. Kanaka worked with one of the shelter’s most fearful pups to help it get adopted.  A Golden retriever that was seized as part of a Surrey cruelty investigation last summer, Jessa’s timid nature was holding her back from finding a new home.

“I got to take her out along the seawall and we just walked for hours. When I first started there were a ton of people at the beach and near the water and she was terrified, but when we were done she was unfazed – you could just see this beautiful, beautiful dog,” he said.

Jessa was adopted by North Vancouver residents Roberta and Randy Andrus, who decided to go to the SPCA after losing their other Golden a year ago.

“You never know what kind of dog will show up in shelter,” Roberta tells Vancity Buzz. “People’s circumstances change quickly and often times they will give up a purebred.”

“People shouldn’t go in with a particular breed in mind,” added Randy. 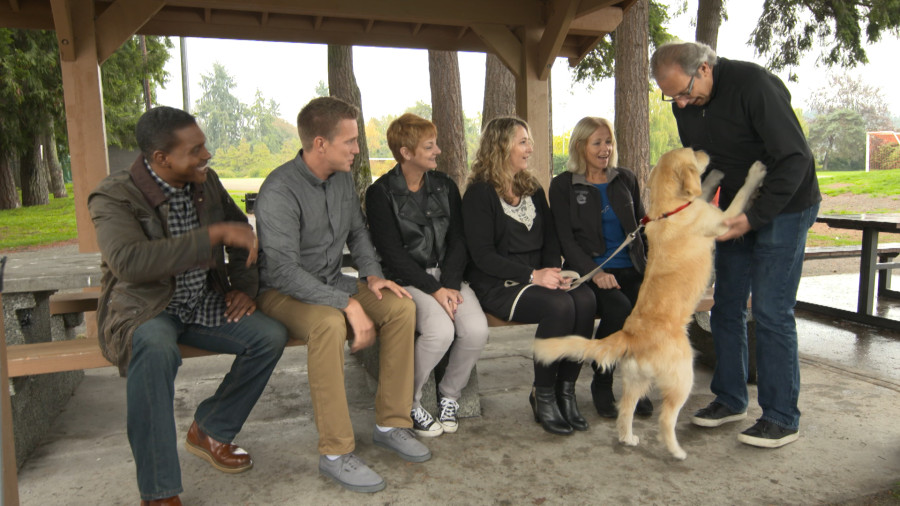 Along with the renovation and adoption, the BC SPCA got a big boost in the form of a pet food donation. Kanaka’s Dog for Dog dog food works on a one-for-one model: for every bag bought, another one is donated to an animal shelter or rescue. In this case, the food will be donated to Charlie’s Food Bank, a pet food bank that helps homeless and low-income pet owners on Vancouver’s Downtown Eastside.

Kanaka says the ultimate goal of the show is to save pet lives.

“I call it making rescue cool,” he says.

“We have to tear down those barriers to let people know that rescue cats, rescue dogs, are just as cool as ones from a pet store or breeder. It’s removing that stereotype that transcends income and education. Getting a rescue isn’t like buying a used car.”

You can catch the West Vancouver Save our Shelter episode on Wednesday, April 27 at 4:30pm PT on CMT. New back-to-back episodes air on CMT on Wednesdays at 4 p.m. PT

Save our Shelter is also making over the Abbotsford BC SPCA location, and the episode airs May 4. 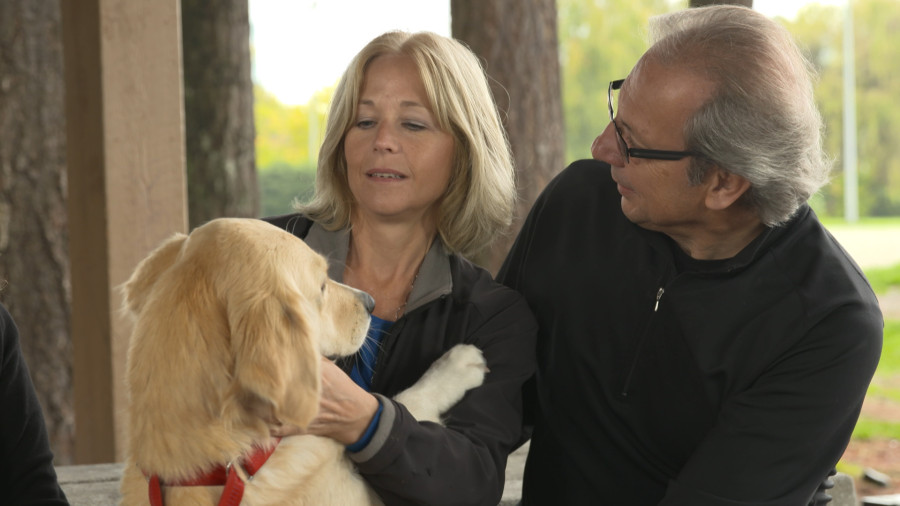 Roberta and Randy Andrus with Jessa.