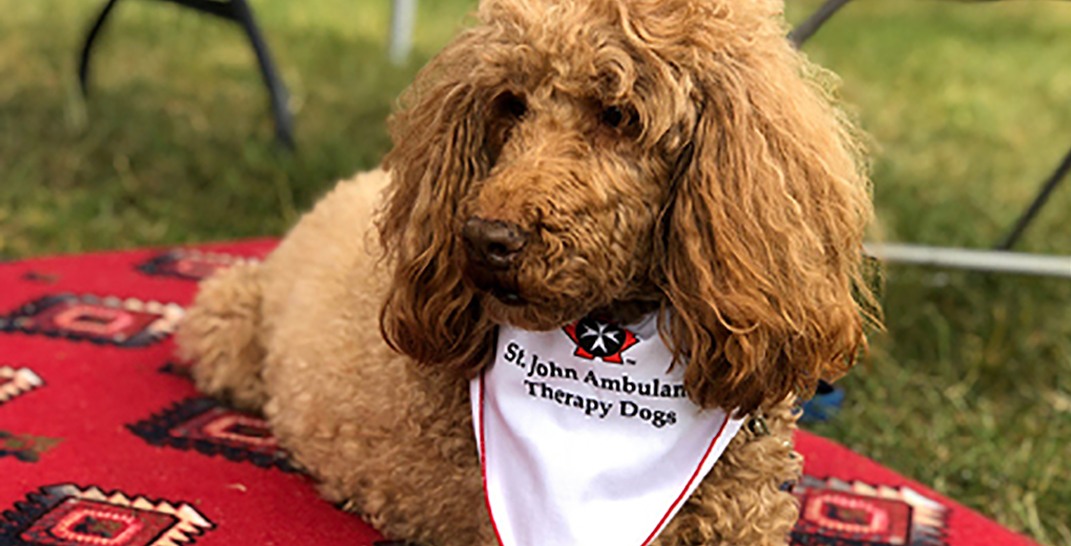 This September, the Vancouver Public Library is giving people the chance to “borrow” a dog from their library.

It’s part of a new program that the VPL is hosting in partnership with the Vancouver Park Board (VPB) and the St. John’s Ambulance called a “Canine Library.”

For years, the VPL and the VPB have hosted a Poetry in the Park program, but this year, they’re bringing the activation to dog parks.

Candie Tanaka, programming and event coordinator for the VPL, says that the idea is built off their popular “Paws 4 Stories” program,” which allows children to practice their reading skills in a one-on-one session with a therapy dog and its owner.

“The man initiative [for the Canine Library] is to foster better relationships between dog owners and non-dog owners,” says Tanaka. “With this program, you get to take out a dog and read it some poetry for 15 minutes, as well as interact with the dog and the owner.”

Tanaka explains that the St. John’s Ambulance, who assists with the VPL’s Paws 4 Stories program, will be bringing six child-evaluated dogs to the park. The event will last two hours and have 48 open time slots.

“Signup is on the day of and there’s no library card required,” she says. “The dogs are all therapy dogs of the St. John’s Ambulance.”

Tanaka also notes that while Paws 4 Stories is designed for elementary school kids, the Canine Library will be open to participants of all ages. Small groups, whether its families, couples, or friends, will also be able to participate.

The Canine Library will take place on Saturday, September 14 from 1 to 3 pm at Emery Barnes Park.