The border debate has come north, and it could be enough to give Conservative Party Leader Andrew Scheer an edge over Prime Minister Justin Trudeau during next year’s election.

According to a recent study from the Angus Reid Institute, more than two-thirds of Canadians surveyed deem the number of people crossing the Canada-America border irregularly — that is, at places that are not designated border crossing points — to be a “crisis” and do not believe that the country can handle the influx of refugees. 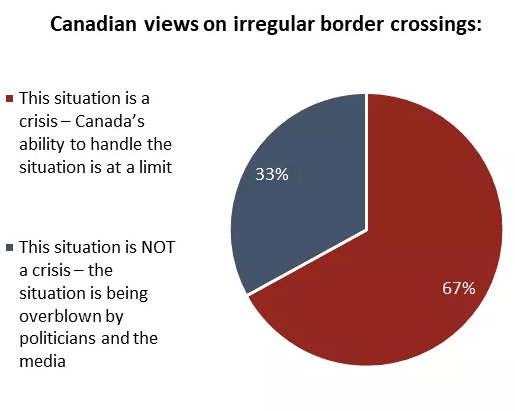 Since the inauguration of Donald Trump in 2017, the number of asylum-seekers crossing America’s northern border has increased to over 1,000 a month, the Angus Reid report states.

The online survey was administered to a randomized sample of 1,500 Canadians between July 25 and 30, and found that nearly half of respondents overestimated the actual number of refugees that have come to Canada outside an official point of entry since 2017.

That number, according to government statistics, is just over 31,000 — though 48% of Canadians surveyed believed it to be above 50,000.

When told the actual number of people, the majority of respondents still stated their belief that 31,000 people are too many for the country to handle. 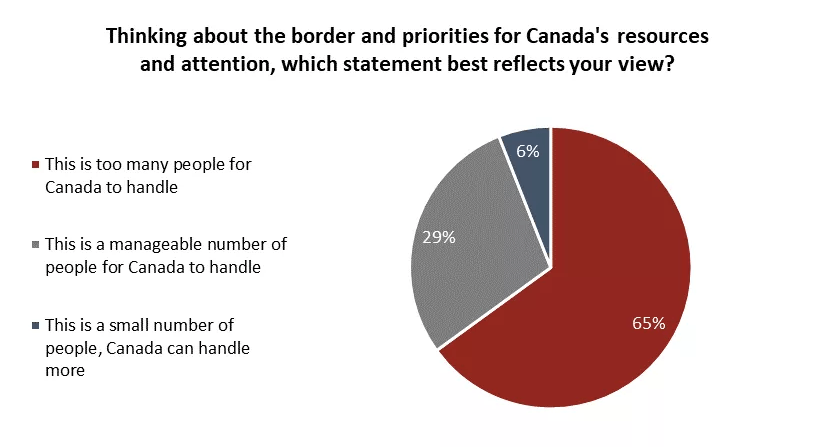 With the 2019 federal election just 14 months out, many Canadians could be looking to Conservative Party Leader Andrew Scheer to crack down on illegal immigration, as nearly 50% of respondents state that they would trust him most with the issue, rather than either Trudeau or NDP Leader Jagmeet Singh.

Unsurprisingly, nearly all Conservative leaning respondents went with Scheer, but so too did 30% of Liberal voters that were surveyed, and 24% of NDP voters. 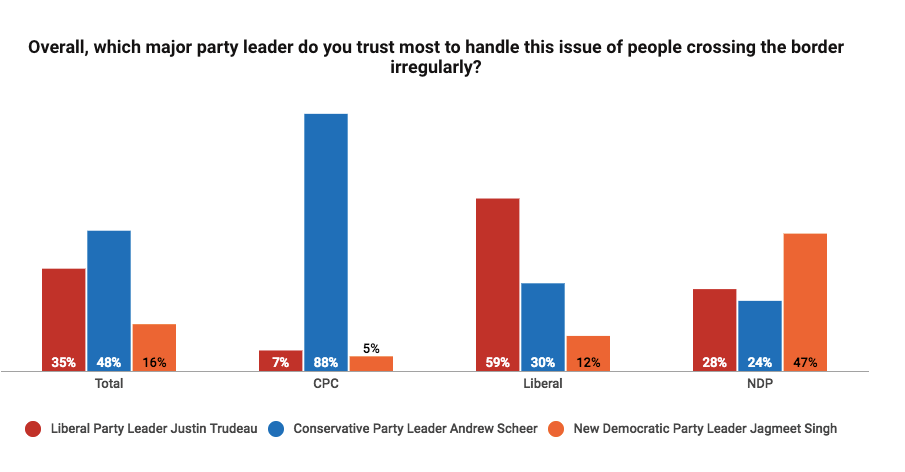 The full results of the survey can be found here.