If you missed out on The Book of Mormon tickets, then you’re probably kicking yourself right about now. The Broadway musical will be the talk of the town, something lucky audiences will remember for a long time.

I wasn’t ever a fan of South Park. While the content was good, the animation and show format just didn’t jive with me. I don’t find myself watching too many animated shows, simply because the live-action stuff is so much more compelling these days. So, it’s wonderful that the unapologetic wit of South Park creators Trey Parker and Matt Stone has been translated in a medium that I do love – musical theatre.

Religion is always touchy stuff, and The Book of Mormon goes all-out in painting a one-sided depiction of the faith, done in such a tongue-in-cheek way that it would be difficult to read it as anything but satire. As with all good satire, it’s easy to see how Mormon didn’t need to stretch too hard to poke holes into the religion, from the whacky “golden plates” creation story, to opening number “Hello” and its signature style of religious recruitment. 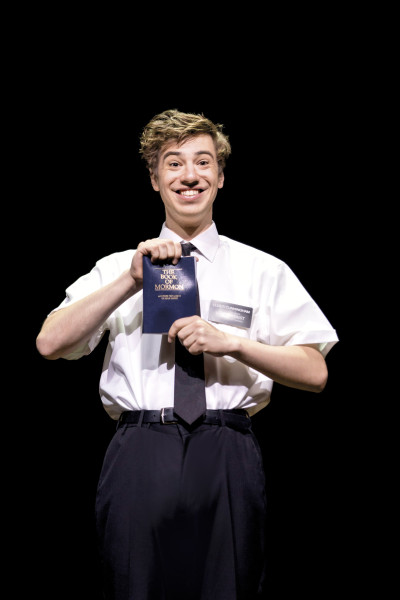 Unlike my previous Broadway Across Canada experience, this production of Mormon is packed full of strong cast members, all with the chops and talent to pull off some incredibly catchy numbers. It’s hard to pick a favourite, but I’d have to vote for the underdog, A.J. Holmes as Elder Cunningham. Under the nerdtastic references and creepily awkward personality, Holmes exhibits the strongest set of musical chops within the production, which is such a pleasant and surprising match in the first-act climactical “Man Up.”

The music isn’t exactly ground-breaking, but what will keep you engaged are the lyrics, which never go the way you’re expecting them to. Sustain nods to the other ‘African’ musical, The Lion King (“does it mean no worries for the rest of your days?”), only goes further in setting the two apart. Lion King glorifies in African stereotypes, and Mormon uses them to say something about the state of contemporary race politics. 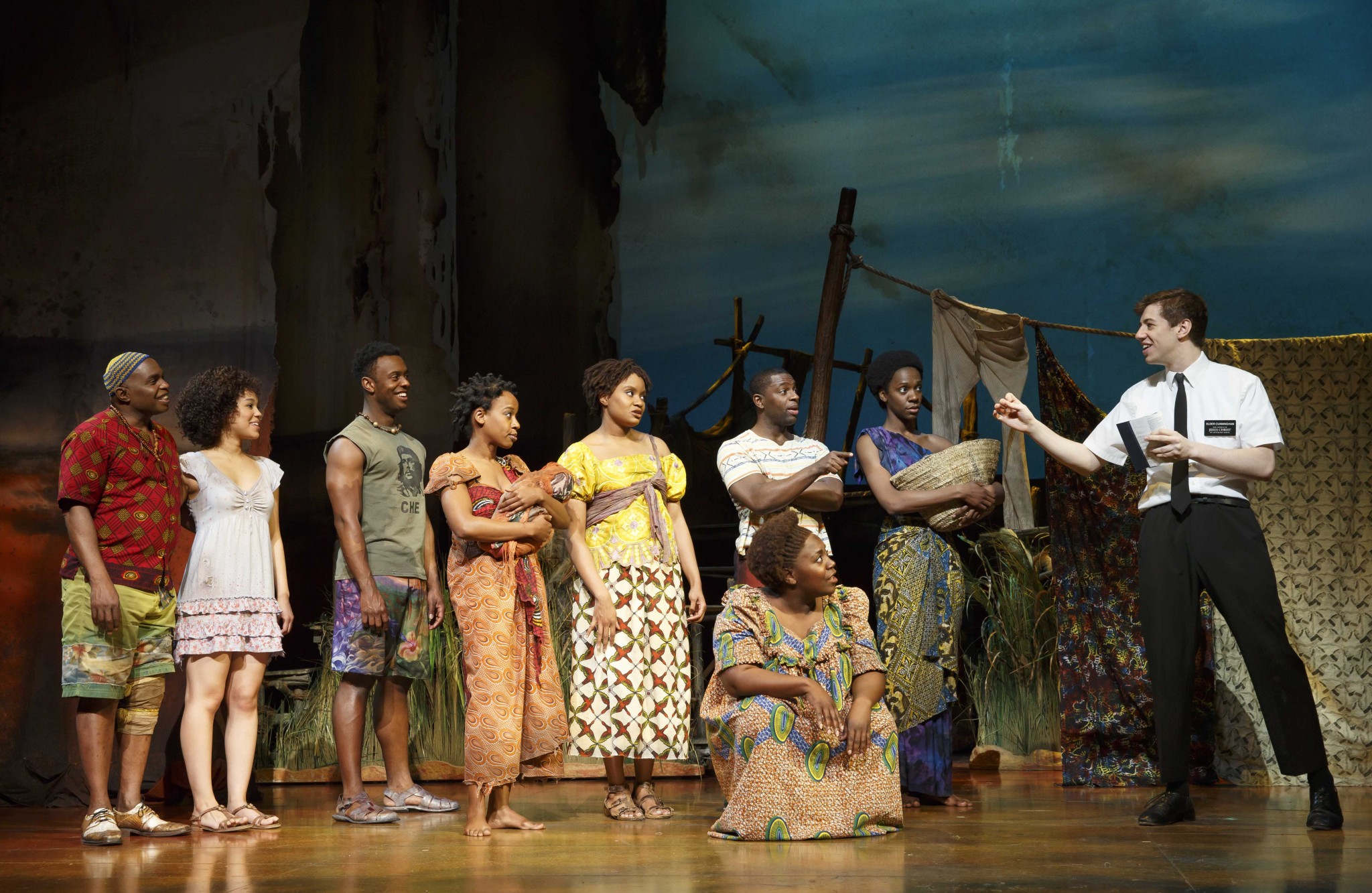 What exactly Mormon is trying to say about “the Africa problem” is less satisfying. White boys dancing to pseudo-African music while actual Black people look on is perhaps the strongest statement among Mormon’s social commentary, but the musical is about entertaining, not preaching.

There’s so much more to say, but I don’t want to spoil all of the laughs. The Book of Mormon is as good as they say, and the Vancouver production more than holds up to the charms of the original.

The Book of Mormon runs at the Queen Elizabeth Theatre from April 7-12. More information here.

There’s also a pre-show lottery, making a limited number of tickets available at $25 each. Entries for the lottery will be accepted 2 hours and 30 minutes prior to each performance, with the winners drawn 2 hours before the curtain rises. The lottery will be held on the Queen Elizabeth Theatre Plaza, located around the corner from the box office.