On October 2, poet, author, musician, and media artist Heather Haley (aka The Siren of Howe Sound) will be unveiling her new novel, “The Town Slut’s Daughter”. If you have had the pleasure of seeing Heather read, you know anyone who is lucky enough to see her will be in for a fiery evening that won’t be soon forgotten.

Fiona Larochelle flees a harrowing home life only to land in Vancouver’s violently blazing punk rock underground. Music provides a catalyst when she mines a talent for singing and songwriting to form an all-girl band, the Virgin Marries. After the group breaks up, Fiona is stranded in the U.S. and forced to navigate a minefield of vice, drug abuse, jealous lovers and predatory record producers as she works to rebuild her dream. She discovers that although rage may have facilitated her quest in the beginning, it cannot deliver her. Amid the tumult of the LA Riots, Fiona bolts from her cocaine-fueled marriage to a modern-day Bluebeard. Throughout it all, a fierce, indomitable spirit prevails. 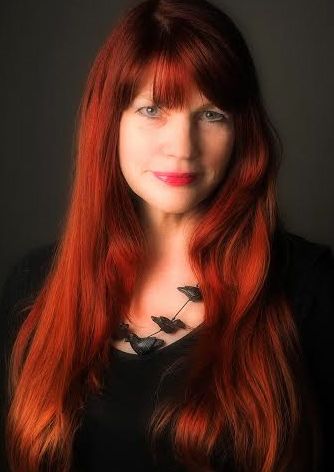 “Haley chronicles the punk scene with insight gleaned from the mosh pit, backstage and onstage fronting her band the Zellots. It was a grimy few years when poverty was a style and anyone with the guts to get onstage could be a star. Haley has written a coming-of-age-novel in which Holden Caulfield is a street-walking cheetah with a heart full of napalm.”-Les Wiseman, writer, editor, Vancouver Magazine, Bloodied But Unbowed

“Quick and nervy, this book vibrates with the intensity of the punk scene it describes.”- Janice Erlbaum, author of GirlBomb and Have You Found Her: A Memoir

“The Town Slut’s Daughter is a wild romp through the madness of youth, a pagan celebration of life and living. But be warned Heather Haley is no lady. She’ll kick the ball right in your face and it will hurt.”-Chris Walter, author of East Van and Chase the Dragon