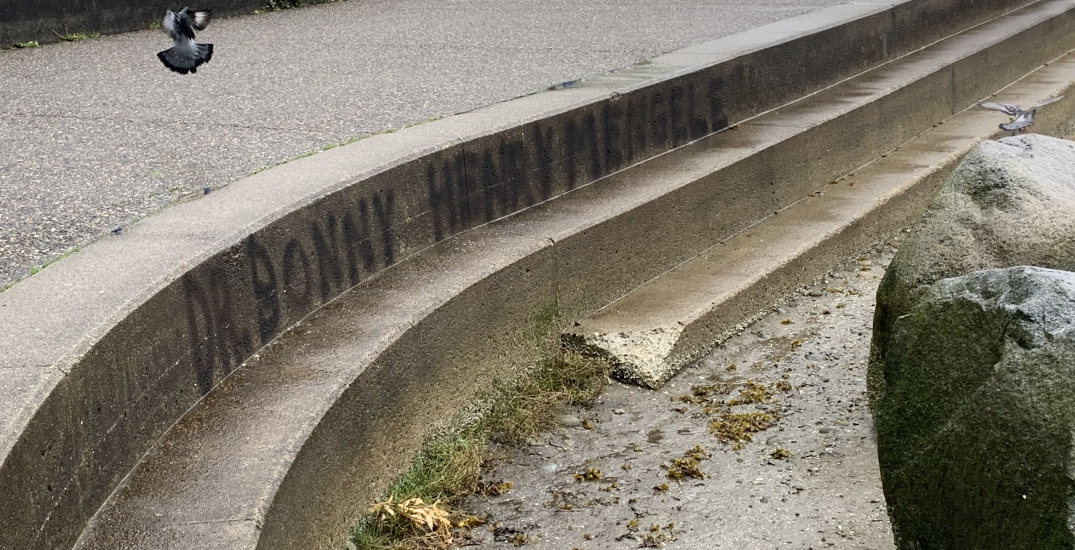 Graffiti on Vancouver’s seawall likening British Columbia’s provincial health officer to a Nazi concentration camp doctor has been covered up by the city.

The message, which reads, “Dr. Bonny [sic] Henry Mengele,” was spotted spray-painted on the seawall on April 26.

Josef Mengele was the chief physician at Auschwitz during World War II. Known as the “Angel of Death,” he performed deadly experiments on prisoners, and he was one of the doctors who selected victims to be killed in the camp’s gas chambers.

“The City was made aware of the graffiti, and has covered it temporarily until it can be removed,” Gail Pickard, the city’s associate director of Civic Engagement and Communications, told Daily Hive.

What a terrible thing to encounter. ⁦@CityofVancouver⁩ please deal with this offensive idiocy on the seawall ASAP. pic.twitter.com/nEVNO9u6sS

Anti-Semitic incidents hit a record-high in Canada last year, according to a new audit from B’nai Brith Canada, a Jewish human rights organization.

A total of 2,610 anti-Semitic incidents occurred in 2020 – an increase of 18.3% from 2019. Although physical attacks decreased last year, incidents of online hate “skyrocketed.”

“Canadians spent much of 2020 under pandemic restrictions and lockdown, [but] antisemitism did not take the year off,” said Michael Mostyn, the organization’s CEO.

Daily Hive has reached out to Vancouver Police and will update this story accordingly.