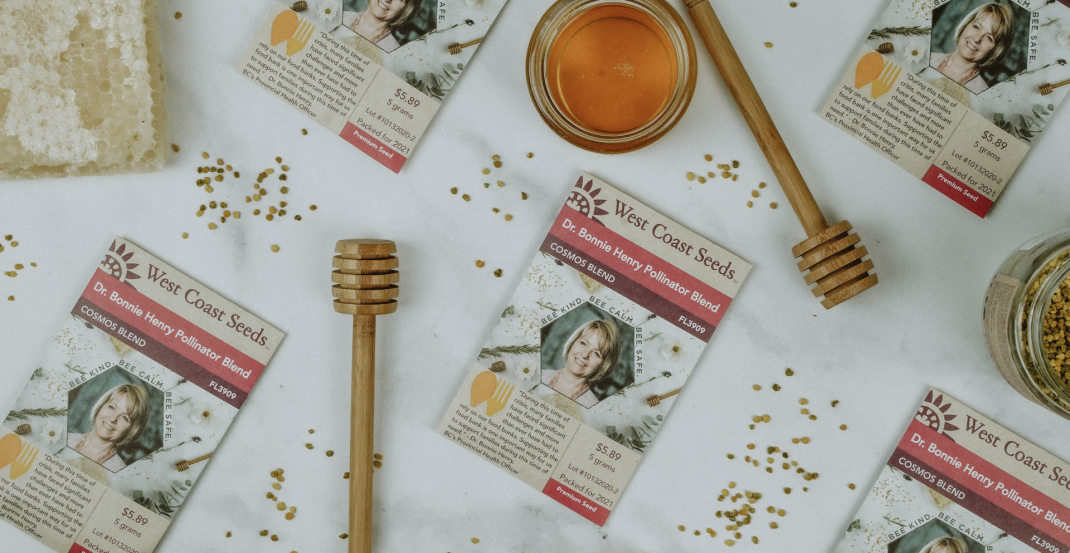 West Coast Seeds has raised over $90,000 for Foodbanks Canada thanks to the sale of the very popular Dr. Henry Pollinator Blend.

All proceeds from sales of the wildflower seed blend, which honours BC’s provincial health officer, are donated to Food Banks of Canada.

The campaign was first launched on November 16, and sold out with more than 5,500 units purchased in only three days.

West Coast Seeds started this giving campaign in appreciation for Henry, healthcare providers, and health officials across Canada and provide support for families in need for challenges that came with COVID-19.

The campaign now has a new goal — $150,000 — with additional units now in stock to continue supporting frontline workers.

The Dr. Bonnie Henry Pollinator Blend was inspired by Henry’s own catchphrase, “Be Calm, Be Kind, Be Safe.”

“The support we’ve experienced since the launch has been incredible,” said Aaron Saks, President of West Coast Seeds, in a release.

“We sold our entire inventory in just three days, far exceeding our expectations. We have another 20,000 units now available, and if we sell them all, we will be donating roughly $150,000 to Food Banks Canada to support families facing challenging times across the country.”