It takes a garden to brew beer; the plant-based beverage relies on crops like hops and barley for its core ingredients and composition. But there is a whole array of botanicals that can go into the brewing process to create exciting and diverse flavour profiles.

With an aim to exploring the profound connection between what grows in the ground and what gets tapped from the keg, Vancouver’s VanDusen Botanical Garden has teamed up with Bomber Brewing for new classes (and exclusive microbrews) on The Botany of Beer.

Gillian Drake, Education Director at VanDusen, says she is always thinking about the different kinds of courses the facility can offer that focus on the ways we use plants in our lives. “VanDusen has a lengthy history of running classes on botany, gardening, painting, and photography,” says Drake, but she wanted to create a course that might “appeal to a different demographic.”

Since Vancouverites have a pronounced interest in craft beer, Drake thought perhaps she could bring the worlds of beer and gardens together in an interesting way.

The two-part Botany of Beer class begins with a session at VanDusen, facilitated by Rachaal Steele of Bomber Brewing. The second class heads right to Bomber’s brewery.

Steele says Bomber was connected with VanDusen and Drake since the she and the brewery are known for their beer education. Steele and Drake talked about what kind of information would be most relevant to the Botanical Garden’s patrons, and then Steele turned to the gardens themselves for inspiration for the curriculum and the beers. 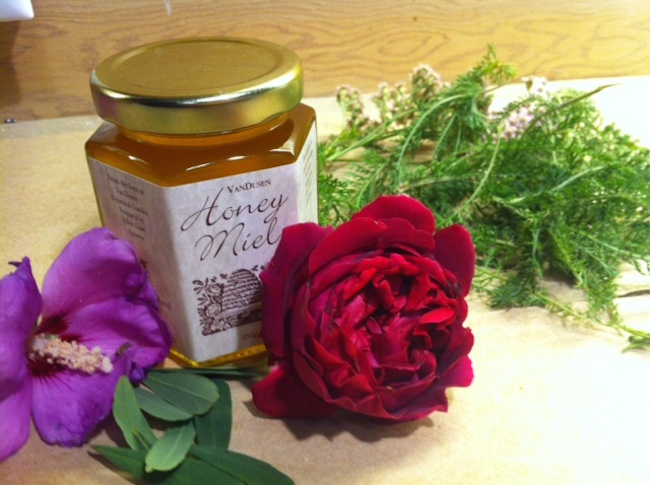 After doing some research on ancient beer-making, Steele offered Drake a list of potential ingredients, and of those, about a half-dozen were sourced from the grounds and put to use in a set of three beers that were brewed, casked, and tapped at the first class, which took place on August 12.

Using what Steele describes as a “straightforward brown ale base,” and working with Bomber brewer Thom Riley, the brewery made 19 litres each of the exclusive Botany of Beer brews. One used rose for bitterness and citrus with honey–made by VanDusen’s busy bees–for sweetness; these flavours, says Steele, would have been commonly seen in beers anytime from the Renaissance to the Medieval period.

A second brew melded hibiscus and common yarrow. Herbal and spicy, this beer was inspired by the new world flavours of Central and South America several hundred years ago.

Lastly, sweet gale and its bitter, hop-like flavour profile, and pine resin, which imparts a smoky tone, were paired for a beer that Steele says “created a modern palate beer using ancient ingredients,” adding that a beer lover wouldn’t be surprised to see something tasting just like this last brew at a place like Vancouver’s The Alibi Room. 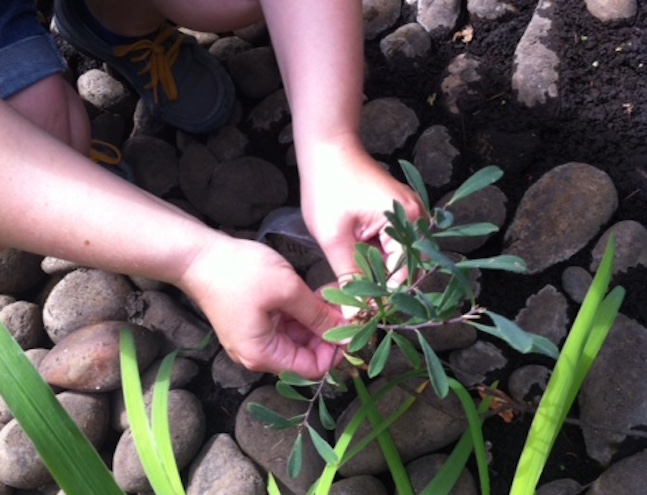 Steele says she and the Bomber team collectively found that their work with VanDusen for the Botany of beer changed the way they look at modern beer. Now, attests Steele, she and the brewers are excited to “think outside the traditional beer ingredients.”

Though no plans are in the works as of yet to do larger batches of the VanDusen Botanical Garden beers, there is already a plan to hold the course again in November, and brew more beers–this time using what is in season in the gardens at that time of year. Of course, “you never known when our inspiration and creativity will kick in,” teases Steele.

Drake, at VanDusen, echoes the sentiment of delicious possibilities: “We are looking forward to what we can do in the future. This is just the beginning–who knows where this will take us!”