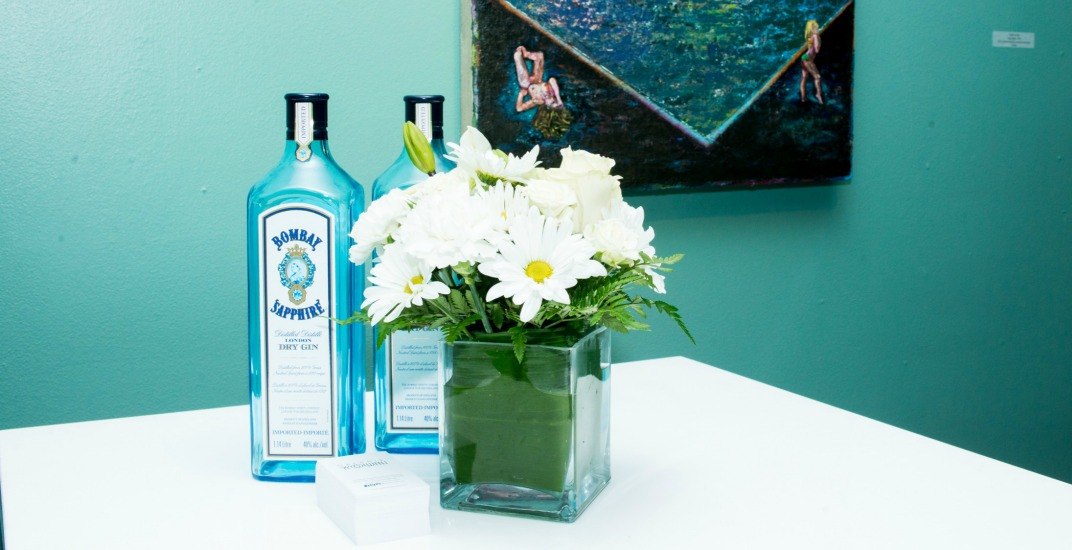 Vancouver is one heck of a city for art.

From murals adoring walls on the east side of our city to digital art projections covering the exterior of the Vancouver Art Gallery – it’s clear there’s a wealth of raw talent here.

Now you’ll be able to see more of that talent at the Bombay Sapphire Artisan Series Vancouver finals on Thursday, September 14. Taking place at the Winsor Gallery, the event is showcasing 17 of Vancouver’s best emerging artists as chosen by Artsy.

“As an Artist Consultant, programs like the artisan series give exposure to emerging artists that would otherwise be lost. These artists have an opportunity to show at a high-end commercial gallery amongst a number of their peers. The social aspect is invaluable as well, as they’re likely to meet others in their community during the evening’s events,” said Pennylane Chen, the art consultant and founder of Dazed and Confucius.

“It’s been a wonderful experience working with these artists first hand. I’m always very humbled and honoured to be a part of the conceptual and marketing process of their practice. Having their work shown at Winsor is a huge achievement and certainly validation that their hard work has not gone unnoticed by the public.” 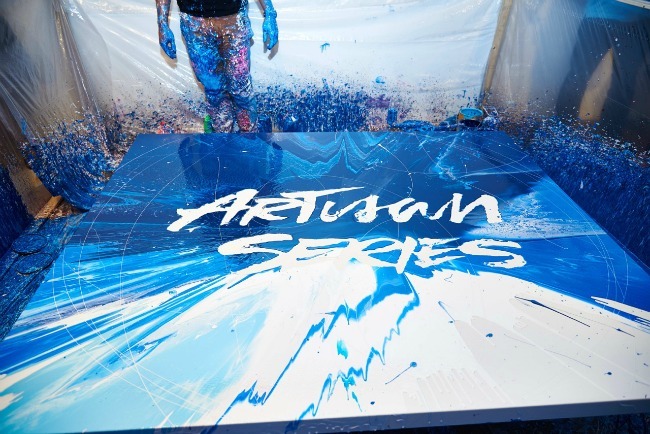 The event has also presented an amazing opportunity for Vancouver’s best talent to join forces.

“It’s been great working and getting know emerging artists I am not familiar with in the Vancouver art community. There has been a lot of buzz and conversation around the competition, artists are really excited about this opportunity,” said Anita Cirillo, Associate Director at Winsor Gallery.

“This competition is a great opportunity and way to give up and coming artists exposure. It’s a great platform to launch their artistic careers, and we are excited to be a part of it,” Cirillo added.

More than 800 artists in the city applied to the Bombay Sapphire Series and only one will win a trip to Miami to compete in the North American finale in December. So you can go along and see the final entries next week. And enjoy some Bombay Sapphire cocktails inspired by creativity while you’re there. 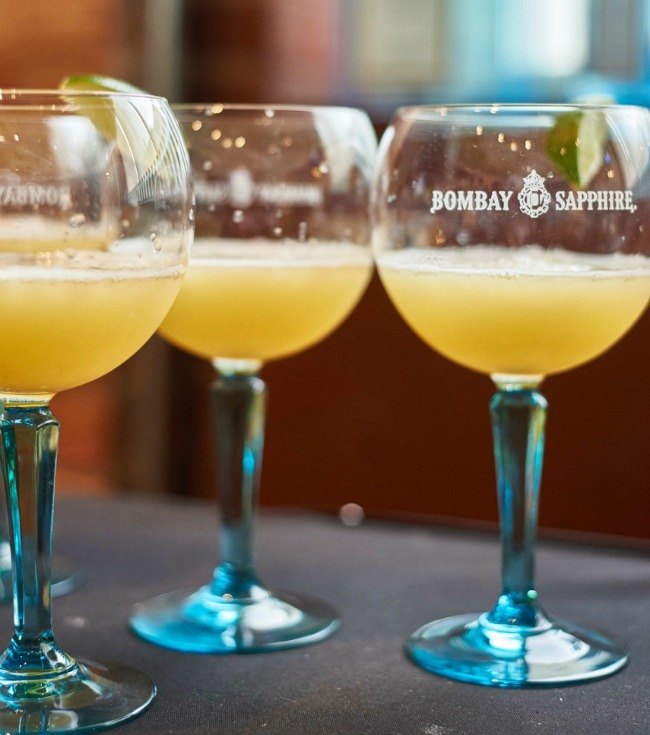 To make it even better, the event is free to attend. For real. All you have to do is Register via Bombay Sapphire to secure your place. All event attendees must be 19 years of age or older to enter the gallery. ID will be checked at the door so make sure you remember to bring yours.

Every year, the Bombay Sapphire Artisan series fosters the talents of emerging artists through a nationwide search for the best up-and-coming names in visual arts. Once the finalists are picked they have their work on display in front of the world’s top art critics and buyers at the Scope Miami Beach Art Show.

Since its inception in 2010, the Series has received more than 20,000 submissions from inspired artists across the country and has precipitated the sale of artwork totaling more than $260,000 from the finalists pool. In 2012, Chicago finalist Hebru Brantley sold his finale piece to Jay Z for $20,000 in Miami. Brantley went on to paint Lil Wayne’s skate park and was commissioned by Swizz Beatz in 2013 to create a custom piece. 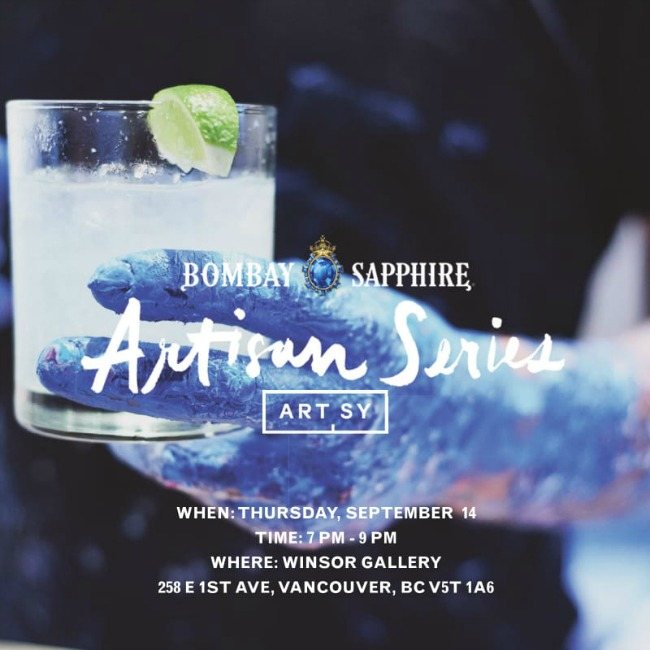 The 2016 Vancouver winner of the Artisan Series, Ben Lee said: “As far as the effect of Artisan Series on my career as an Artist I can say it helped establish many connections within the art world: other artists, galleries, and collections both public and private.”

“Representing Vancouver was unquestionably a great honor, it also helped people understand where I’m from geographically in Canada. Ultimately to the American People, I was a representative of Canada, and my art was a reflection of that difference,” said Lee. 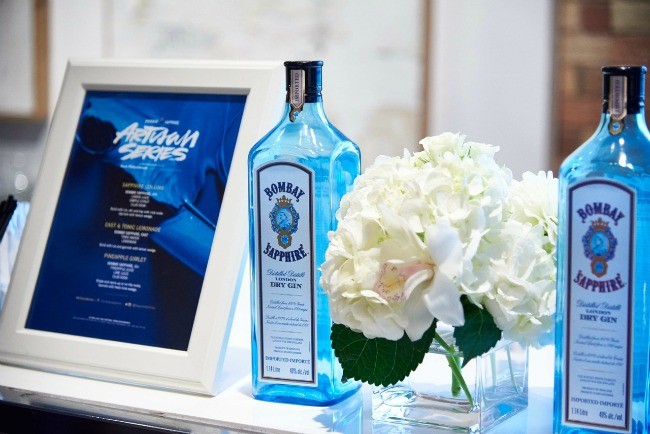 Yep, the potential for the winning artist is insane. Most recently in 2014, national
Winner Kristine Mays’ incredible work was purchased by Star Wars film director George Lucas and his wife Mellody Hobson at the Artisan Series solo exhibit at SCOPE NYC. This just shows the exceptional caliber of talent that gain exposure from Bombay Sapphire’s annual multicultural arts competition.

“The whole experience was incredibly eye opening. To meet so many fellow artists in such a supportive community was refreshing and important change. The single greatest outcome of the Artisan Series was the lifelong artistic friendships I have gained as a result of the event,” Lee concluded.

Register online now to secure your place for the Artisan Series event in Vancouver. This is one art show that you really don’t want to miss.