The discovery of a body brings the two-year search for a missing person to a sad and tragic conclusion.

On December 31st, 2013, shortly after 9:00 p.m., human remains were found in the water at a marina in False Creek. After the discovery of the body, Vancouver Police and the BC Coroners Service began working together to determine the person’s identity and the cause of death.

After forensic examination, the individual has now been identified as Matthew Huszar.

Matthew was 25 years old when he was last seen leaving an office Christmas party near Water and Abbott Street shortly before midnight on December 16th, 2011.

The investigation into Matthew Huszar’s disappearance and death does not indicate anything suspicious and foul play is not suspected.

Police have been in contact with the Huszar family and have provided them with information related to the investigation.

He was a University of British Columbia geology graduate and had no known health, social or financial issues. Shortly after his disappearance, friends and family launched a massive poster canvassing campaign in the downtown area and at SkyTrain stations. A website was also created as part of his missing person search. 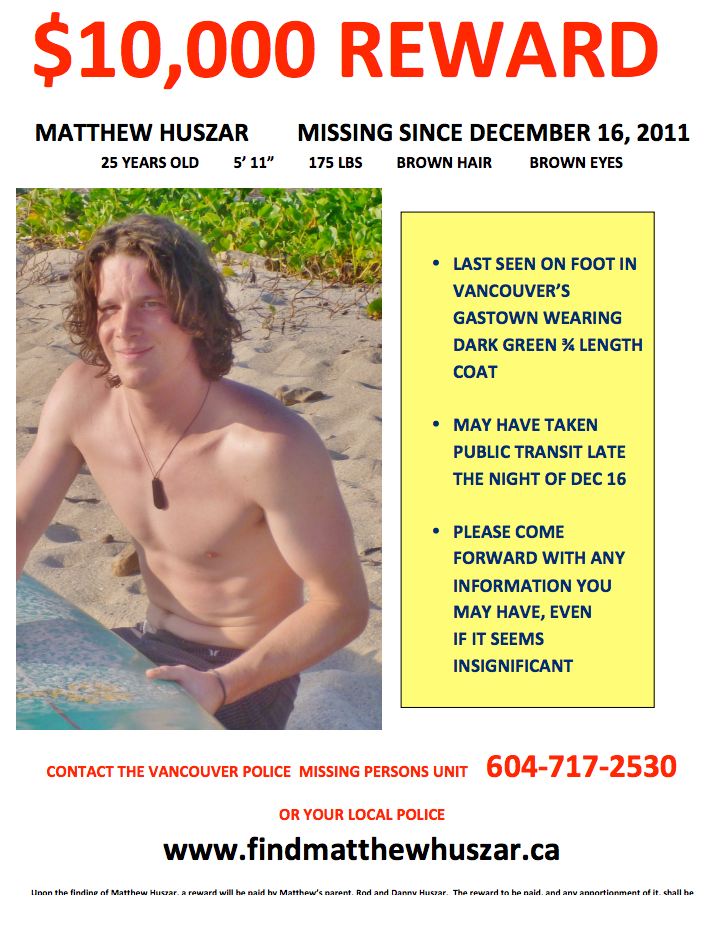