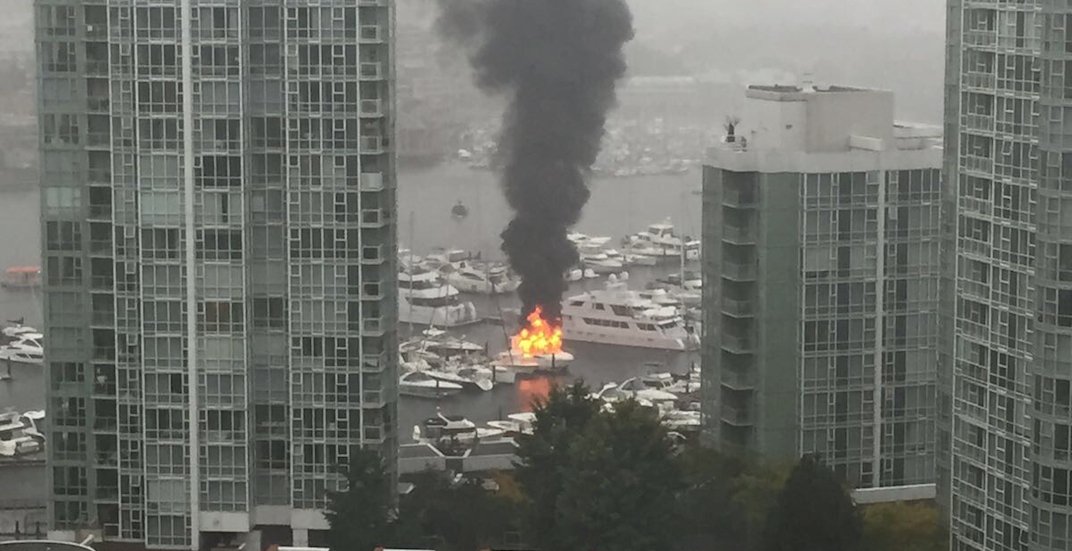 UPDATED: The fire has been extinguished. Both False Creek Ferries and Aquabus have resumed their service to the Yaletown dock.

Vancouver firefighters are responding to a blaze at the marina next to Marinaside Crescent at False Creek.

A witness told Daily Hive the fire began at one boat and quickly spread to two adjacent vessels. Big bangs can be heard, possibly an indication of fuel tanks exploding.

Firefighters are combatting the fire from both the marina and on the water with fire boats.

The incident began shortly after 11 am.

The fire may have been started by a lightning strike.

False Creek Ferries and Aquabus have temporarily suspended their service to the Yaletown dock. 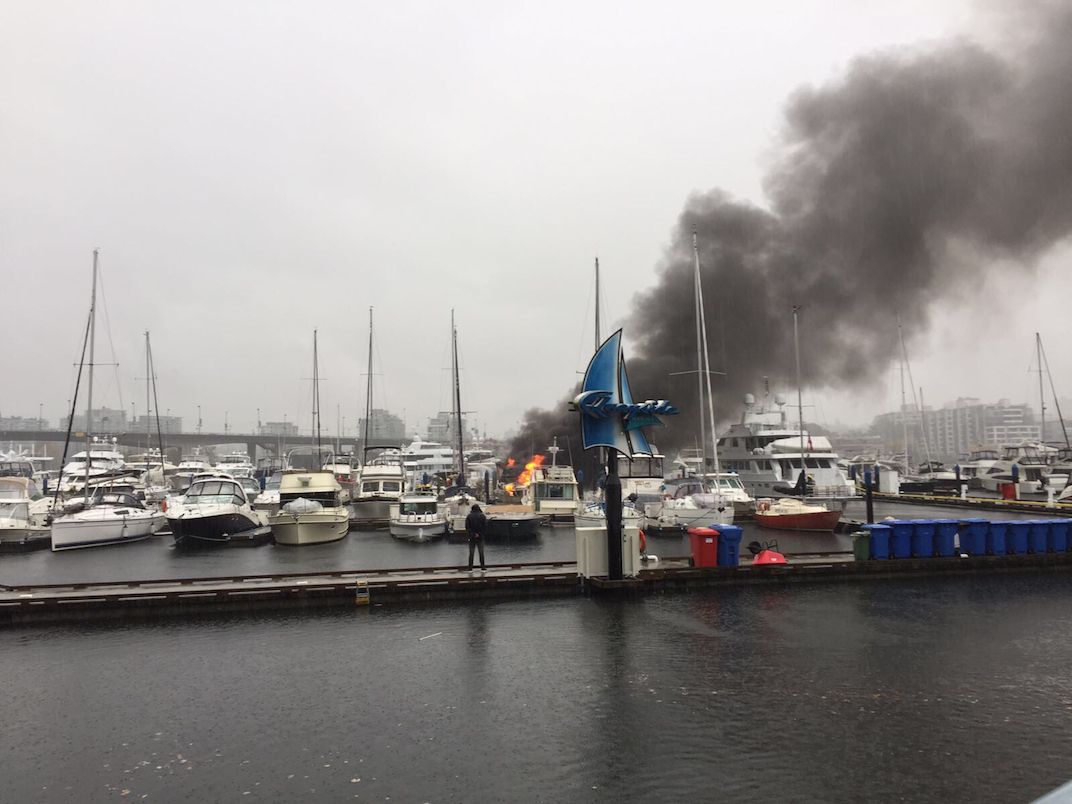