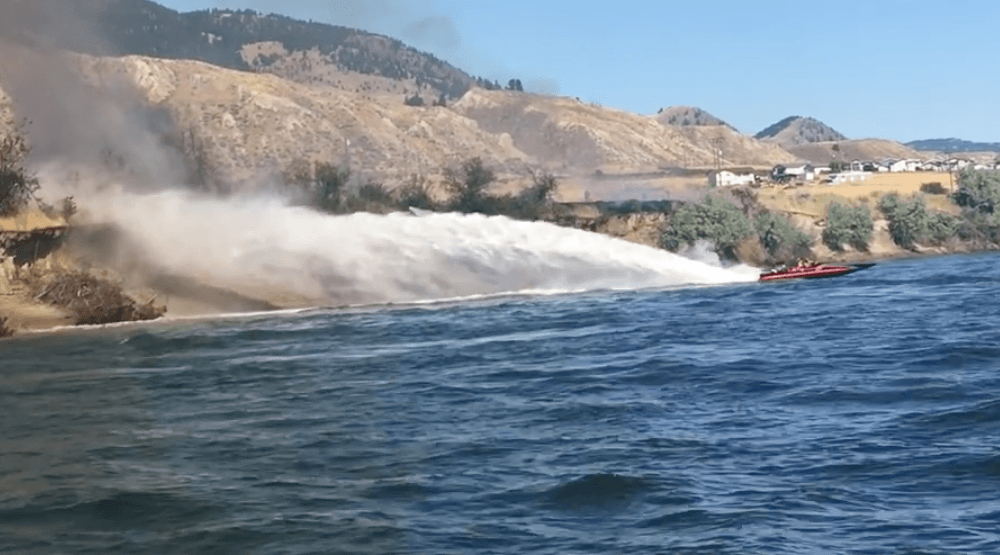 A speedboater sprays a grass fire with water near Kamloops. ( Lorrie Jane / Facebook)

We’ve all heard the old saying that “only you can prevent wildfires.”

And it seems that one boater in the BC Interior took that to heart this past weekend.

In a video captured by Lorrie Jane and posted to Facebook, a speedboater can be seen using the spray from his boat to attack a grass fire on the banks of the South Thompson River near Kamloops.

After a few attempts, the boater hits the intended target with the spray and the flames are doused.

The video has since gone viral with more than 192,000 views.

In the midst of what will be a wildfire season for the books in BC, we salute the quick-thinking actions of this citizen firefighter.