A sailboat has caught fire at the eastern end of False Creek near Science World.

A witness told Vancity Buzz the fire began just after 12:30 p.m. this afternoon and there was an explosion. According to Vancouver Fire Rescue, one man was pulled from the water and transported by paramedics to hospital with serious burn injuries.

Police boats have arrived at the scene. A fire boat arrived at 1 p.m. and is flowing water onto the vessel. 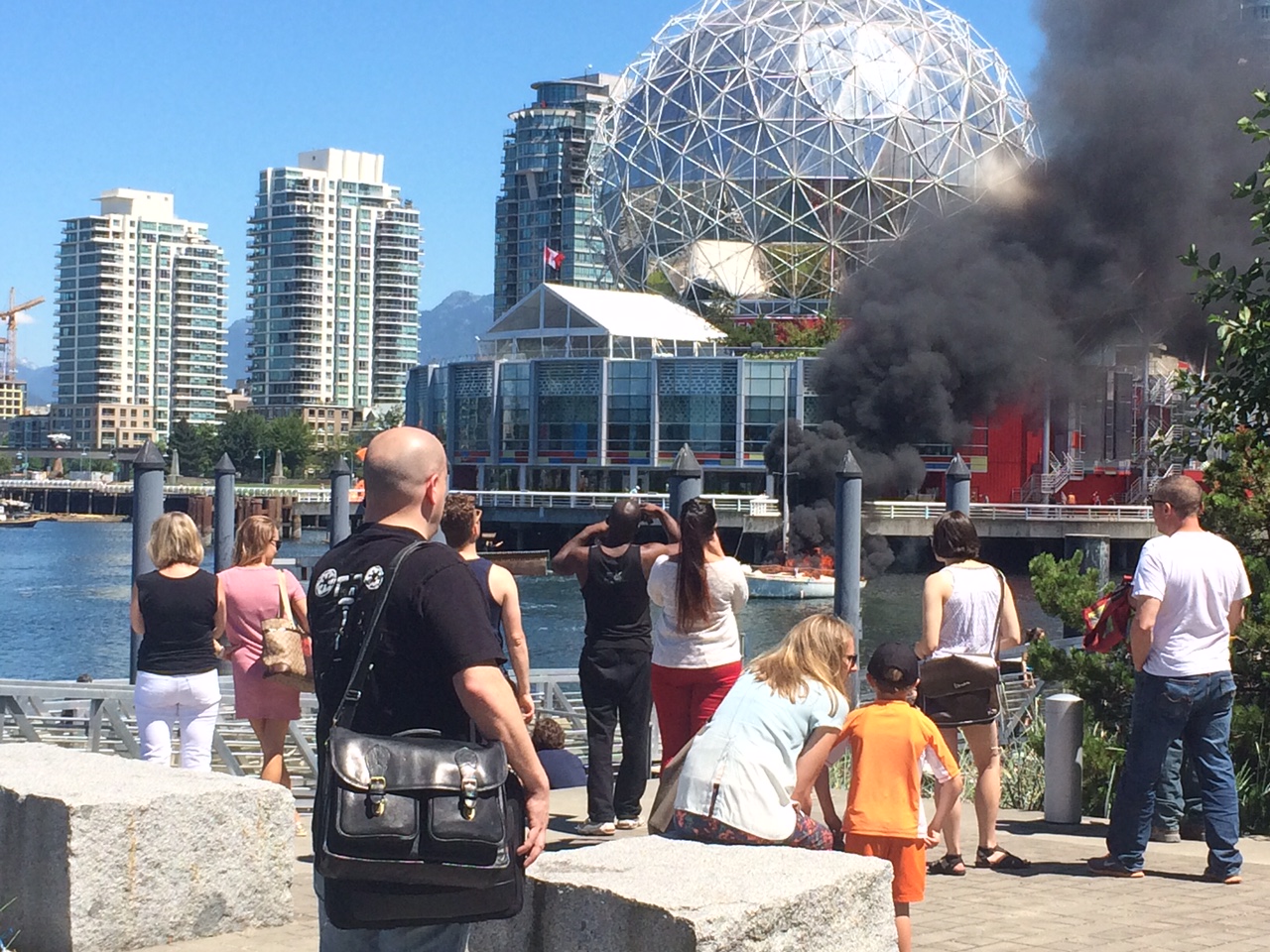 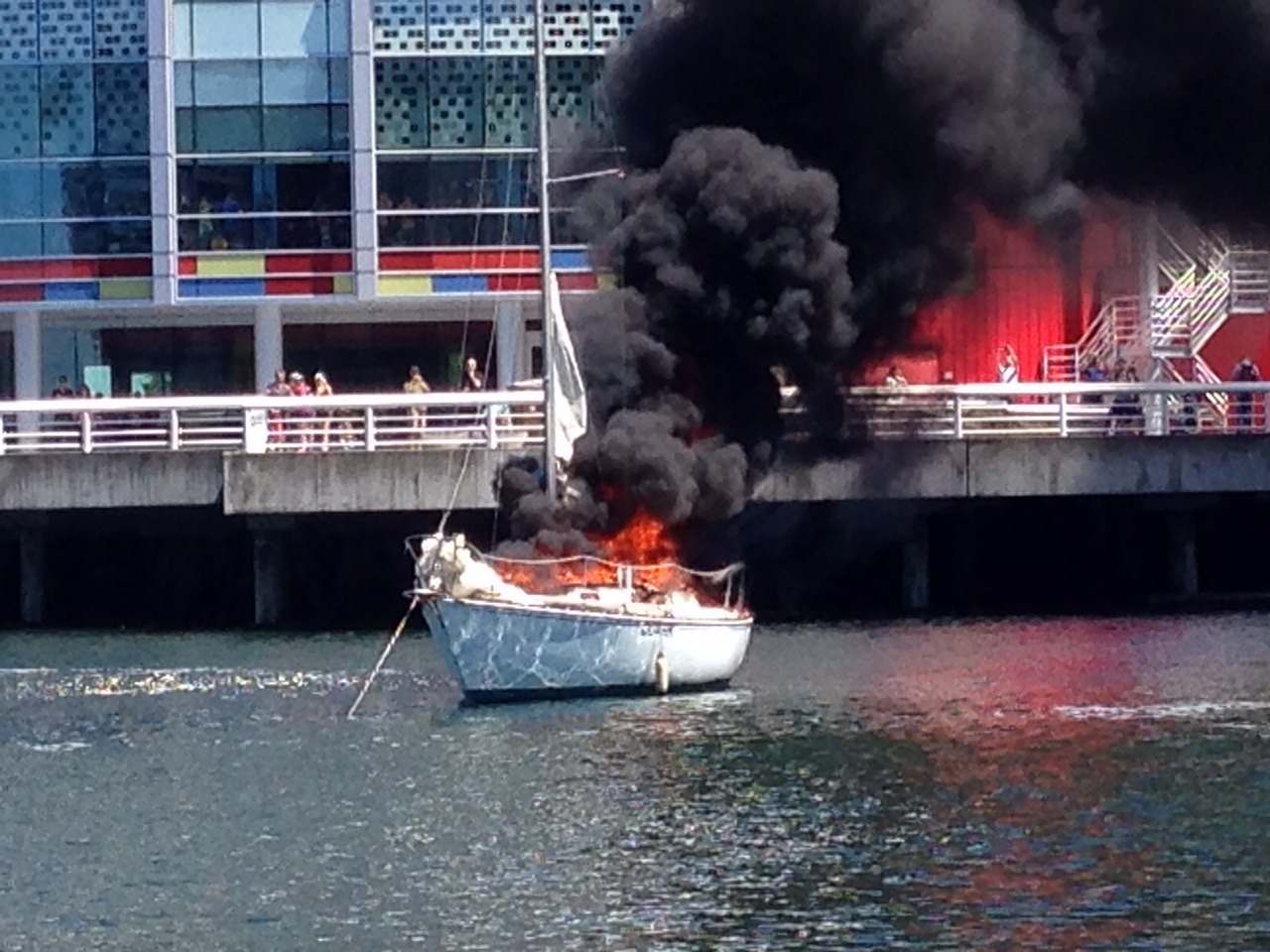 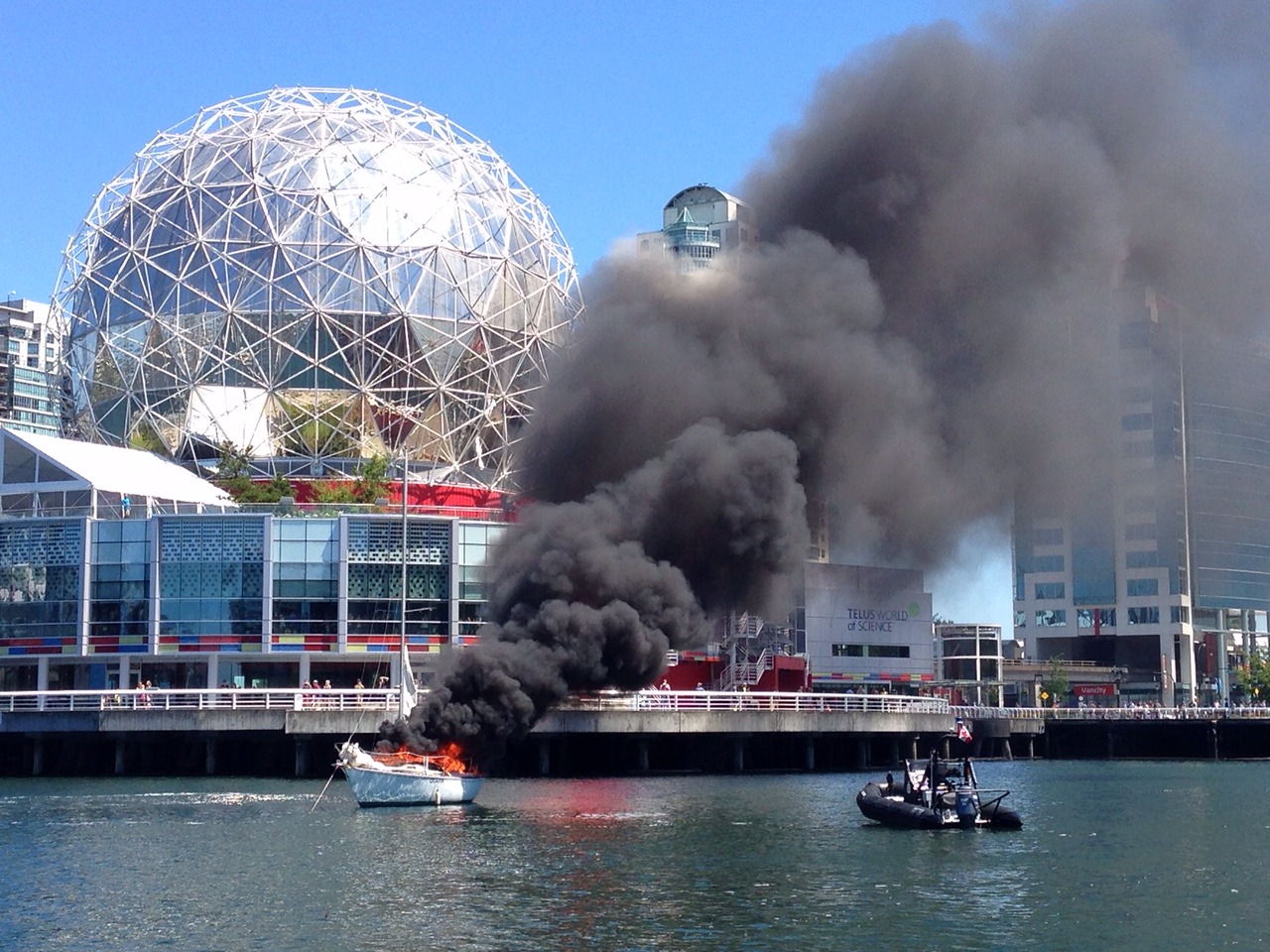 @vancitybuzz @news1130 happening now in false creek, 911 has been called and I think occupants got off safely pic.twitter.com/7hHIChX5ow

Yikes fire in #vancouver #falsecreek ? Hope everyone is ok. pic.twitter.com/kCpUuoL8zf

#Vancouver crews responding to a sail boat on fire in False Creek. pic via @AshleyBuck7 pic.twitter.com/LPEB6rh99m

Currently watching a boat fire in front of @creeksiderec @scienceworldca in false creek with rescue boats on scene pic.twitter.com/kzqag6w8FV

Boat on fire in False Creek near Science World. pic.twitter.com/5piJ5Zr9Kb