The Canucks are off to a somewhat surprising 3-0-1 start and they’ll return to the friendly confines of Rogers Arena to square off against the Blues. Vancouver will look to stay unbeaten in regulation with the Blues playing the second of a back-to-back road set.

Entering the season, the Vancouver Canucks weren’t expected to do much. Even the most optimistic of pundits were cautiously predicting limited success if everything went according to plan. Well, during the first four games of the season, the chips have fallen in the right places for Willie and the boys. Miller looks good, secondary scoring exists, and the young prospects don’t appear to be entirely out of their depth.

Touted as a serious contender once again, the St. Louis Blues have begun the season in similar fashion to the Canucks with a 3-1-0 record. Their only loss came to the Minnesota Wild in the second game of the season, with victories against the Oilers (2) and Flames. As many predicted, last year’s breakout star, Vladimir Tarasenko, is already impressing. He had a goal last night to help the Blues to a 4-2 win over the Oilers in Connor McDavid’s home debut. 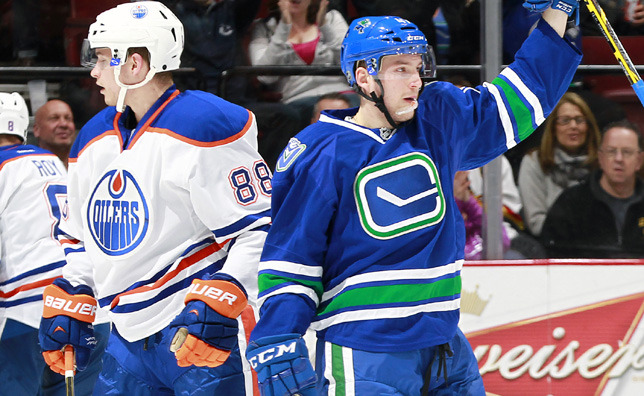 When asked about Sven Baerstchi, Willie Desjardins commented that he liked the way the young winger played in Anaheim, but wasn’t as enamored with Baertschi’s performance against the Kings. When pushed to elaborate on the youngster’s status for tonight’s game, the Canucks’ head coach responded with a rather cutting remark.

Willie on Baertschi possibly getting scratched tomorrow: "This isn't a 'try' league, it's a 'gotta get it done' league" #Canucks

Desjardins’ feelings towards young players are well known. Before last season, he was against keeping Bo Horvat around after cuts and the 9 game entry-level tryout, which makes his and any other prospect’s success all the more impressive.

Baertschi is expected to take a seat in the press box tonight, while both Jared McCann and Jake Virtanen will play.

2. Miller turning back the clock 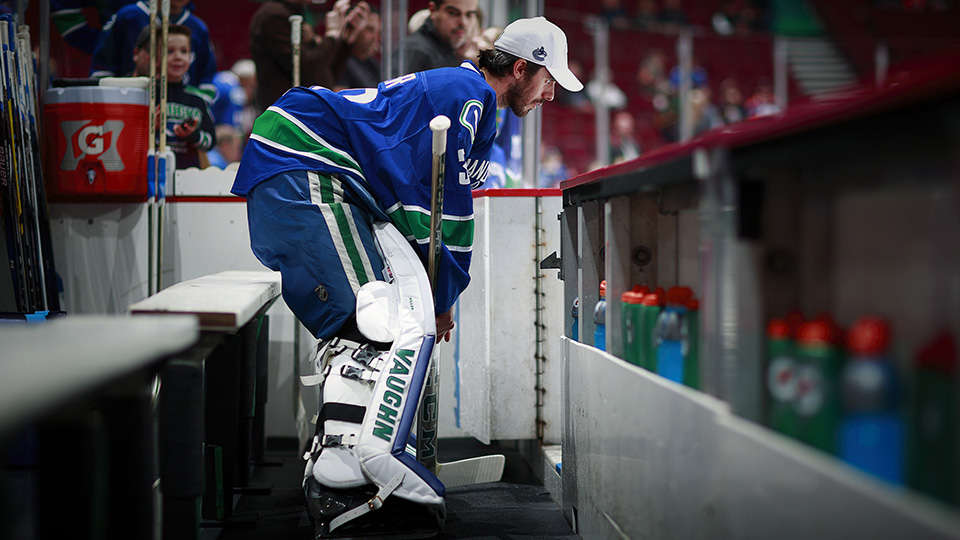 When Jim Benning signed Ryan Miller to a 3-year $18 million deal the summer before last, he claimed he was getting one of the best goalies in the league. Now, not many really believed that, because Miller hasn’t been a Vezina-calibre goalie since 2010. Marred by injuries, inconsistencies, and a particularly impressive backup goalie, Miller didn’t exactly shine in his inaugural season in Vancouver.

However, without any pressure from the injured Jacob Markstrom or pedestrian Richard Bachman, Miller has performed at a very high level for four straight games to start the season. Sporting a flashy .955 SV% and allowing just five goals in four games, Miller has kept the Canucks in several games with saves of both quality and quantity.

Due to the Canucks positive start, it is easier to overlook some of the areas that require improvement. One that has been mentioned several times is the lack of production from Radim Vrbata thus far.

With zero points in four games, you may be wondering what is wrong with the Czech sniper. Willie Desjardins isn’t worrying about it and neither should you.

Coach isn't concerned about Vrbata not scoring yet. "It's about getting chances and he is. If he wasn't, I'd be worried" – #Canucks

Last year’s third highest scorer on the Canucks leads the teams in shots (as he did last year) and is just a bounce away from scoring. Sure, not playing regularly with the Sedins will have a negative effect on his production, but you should expect to see Vrbata on the scoresheet soon.

Jake Virtanen and Jared McCann will be in the lineup tonight.

#Canucks will have three rookies in the lineup tonight for the first time since October 2nd 1999. Schaefer, Kariya and Chubarov.

That leaves Sven Baertschi and Yannick Weber out.

The St. Louis Blues will have flown into Vancouver last night after a 4-2 win in Edmonton and you can expect to see Jake Allen in net after Brian Elliott started against the Oilers. I think the Canucks will take advantage of a tired Blues team and win 4-2.