Thanks to Mother Nature, B.C.’s blueberry season got off to an early start this year, and regional farmers have been enjoying bumper crops of the versatile fruit.

At Didar Berry Farm in Delta, customers are able to enjoy just a few more days of pick-your-own, or U-Pick, with the last of the Blue Crop variety awaiting eager hands for harvest. Owner Anand Aujlay, who has been growing blueberries for 20 years, is delighted to offer U-pick, and welcomes kids and adults alike to roam his rows and cull the sweet berries to take home and enjoy.

Aujlay says his season kicked off an unprecedented three weeks early, with the farm opening up for U-pick by Father’s Day in mid-June, rather than the more typical early July. The BC Blueberry Council says this start date is the earliest start in recent memory. 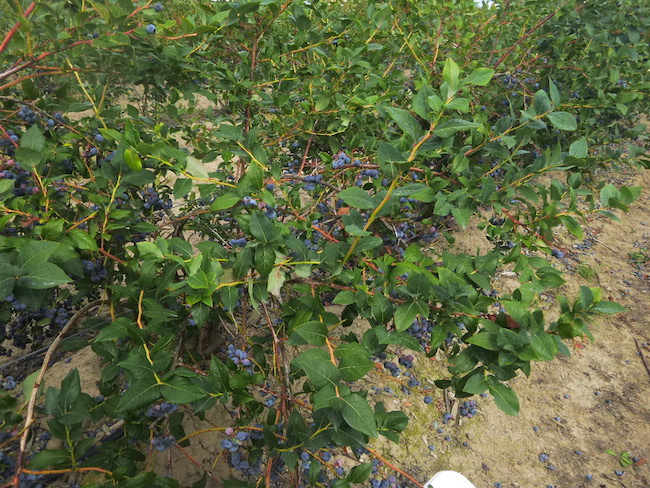 An earlier start means that for many farmers fresh blueberries will be less readily available as August winds down; Didar Berry Farm will have U-pick open for just one more weekend.

Picking your own blueberries is really easy, a lot of fun, and, of course, delicious. Didar’s Blue Crop berries are a long-lasting berry with a long growing season, and they have a long shelf life. They are sweet and almost floral in taste, almost peach-like, and nothing beats tasting them sun-warmed right off the bush. 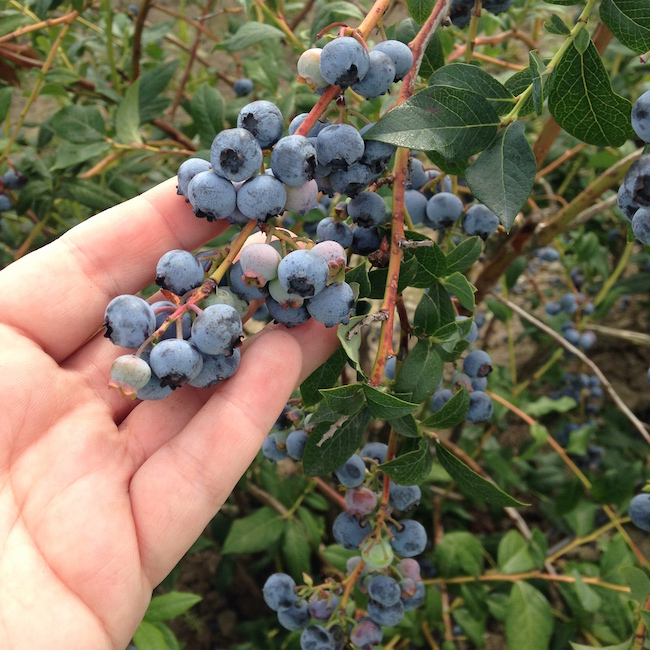 Eating the berries while picking them is par for the course, acknowledges Aujlay, who cautions pickers–especially the kids–to not eat the ones that are on the ground. Still, you’ll want to get your berries in your buckets or boxes and paid for before you really start digging into your tasty treasure.

No matter how full your buckets are, once you’re done, head to the entrance for a weigh-out; there Aujlay or his daughter will happily round out your berry box with some pre-picked gems to hit the five pound box weight. A five pound box sells for $10. Didar Berry Farm also sells berries at their farmstand, if you’d prefer to skip the labour. 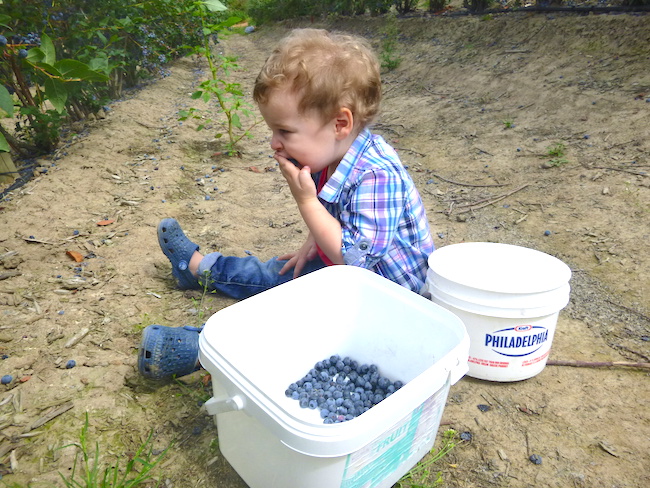 Berry picking is a summertime ritual for many Metro Vancouver residents, and it’s tasty fun right at our fingertips. Those beautiful Blue Crop blueberries can easily make their way onto plates and into bellies on their own, but they’re great tossed into salads for that antioxidant boost, or baked into any variety of sweet treats (muffins, breads, crumbles, or pies), or for kicking up your pancake recipe another notch. They’re great for sauce you can spoon onto ice cream, or even jam. Toss them in the freezer and you can extend the life of the blueberries; toss them into smoothies, or use the frozen berries in baking or popsicle-making. 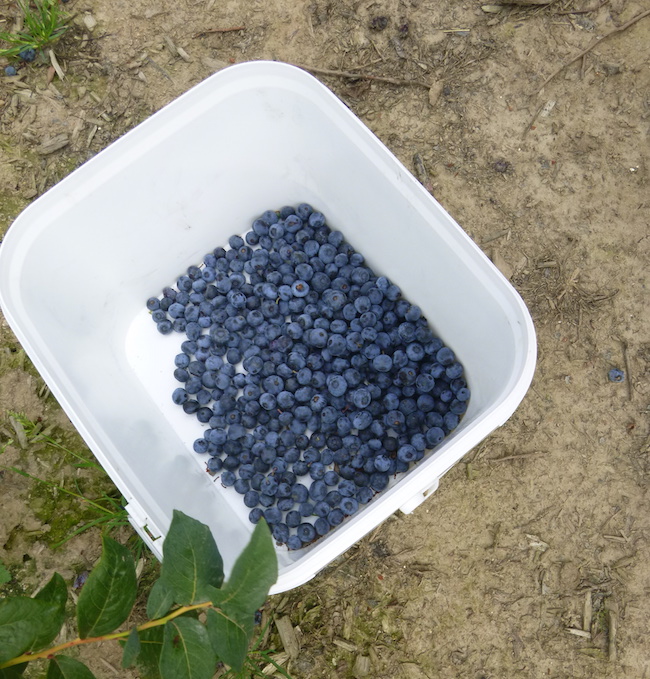 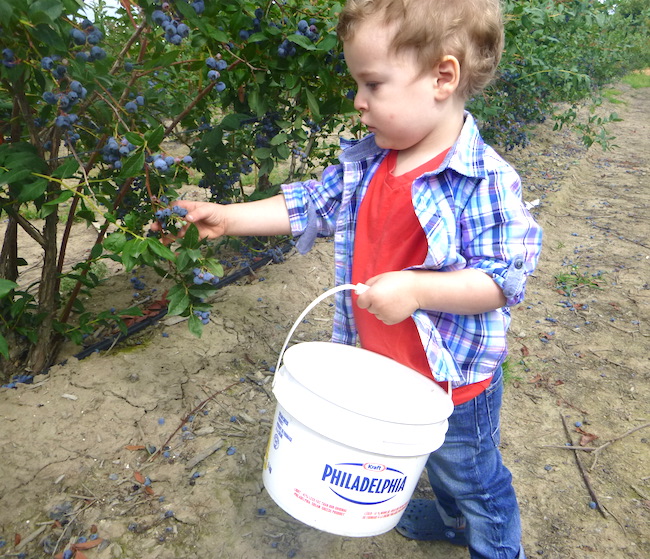 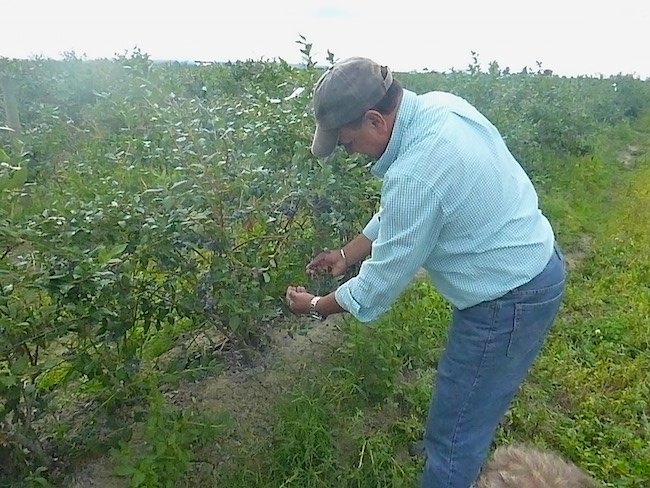 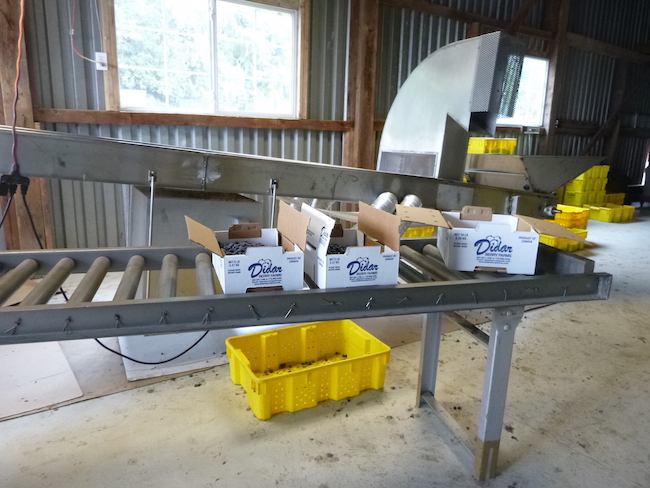 At Beaucoup Bakery, blueberries are showing up in croissants with delicious results: 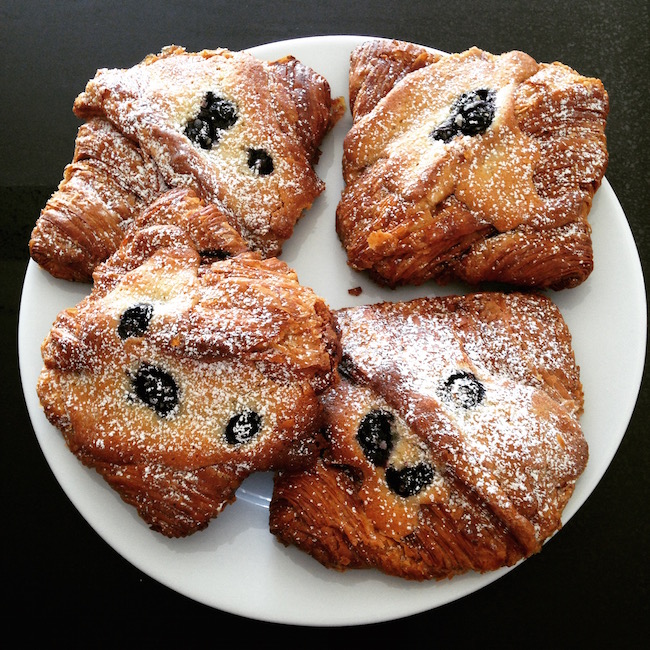 Blueberries are great in salads and side dishes, like with quinoa, feta, and herbs: 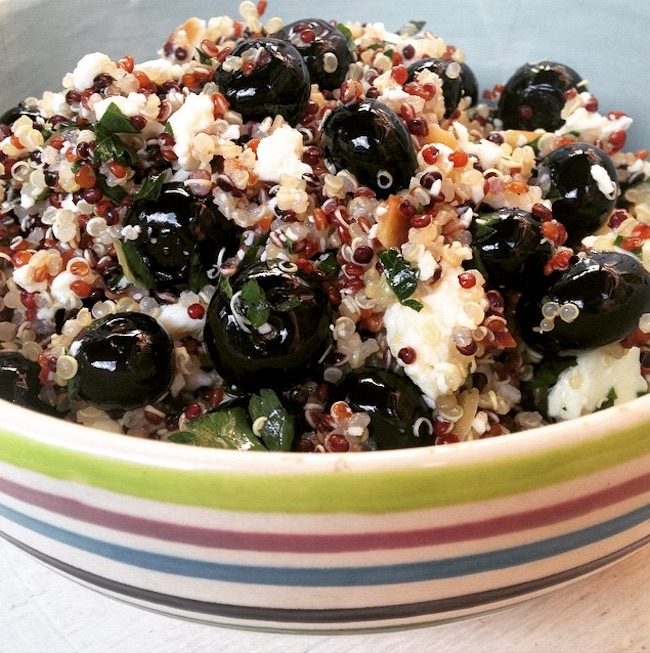 Blueberries can enhance the flavour of BC salmon, like in this dish from YEW seafood + bar at the Four Seasons: 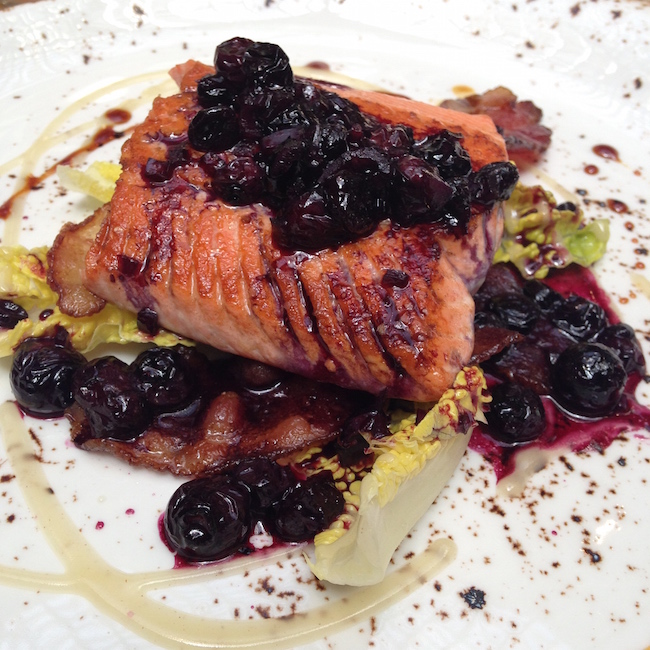 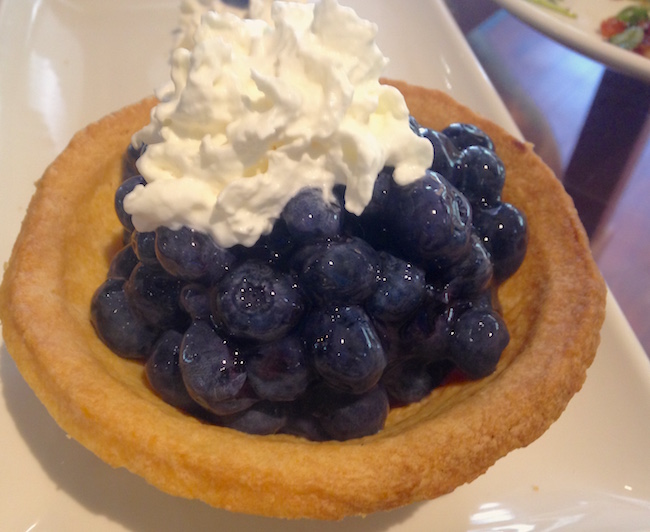