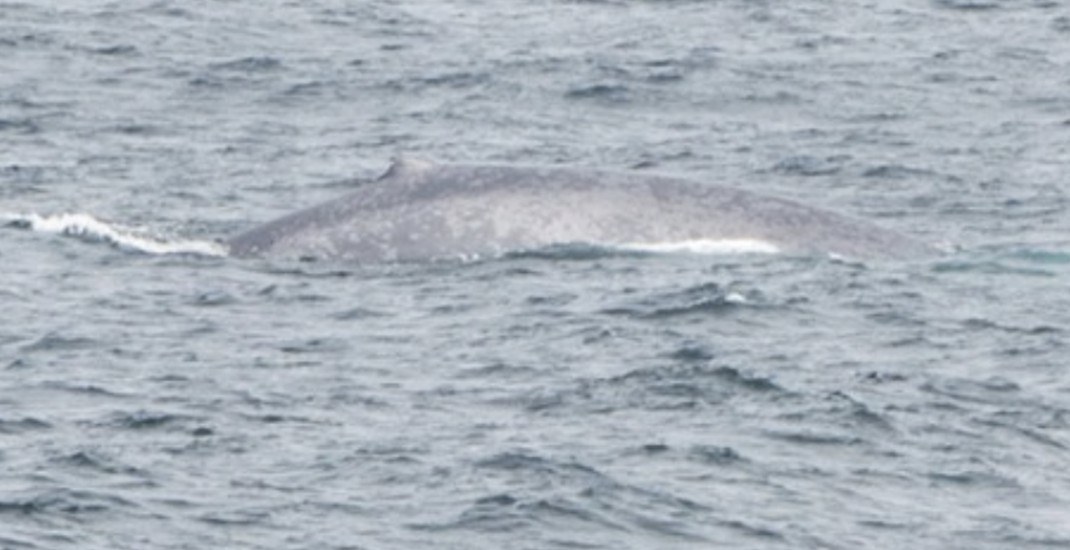 The largest animal to have ever lived on Earth was spotted off the coast of BC earlier this month.

A research team with the Department of Fisheries and Oceans (DFO) managed to snap a photo of a blue whale emerging out of the waters near Haida Gwaii.

The photo was shared on the Marine Education and Research Society’s Facebook page.

“In the presence of greatness, we documented a Blue Whale off SW Haida Gwaii. See photo and you’ll certainly note that they are aptly named as the BLUE Whale – as blue as the water around them. The photo does not do the size of the whale justice,” wrote the group on Facebook.

Blue whales are the biggest animals to have ever lived. The society says that that blue whales can be almost 30 metres long and weigh up to 150,000 kg, which is equivalent to over two logging trucks.

Its blow can reach up to six metres tall and its tongue is anywhere up to four to six metres long and can weigh nearly four metric tonnes.

A blue whale sighting is extremely rare. According to the DFO, there have been less than 50 sightings off the coast of BC since 2002.