What are the ocean’s unsung heroes? It’s an important question in an era when overfishing of common species is wreaking havoc on the seafood industry. For the 12th year, Vancouver’s seafood mecca, Blue Water Cafe, celebrates the lesser-used and unique seafoods via their “Unsung Heroes” menu, available in February.

Blue Water Executive Chef Frank Pabst has been putting the final touches on the menu, making decisions based on previous successes, and what ingredients are currently available. The result is a creative and exciting array of dishes that meld the hidden gems of the the ocean with globally-inspired flavours. 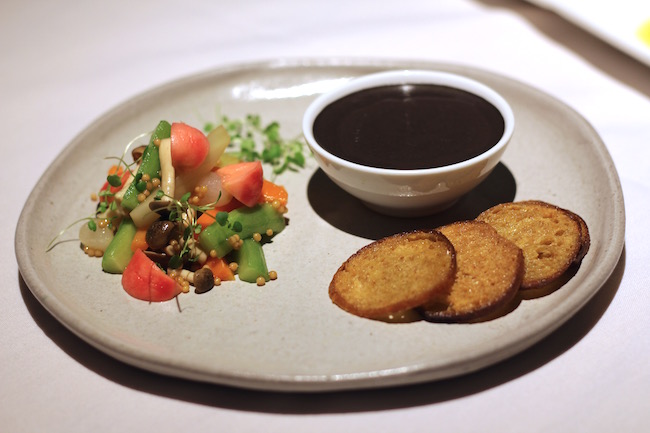 “Unsung Heroes” is to seafood as the “nose to tail” movement is for meat-eaters overall. Sturgeon may not be something unheard of, but perhaps a smooth, rich pate made of its liver is. It’s served with crackers and a melange of petite pickled veg that adds a pop of colour and twang to the liver’s inherent intensity (minus the metallic notes of a chicken or beef liver).

While fish roe may be familiar turf to sushi eaters or caviar connoisseurs, Pabst showcases a selection of three kinds of roe atop glimmering orbs of taramosalata–essentially a hummus that swaps chickpeas for fish eggs. Surprisingly not fishy, the spread is supple and light. 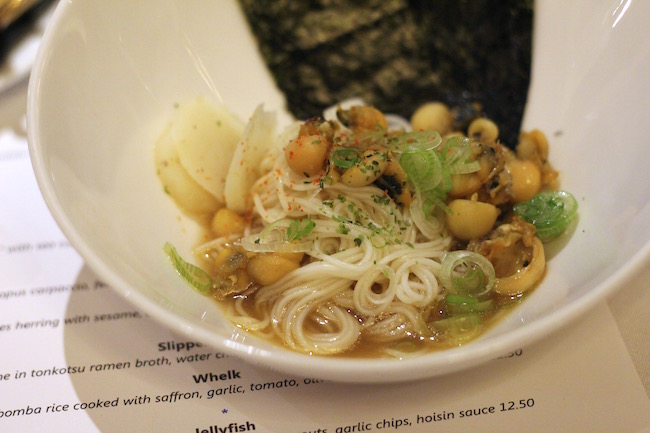 Drawing inspiration from classic Asian dishes, Pabst riffs on ramen with slipper limpet, called “poor man’s abalone,” for a quirky, satisfying slurp. Plump wedges of Matjes herring from Europe are coated in sesame seed and eaten with chopsticks, while a congee is studded with impossibly tender beef tongue and hoisin sauced jellyfish.

A “pizzetta bianca” (white mini-pizza) is topped with sea cucumber and micro greens, offering a bright and bold alternative to any ol’ slice. Hopping over to Spain, the “Unsung Heroes” menu uses paella to showcase whelk…that’s a sea snail, incidentally. In case anyone at the table is craving something a little more along the lines of a bar snack, the “Little Fishes in a Quail’s Nest” fits the bill–golden-fried smelt come with a spicy dipping sauce, and, since it is a nest, a delicate and “egg-citing” surprise beneath the finger-sized fish fries. 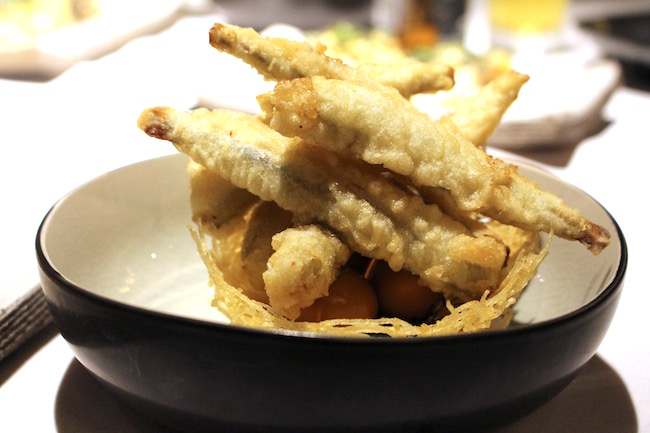 A standout dish is the gorgeous smoked mackerel, accompanied by a mix of golden beet, apple, and fingerling potatoes in a horseradish ranch dressing. The cheery sweet notes of beet and apple, along with the creamy sauce play perfectly against the robust fish.

Most subtly, and most importantly, every dish on the “Unsung Heroes” menu comes with a side helping of savvy about sustainable seafood. Blue Water Cafe launched the special dinner several years ago in order to raise awareness about the current state of the seafood industry. To further that cause, 10% of the proceeds from Unsung Heroes goes to Vancouver Aquarium’s “Ocean Wise” conservation program.

Adventurous, curious, and conservationist eaters will find Blue Water Cafe’s “Unsung Heroes” and its array of easily shared and eclectic dishes worth the deep dive. (Dive deeper still and opt to get some thoughtful wine pairings with your dinner.) The meal is also incredibly affordable; the dishes range in price from $9.50 to $12.50. The menu will be available Tuesday, February 2 through Monday, February 29, 2016. Reservations can be made online or via phone. 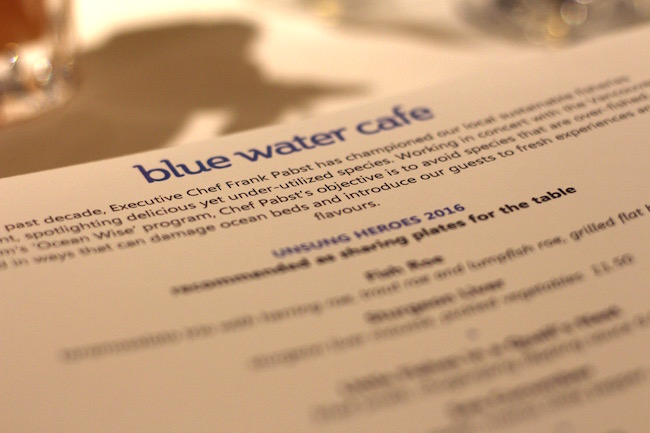 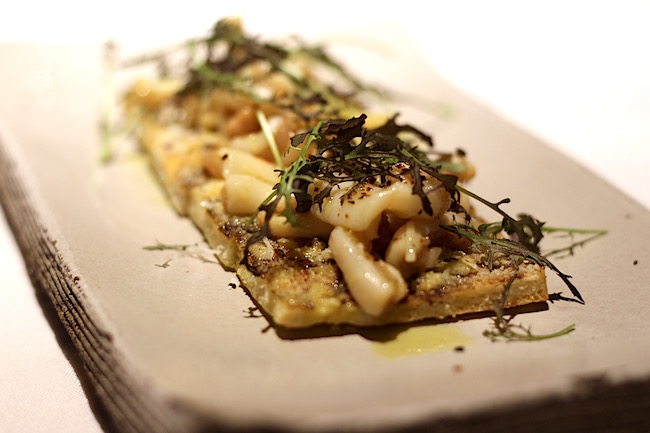 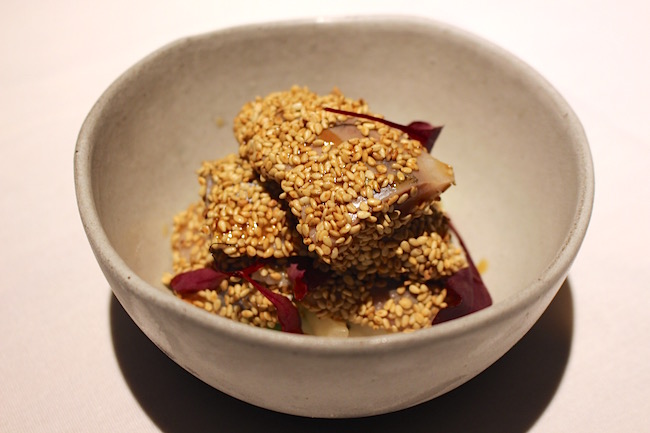 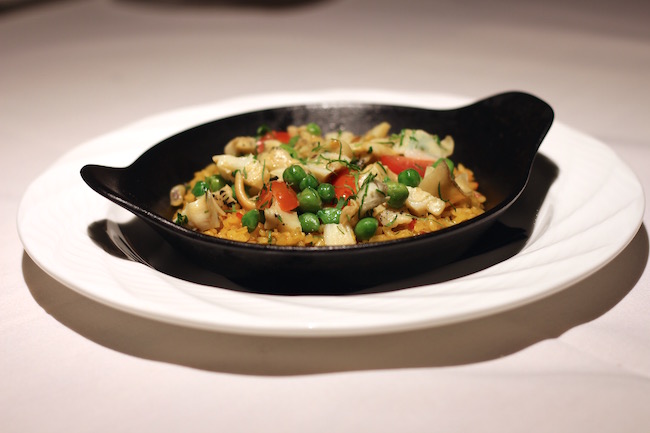