The guys are on the road promoting Live At Massey Hall, a 14-song retrospective recorded at Toronto’s iconic concert venue. A special vinyl edition of the album, complete with its very own vinyl-wrapped carrying case, is going for a cool $182 on their official website.

Blue Rodeo, fronted by singer-songwriters Jim Cuddy and Greg Keelor, have sold more than 4 million albums in Canada alone and have won 11 Juno Awards. The band were given the keys to the city of Toronto in 2001 and were awarded a star on Canada’s Walk of Fame in 2009.

Ontario’s Terra Lightfoot will serve as Blue Rodeo’s opening act. When not performing with her country band Dinner Belles, the singer does her own thing – she released her sophomore album Every Time My Mind Runs Wild last year to rave reviews. And no, she’s not related to Gordon Lightfoot, but the two have played together before.

Here’s a sneak peek at Blue Rodeo’s setlist for both concerts – be sure to check out our review of the show on Wednesday. 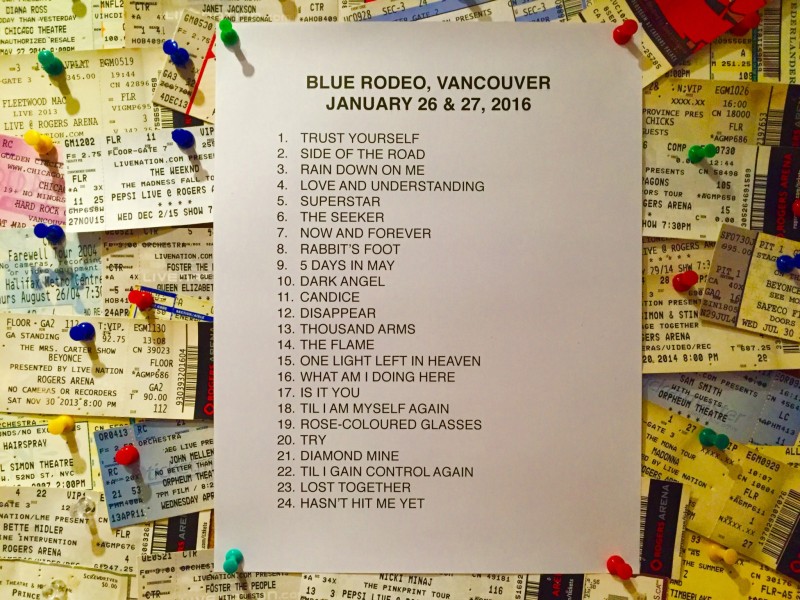