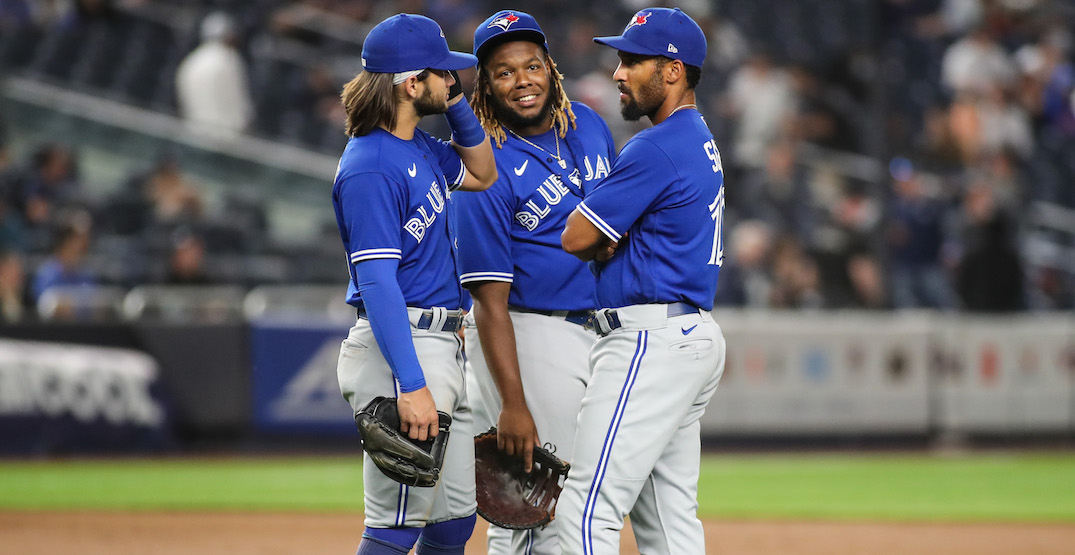 Vladimir Guerrero Jr. has jumped out to a lead in MLB All-Star fan voting.

Guerrero garnered a whopping 51% of all votes for American League first basemen, and leads the positional vote by a wide margin. Second place is currently Jose Abreu of the Chicago White Sox, who has only 9% of the AL first basemen votes.

Other Blue Jays players that have received a lot of support include second baseman Marcus Semien, who has received the most votes (34%) at his position. Bo Bichette (15%) ranks second in AL shortstop voting. Teoscar Hernandez (5%) and Randal Grichuk (4%) are fifth and sixth, respectively, in AL outfielder voting.

The top three vote getters at each position, plus the top nine outfielders, in each league will move on to the second phase of All-Star voting, which will determine the starters for the 2021 MLB All-Star Game, set for July 13 in Colorado. Final Phase 1 results will be announced on Sunday, June 27. Starters will be announced on July 1.