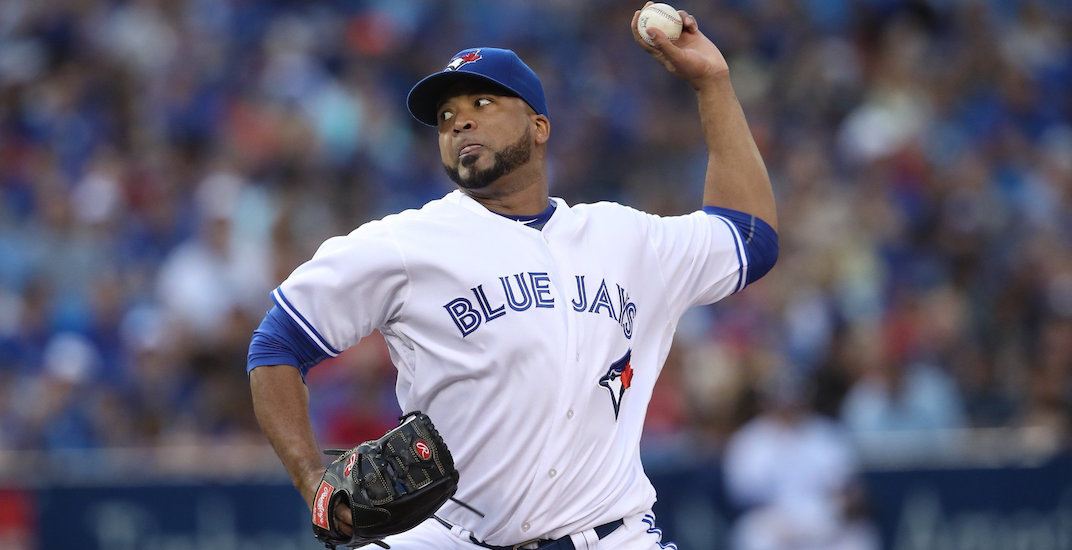 The Toronto Blue Jays have pulled the trigger on a deal on what promises to be a very busy trade deadline day for general manager Ross Atkins.

Pitcher Francisco Liriano is off to the Houston Astros, according to multiple reports. In return, the Jays will reportedly receive outfielder Nori Aoki and minor leaguer Teoscar Hernandez.

Source: Astros are sending OF Nori Aoki and a Minor League player to the Blue Jays.

Liriano is 6-5 this season with a 5.88 ERA, with 74 strikeouts, and a 1.62 WHIP. His versatility is something that the Astros will find intriguing, as the 33-year-old left-handed Dominican has experience starting and coming out of the bullpen.

Aoki has just under $2M remaining salary this season. Has a .323 OPB this season in a down year. 1yr of arb control remaining. #BlueJays

Aoki, a 35-year-old with six years of MLB experience, should slot in for the Blue Jays in left field. The native of Hyuga City, Japan has a .272 batting average and a .323 on-base percentage in what has been an off-year for him in 2017. Aoki will also give the Blue Jays another left-handed batter.

Aoki is a very good contact hitter who walks a bit and has no pop. Not a good defender. Lefty bat. #Bluejays #Jays #Astros

Hernandez is a 24-year-old outfielder who has played primarily with Houston’s triple-A affiliate in Fresno this season. The Dominican throws and bats right, and has put up good numbers – .279 batting average, .369 on-base percentage, 12 home runs – in 79 games this season in the Pacific Coast League.

It’s been difficult for Hernandez to get playing time with a loaded Astros team this season, as he’s appeared in just one game. He played 41 games for Houston last season though, compiling a .230 batting average, .304 on-base percentage, and four home runs in 100 at-bats.

The Blue Jays are expected to be sellers on Monday, before the 1 pm PT / 4 pm ET trade deadline. Stuck in last place in the AL East Division, they’re also seven games back of the second wild card spot. The playoffs are a pipe dream at this point, so the deadline should be a day for Atkins to restock his team for the future.

Liriano is a free agent at season’s end, and doesn’t fit into the Blue Jays’ future plans. The Astros, meanwhile, are gunning for a World Series given they have the best record in the American League (68-36) and a comfortable lead in their division (16 games up on the Seattle Mariners).