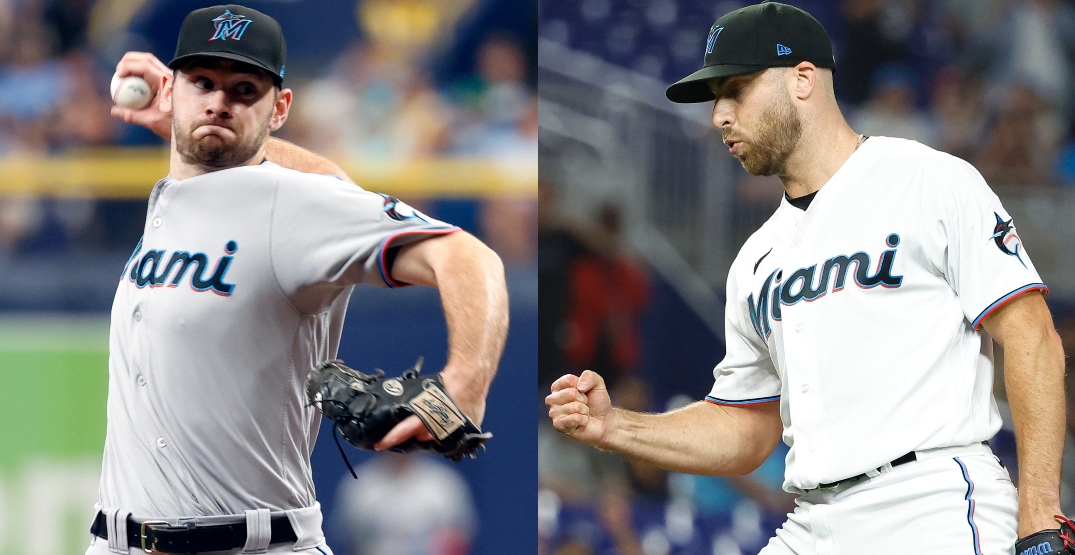 The Toronto Blue Jays have made a trade for a pair of pitchers from the Miami Marlins.

As reported by Sportsnet’s Shi Davidi, the Blue Jays have acquired Anthony Bass, Zach Pop, and a player to be named later for a trade package that includes shortstop prospect Jordan Groshans.

The Blue Jays later made the trade official.

Pop adds a bit of a Canadian connection to the lineup as well, as he hails from Brampton, Ontario.

Groshans was the #60 prospect in the league at the beginning of the season per Baseball Prospectus, and was originally selected in the first round at 12th overall in the 2018 draft. He has yet to make his Major League debut for the Blue Jays.

Groshans has hit .250/.348/.296 with one home run in 279 plate appearances at Triple-A with Buffalo in the 2022 season. Behind a crowded infield that includes Matt Chapman and Bo Bichette, it’s sensible why the Blue Jays were willing to part with the former first-round pick.

The MLB trade deadline is set for later today at 6 pm ET/3 pm PT, though deals may trickle in slightly after the deadline.