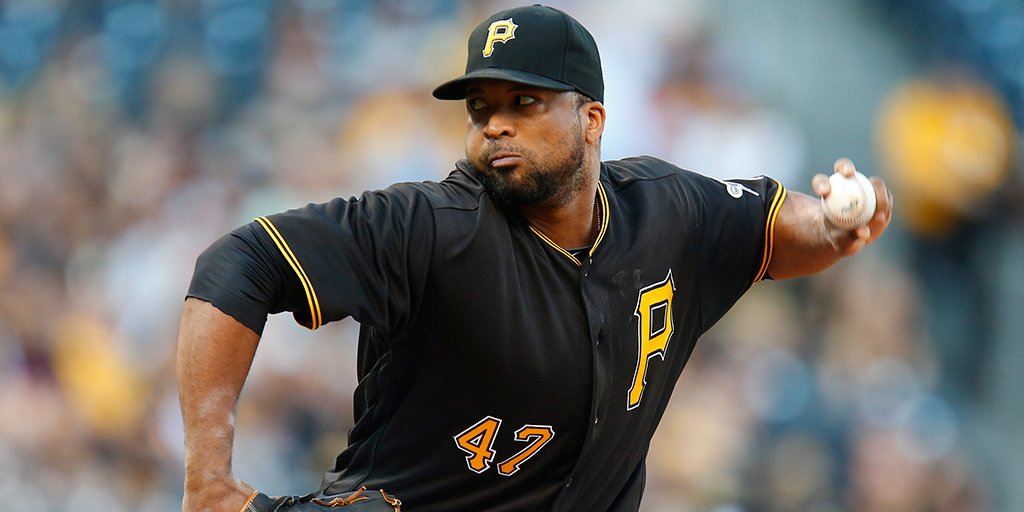 Just as general manager Ross Atkins vowed after trading for Melvin Upton Jr., the Blue Jays were in talks with almost all the available pitchers ahead of Monday’s non-waiver trade deadline. When all the dust settled, the Jays added three more arms to their roster.

Liriano seems like odd pickup for Jays. Been less than good lately.

In Liriano, the Jays have added a veteran starting pitcher, with playoff experience, to their rotation. That allows the team to follow through with their plan of moving American League ERA leader Aaron Sanchez to the bullpen before the end of the season in an effort to manage his innings.

While he still has the ability to dominate at times, the 32-year-old Liriano has struggled mightily this season (6-11, 5.46ERA) after three very solid seasons and is owed just under $14 million next season in the last year of the deal he signed with the Pirates. As a favour for taking on all of Liriano’s remaining salary, the Pirates also sent the Blue Jays a pair of 21-year-old prospects in catcher Reese McGuire and outfielder Harold Ramirez. Heading to the Pirates to complete the deal is 25-year-old starting pitcher Drew Hutchison.

Hutchison has been enjoying a solid season with AAA Buffalo this season (6-5, 3.26ERA), but was never able to find success in the major league rotation since making the big club as a 21-year-old.

FWIW on Liriano, the catcher he's had the most success with in his career… Russell Martin (2.92 ERA with Martin behind the plate)

The Blue Jays also completed two other deals earlier in the day, acquiring veteran right-hander Scott Feldman from the Houston Astros in exchange for 18-year-old Guadalupe Chavez, and landing 28-year-old right-hander in Mike Bolsinger from the Los Angeles Dodgers for pitcher Jesse Chavez and cash considerations.

While neither are flashy, Feldman and Bolsinger will help bolster the Blue Jays’ bullpen, much like Gavin Floyd did before his injury, and both players have the ability to start, should Marco Estrada’s wonky back act up or if R.A. Dickey continues to struggle.

While the Blue Jays didn’t make a big splash at the trade deadline like the Texas Rangers and Cleveland Indians, the three deals they made are very much in line with how general manager Ross Atkins and team president Mark Shapiro operate. The team, which used most of their trading ammunition at last year’s deadline, has added veteran depth to the pitching staff for a potential playoff run, while simultaneously protecting their investment in Aaron Sanchez and adding more minor league talent to their farm system after a couple seasons of withdrawals from it.

One could argue that by simply removing Sanchez from the starting rotation, the Blue Jays are a worse team, but sadly in today’s landscape where young starting pitchers are handled with kid gloves, making the move to replace him with a veteran starting pitcher had to be made.

Now the real question Blue Jays fans have to ask themselves, would you risk Aaron Sanchez’s future, to be able to experience his dominating stuff in this year’s playoffs?

The Jays’ window won’t be open for long, and this could be their best chance at a World Series title. If there was ever a time to risk it, that time is right now.