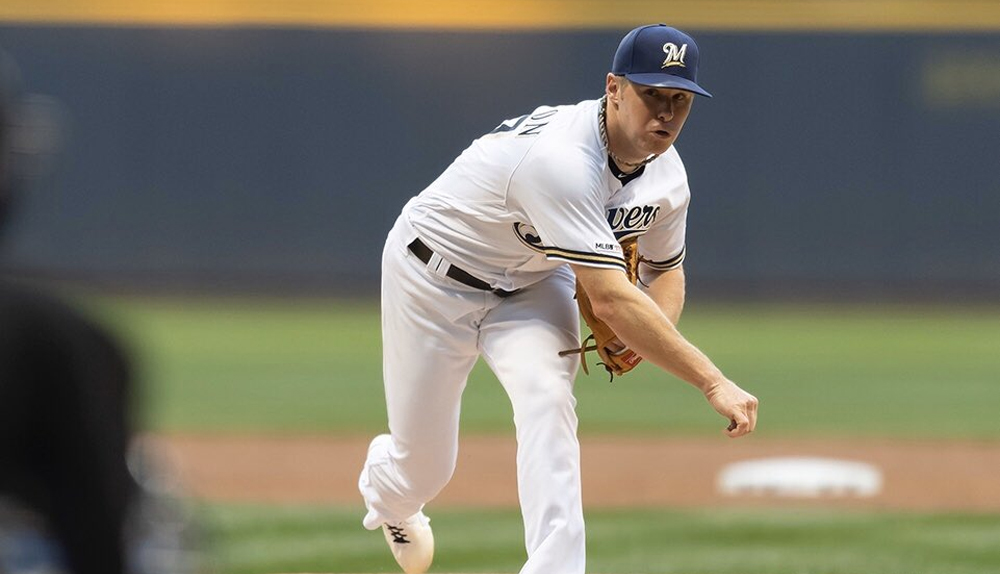 The first piece of the Toronto Blue Jays’ starting pitching puzzle has fallen into place for the 2020 season. The club announced they acquired starting pitcher Chase Anderson from the Milwaukee Brewers in exchange for prospect Chad Spanberger.

Anderson was a potential non-tender candidate for the Brewers, so the Blue Jays swooped in and hold two option years worth a potential $17 million total through the 2020 season. At $8.5 million and $9.5 million over the next two seasons, it’s a reasonable rate for a middle tier pitcher.

The soon-to-be-32-year-old posted decent numbers with the Brewers this past season: a 4.21 ERA with 124 strikeouts over 27 starts. Anderson enjoyed a career year with the Brew Crew in 2017, posting a sparkling 2.74 ERA with 133 strikeouts in 27 starts.

This trade is likely the first move of many by the Blue Jays when it comes to pitching this offseason. Improving their starting rotation was the primary mandate for Ross Atkins and company, and this trade was the first step towards overhauling a rotation in need of repair.

While Anderson’s overall numbers in 2019 weren’t that remarkable, they would have translated into some of the best statistics for Blue Jays starting pitchers in 2019. Anderson’s name joins the likes of Trent Thornton, Jacob Waguespack, Anthony Kay, T.J. Zeuch, and a rehabbing Matt Shoemaker and Ryan Borucki as candidates for the starting rotation next year.

Anderson provides some sorely needed experience to a Blue Jays starting rotation devoid of starters with more than two seasons of big league experience on their resume.

This trade was a tidy piece of business for the Blue Jays who pick up a mid-to-back-end starting pitcher for a fringe prospect. The Blue Jays have the least amount of payroll dedicated to active players for the 2020 season, so they can more than afford to pick up Anderson’s $8.5 million option.

Since breaking through during his 2014 rookie campaign with the Brewers, Anderson has made at least 21 starts per season the last six seasons. He falls right in line with what Blue Jays GM described as a “reliable, durable” starting pitcher.