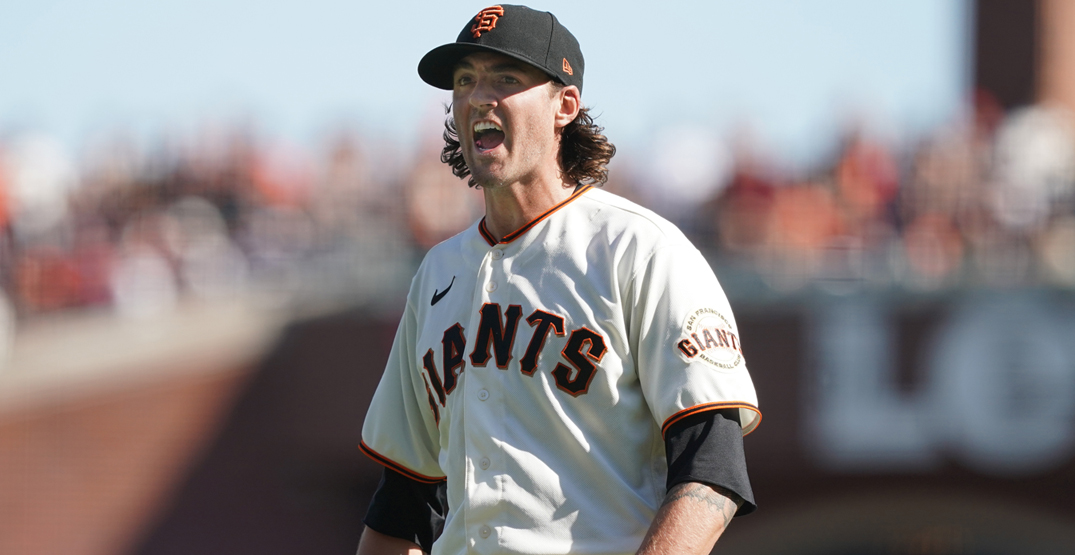 It took a few tries, but the Toronto Blue Jays finally got their man. Free agent starting pitcher Kevin Gausman is the latest member of the Blue Jays according to multiple reports. He inked a five-year, $110 million free agent deal ahead of the December 1st CBA deadline.

The Blue Jays continue to open their pocketbooks and fortify their starting rotation for the foreseeable future. Just a few weeks ago, the club re-upped starter Jose Berrios to a seven-year deal worth $131 million.

Gausman is coming off the best season of his nine-year career, named an All-Star as a member of the San Francisco Giants. He finished sixth in National League Cy Young voting, and in the top five among NL starters for strikeouts and innings pitched.

It must be Black Friday and Cyber Monday shopping season as the free agent deals are coming down fast and furious on the same day former Blue Jay Marcus Semien joined the Texas Rangers on a seven-year deal.

The Blue Jays have apparently had their sights set on Gausman for a few years. According to Ken Rosenthal of The Athletic, Toronto approached Gausman with a multi-year deal forth $40 million last winter, but he bet on himself and took the Giants’ qualifying offer.

Back in December 2019, Shi Davidi of Sportsnet reported the Blue Jays were interested in signing Gausman the first go-around, but he took a one-year, $9 million deal with the Giants instead. After swinging and missing twice on their pitcher of choice in 2019 and 2020, the third time was the charm for the Blue Jays to convince Gausman to come to Toronto.

Although Robbie Ray wasn’t extended a qualifying offer, he also took a one-year pillow contract, hoping to parlay a big season into a gigantic payday. The strategy worked for Gausman, who earns $110 million, and Ray will presumably get north of $100 million in free agency as well.

Blue Jays fans might remember Gausman as a former division-mate during his time with the Baltimore Orioles, but he became a much different pitcher once he transitioned over to the National League.

Kevin Gausman, K'ing the Side on Disgusting Splitters.

What are you supposed to do with that? 😯 pic.twitter.com/hYRiKyshIa

Armed with one of the best splitters in baseball, Gausman reinvented himself as a member of the San Francisco Giants and helped anchor their rotation this past season en route to their first NL West division title since 2012.

Via Baseball Savant’s run value metric, Gausman’s split-finger fastball had the third-lowest run value of any pitch in any pitcher’s arsenal during the 2021 campaign.

Via Baseball Savant, Kevin Gausman's splitter had the third-lowest run value of any pitch in 2021. (Robbie Ray's fastball was pretty good, too.) pic.twitter.com/eP0yZmx1re

Ray isn’t out of the picture for the Blue Jays, but one would think the Gausman deal was their lone silver bullet on the free agent starting pitching market. Gausman takes the top spot in Toronto’s rotation, followed by Berrios, Ryu, Alek Manoah and depth starters like Ross Stripling, Nate Pearson and Thomas Hatch.

The Blue Jays boasted one of the strongest starting rotations in the American League in 2021, and this year they’ll have Berrios for the entire year, they replace Ray with Gausman, and there are a few arms like Pearson and Stripling who could become even better in 2022.

If one thing has become apparent in Toronto over the last few years, it’s that this organization isn’t afraid to spend if they have the right player in their crosshairs. First it was Ryu, then Springer, and now Gausman.

The former SanFran Giant becomes the latest building block to help push this organization over the 91 win threshold and back into the postseason.