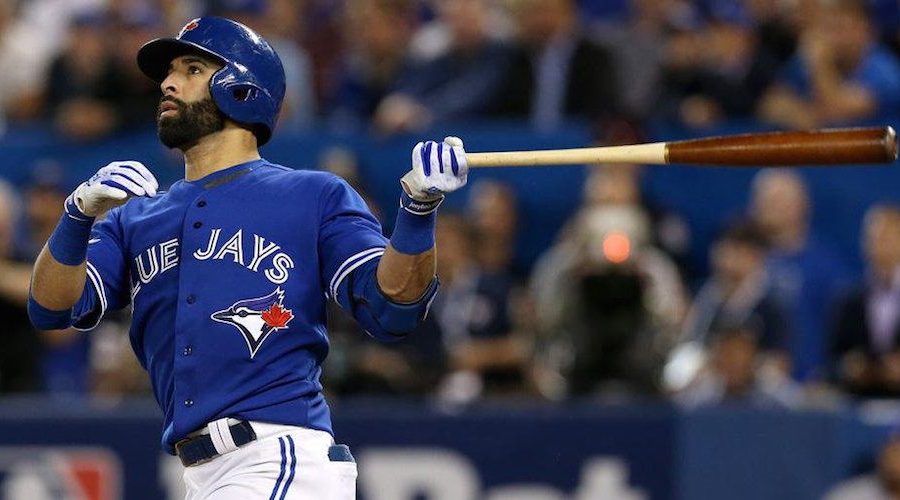 SOURCE: #BlueJays and Jose Bautista in agreement on deal pending physical. Lots of incentives, a mutual option, and could go to 3 years.

According to a report from BP Toronto, and confirmed by respected baseball insiders Ken Rosenthal and Jesse Sanchez, the Toronto Blue Jays have re-signed Jose Bautista to a one-year deal with a mutual option, pending a physical.

Bautista looked as good as gone at the end of last season.

The 36-year-old was thought to be due for big money in the offseason, despite an injury-plagued 2016 season. Conventional wisdom had the Jays spending their money on the younger and more productive Edwin Encarnacion, with Bautista going elsewhere.

But the offseason didn’t go as many envisioned. Encarnacion got significantly less money than he expected with the Cleveland Indians, and it appears Bautista will have to settle as well.

Per TSN #MLB Insider Steve Phillips: Bautista gets $18M in 2017. Could get up to $60M over 3 years with options/incentives. #BlueJays

…I mean, if you can call signing for $18 million “settling”.

Bautista saw his numbers drop across the board in 2016. He appeared in 116 games due to injury, hitting .234 with 22 home runs. His on-base percentage (.366) remained strong, ranking him eighth in the American League.

If Bautista’s down year in 2016 was more related to injury than age, the Jays just might have themselves a bargain.