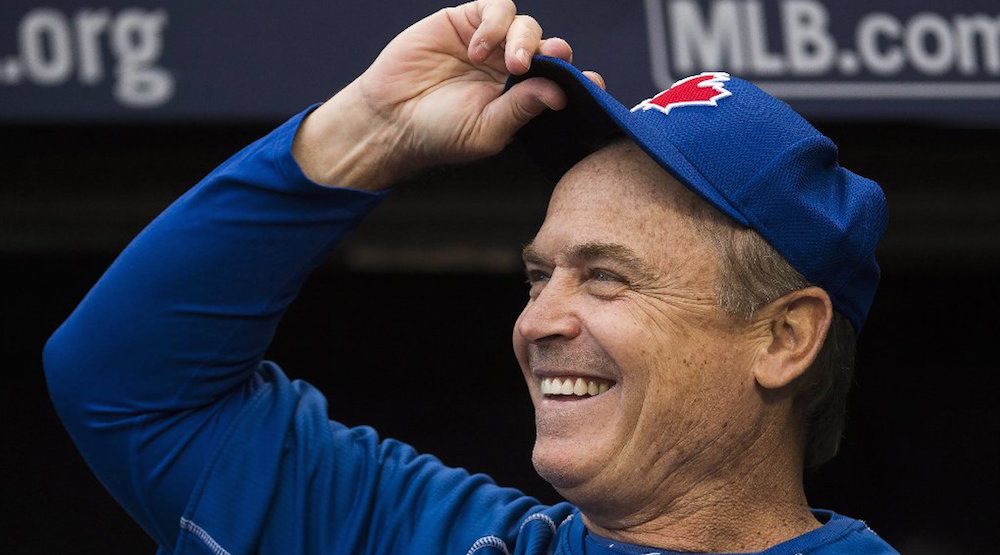 John Gibbons has led his team to back-to-back appearances in the ALCS, and on Saturday he was officially rewarded with a two-year contract extension with the Toronto Blue Jays. The Jays’ manager since 2013 is now under contract until the end of the 2019 season, with a club option for 2020.

Gibby at the podium, says after all this time with #Bluejays "I feel somewhat Canadian…which is never a bad thing." #Jays #GibbyTheBest pic.twitter.com/mWND8QB7jL

The 54-year-old has a 644-614 record as Blue Jays manager and he’s beginning to close in on Cito Gaston for most wins (894) in franchise history.

Speaking with Sportsnet’s Buck Martinez and Pat Tabler at their final spring training game in Montreal, Blue Jays GM Ross Atkins had glowing things to say about the manager he inherited since coming to Toronto.

“He’s a great human being, he’s an exceptionally talented manager that cares deeply about the right things,” Atkins said. “We feel really fortunate to be here today with John Gibbons as our manager.”

Gibbons, for his part, has the World Series on his mind.

“As far as success on the field, [the] ultimate goal is win a championship, and hopefully more than that,” Gibbons said at Saturday’s media conference. “We’ve come close to getting to the World Series the last couple of years, and [winning the World Series is] what you want to do.”

The Blue Jays begin the 2017 season on Monday in Baltimore.